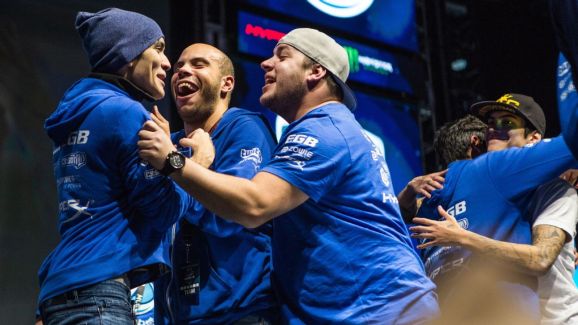 FaceIt is back with ECS Season 2.

The Esports Championship Series did well so well earlier this year that it’s returning for another round in 2016.

ECS Season 2 starts October 7, with the finals set to take place in December, and FaceIt — the company that organizes the event and provides some of the tech underlying Turner’s Eleague events on the TBS cable network — plans to offer a whole new set of teams the opportunity to join the league. Just like in Season 1, every team that makes it into the top division will own a piece of the ECS, and they will receive revenue sharing as part of that deal. Esports is a business that is already worth $748 million annually, and it should reach $1.9 billion by 2018, according to intelligence firm SuperData Research. FaceIt is trying to bite out a chunk of that by offering a deal that provides stability for teams and for pro players, which is something of a new concept in the world of professional gaming.

“The first season was a very significant learning process for us,” FaceIt chief business officer and cofounder Michele  Attisani told GamesBeat. “When it comes to Season 2, I would say the big difference is that we finally have enough room to introduce open qualifiers. And the way we are doing it is quite novel.”

Moving forward, ECS will have tier system. The teams that were in the main league last year will continue on as long as they finished above the bottom two spots in the standings. Those two last-place squads will have to face the winners from the qualifier league if they want to survive.

“We believe this will be a very interested opportunity to discover new talent, new teams, and new players,” said Attisani. “And to give them an opportunity to compete at the highest level.”

Not only will those teams get a chance to compete, they will get a piece of the ECS league themselves as well as a chance to have their say about how the competition works. For example, FaceIt will involve the teams in deciding on the rules for how one owners can approach talent that is already with another group. Right now, this involves the players, the team owners, and the league all working together as one, so it’s not exactly like collective bargaining between the a league and a union of pro players in a traditional sport, but it’s a step in that direction.

And the qualifying teams that earn a spot in the league will not miss out on any of that.

“We decided to provide an even playing field for the teams. Therefore they will receive the exact same treatment,” said Attisani. “The agreement is the same for the all the teams that are part of the league. It’s not different for each one.”

When a team agrees to that arrangement however, they are locking themselves into a certain level of guaranteed revenue. In most other leagues, nothing is guaranteed.

“The teams really helped us shape this, and they are still actively doing so,” said Attisani. “We’re very active in discussing how this can evolve over time and how we can build out this framework. This is the first time an esports league has tried this structure, therefore the path is still in front of us. It still needs to be written.”

Updated Wednesday at 9:15 a.m.: Corrected reference to Turner’s Eleague that claimed FaceIt organized the event. Instead, it provided tools to Turner to help it run the tournament.