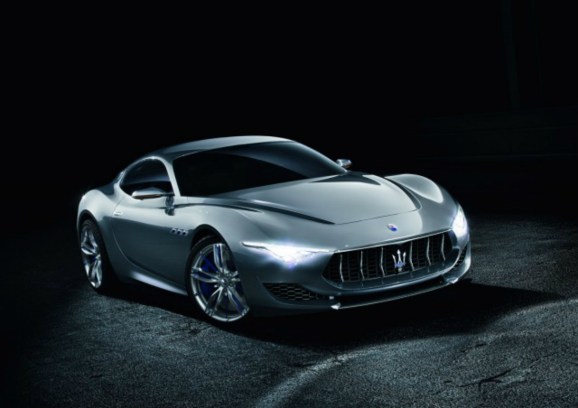 FiveAI, a U.K. startup leveraging artificial intelligence (A.I.) to build the brains for the autonomous cars of the future, has announced a $2.7 million funding round led by Amadeus Capital Partners, with participation from Spring Partners and Notion Capital.

The Bristol-based startup lays claim to six founders, including Cambridge physics graduate Stan Boland who previously cofounded two companies that sold to Broadcom and Nvidia for more than $1 billion combined. While his new venture hasn’t given too much away on exactly how its approach to autonomous driving will work, it does claim that it’s planning a system that uses “much stronger A.I. and machine learning” to enable self-driving cars to safely navigate all kinds of environments with simpler maps than has traditionally been possible. It promises to bypass the need to “survey, maintain, and share detailed 3D maps” of the world’s roads as is currently required, instead building a map of the world in real time as it goes along.

“Full autonomy will revolutionize the automotive and transportation sectors, enabling all of us to enjoy a low-cost, low-congestion, and high-convenience mobility,” said Boland, who also serves as CEO of FiveAI. “Computer vision can, for the first time, be superior to human abilities, and we will build such a capability. But safe and effective autonomous vehicles need more than just super-human perception. Humans use a variety of subtle cues and gestures to anticipate traffic events, so our technology will do the same, ensuring equipped vehicles will be both safe and decisive in complex urban traffic environments.”

The year 2016 will be remembered for many things across the technology spectrum, and FiveAI is doubling down on two of the hottest trends — autonomous driving and A.I.

Countless initiatives have been announced in recent times by car companies and tech firms alike. BMW recently announced a partnership with Intel and Mobileye to produce fully autonomous cars by 2021, while General Motors unveiled plans for autonomous vehicles when it invested $500 million in Lyft. Elsewhere, Toyota poached Google’s head of robotics to lead its own in-house A.I. and set up a 50-person research lab to investigate ways to create autonomous vehicles.

A number of self-driving startups have come to the fore too, including Cruise Automation, which was acquired by GM for over $1 billion earlier this year.

We’re told that FiveAI’s funding will be used to grow its team, expedite development, and begin both simulator and real-world road-testing of its software. Once market-ready, FiveAI says that it will target “major players in the mobility industry” around the world, including automotive original equipment manufacturers (OEMs), industry suppliers, rental companies, and transport operators.

“FiveAI has a world-class technology founding team which we have backed three times before and which has successfully built and exited companies worth over $1 billion,” said Hermann Hauser, cofounder and partner at Amadeus Capital. “Europe is home to many of the world’s top automotive OEMs and transportation operators, and the U.K. in particular is a hotbed for emerging A.I. and machine-learning talent. We’re excited to support this team in building a European powerhouse for autonomous vehicle technology, through the use of machine learning and state-of-the-art university research to revolutionize the guidance systems for autonomous vehicles.”