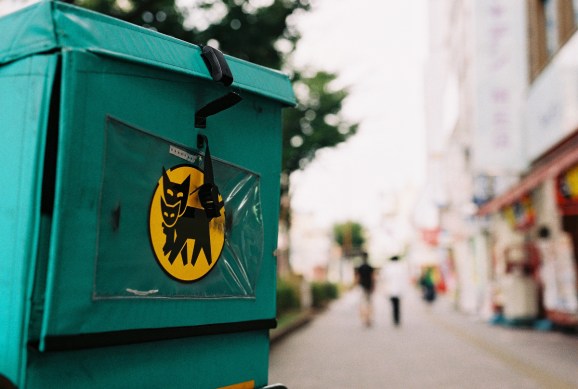 A bot that automates communication with the customers of one of Japan’s largest delivery companies was debuted by PandoraBots at MobileBeat today. Created by VentureBeat, MobileBeat is a two-day gathering of artificial intelligence and chatbot industry leaders.

Sine its launch in January, about 1.6 million Line users have interacted with the Yamato Transport Line account. Since the bot went live June 27, that number has grown to 1.74 million.

The bot was created in cooperation with Yamato Transport, marketing company Hakuhodo, and Line, whose IPO hits stock exchanges in Tokyo and New York Thursday and Tokyo Friday.

Customers can ask the bot questions about the company and change the date, time, or location of a delivery.

PandoraBots, based in Oakland, has helped DIY makers and companies create hundreds of thousands of bots since its first bot-making kits were created in 2002. The company is responsible for bots such as Mitsuku and A.L.I.C.E., the bot that inspired Spike Jonze to create the movie Her. PandoraBots also helped bring to life characters like this Fake Captain Kirk bot, whose responses are based on William Shatner’s lines in old Star Trek scripts.

While some PandoraBots are known for having personality, the Yamato Transport bot focuses on being polite. As bot pioneer Robert Hoffer said earlier in the day at MobileBeat, bots need more than A.I. and NLP.

“Personality doesn’t mean the bot has to have a dramatic backstory or be really sassy or funny. It just should be on brand, like Robert said, it should have soul,” said Kunze.