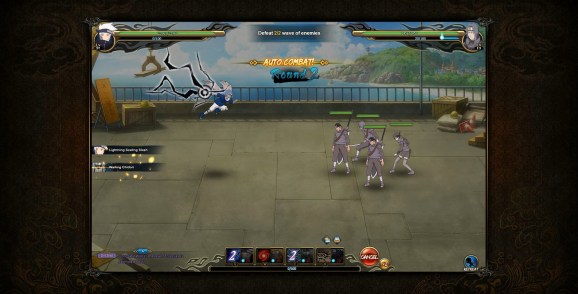 Naruto is about to ninja kick his way into your browser.

Oasis Games announced today that it will publish Naruto Online for Western markets on July 20. It is a free, massively multiplayer online role-playing game (MMORPG) made for browsers based on the popular anime and manga. The manga has sold over 200 million copies in 35 countries. We’ve also seen dozens of Naruto games released for console and PC. Oasis is an independent game company based in China that specializes in bringing MMOs like this to the West.

“While the game faithfully follows the story portrayed in the anime series, Naruto Online is the only game you can continue the tale,” Oasis Games noted in a press release. “Additionally, five brand-new characters that represent the elements of earth, water, fire, wind, and lightning will be introduced. Players can choose to become one of these characters and start a new adventure, gaining experience in a variety of different types of quests and gameplay modes.”

Since it is a browser game, you won’t have to download anything to start playing. Oasis notes that people will be able to create an account and start playing within minutes.