Nest has made an update to its Nest Cam that — while won’t necessarily appeal to everyone — is likely going to solve an issue people may have had with the company’s security camera: Efficiency in the outdoors. The Alphabet-owned company today revealed Nest Cam Outdoor, a new camera model with the same simplicity as before, but specifically geared to protecting your home from intruders before they enter your property.

In addition, the company shared updates that are coming to its Nest app, including greater controls over all your devices and sharing, plus new alerts when your Nest Cam spots a person.

The same camera, but now all-weather

Today’s announcement marks Nest’s latest adventures in the security hardware space, which started with the company’s $555 million acquisition of Dropcam in 2014. From there, Nest began to retire the Dropcam brand, even debuting a new model in 2015 — with motion sensors, phone alerts, microphone, and speakers — under the Google umbrella. 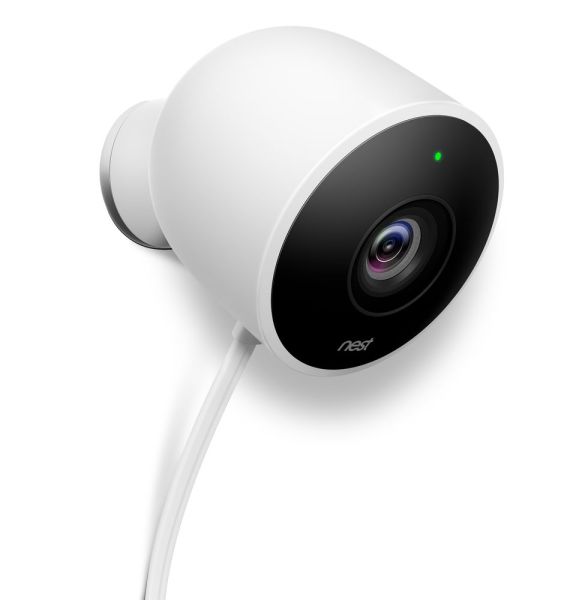 Product manager Mehul Nariyawala explained that the latest news was part of the journey to building the best possible security camera. He said that when Nest began building its wired Nest Cam, the market was inundated by battery-powered do-it-yourself devices. But the problem was that the motion light on these cameras only worked when you went in front of it and shook or danced. “How can you call it a security camera if it’s off all the time?” Nariyawala asked. Another concern was how to have its camera record both video and audio.

Although Nariyawala didn’t share how many cameras have been sold, he did say that “more than 30 percent” of Nest Cam owners point their cameras outside “because of simplicity and convenience.” This is because the number one burglary deterrent is having a camera, which even ranks above having people at home or an installed alarm.

The Nest Cam Outdoor offers the same software features you’d get with the rebranded Nest Cam Indoor. But what’s different is the design, which is weatherproof, comes with a 25-foot cable, and not only records audio, but features two-way talk, complete with strategically placed speakers at the bottom of the camera so your voice will reflect off the wall of your house.

While the indoor version is black, its outdoor cousin is larger and comes in white. This was done intentionally in order to create an aesthetically beautiful camera that blends in with the exterior of a home. The company claims that installation is easy, as with any of its other products — Nest Cam Outdoor comes with a dual-magnetic plate and cable clips to tether the power cable to the camera. Nariyawala shared that the length of the power cable was determined by research with Nest Cam users who told the company that they typically placed an outdoor camera within 25 feet of an outlet. But don’t worry about burglars circumventing your security system by simply cutting the cable. Once the camera is unplugged, you’ll receive an alert on your phone,and you’ll be able to see the last thing it recorded.

Thieves won’t be able to wipe away the evidence, either, as all recordings are stored in the cloud, and, like other Nest Cams, each device can only be associated with one account.

We all know friends or family members who have Nest Cams, and they use them for a variety of reasons, whether as a baby monitor or nanny cam or even placed outside to capture mischievous activity such as a raccoon attack, or even criminal events like the one that befell Y Combinator partner Justin Kan. And while people have, until now, had to MacGyver their Nest Cams to work outdoors, the company has heard their requests.

“Nest Cam Outdoor brings thoughtful security outside of customers’ homes, helping them secure their property and giving them more ways to watch over their families, even when they’re miles away,” said Maxime Veron, the company’s director of hardware product marketing.

To use the device, turn on the camera and plug it into an outlet. Then, download the Nest app and follow the instructions to pair it with the Nest Cam Outdoor. Choose a spot out of direct sunlight anywhere around your house’s exterior and let it run.

Presale orders for Nest Cam Outdoor start today, with the device officially going on sale later this fall. It’s priced at $199 for a single unit and will be available in the U.S. and Canada, both on Nest’s website and at Best Buy. Packs of multiple units are planned later this year.

Nest will bring its new security camera model to the U.K., France, Netherlands, Belgium, and Ireland later this year. 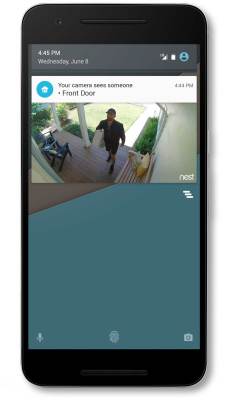 The release of the Nest Cam Outdoor comes with a new alert notification that’s built on top of the company’s machine learning and computer vision. Called Person Alerts, it’ll send a mobile ping to your phone letting you know if someone is in view of the camera. But rather than just telling you that there’s activity, Nest can say whether it’s a human being, a leaf, a car passing by, or a wandering animal.

“The future is about intelligent alerts. Customers want to know when something is happening that genuinely deserves their attention. Person alerts are the first of many innovations that will make Nest Cam a more helpful partner in securing the home,” Veron explained.

Person Alerts will be available to those with a Nest Aware subscription, the premium offering that provides 24-hour a day, 7-day a week continuous high-definition recording, up to 30-day video history, and more. It will work with all Nest cameras. Every new security camera comes with one month free trial of Nest Aware.

Nest’s Person Alerts will be available in September. 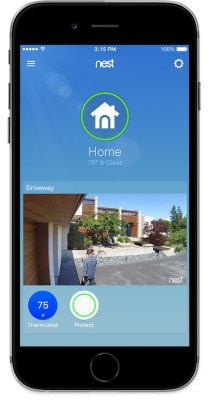 Above: Nest’s redesigned app features a tool called Spaces giving you greater control over all your Nest devices.

Along with a new device, Nest is also planning on redesigning its iOS and Android apps with additional features. Coming later this month, you’ll be able to manage all Nest devices in your home using Spaces. This feature lets you see what’s happening with all of your products, from a thermostat to a smoke detector to a security camera, room by room. Each camera feed can be expanded to full width so you’ll be able to understand exactly what’s going on at a glance. Should you be connected via Wi-Fi, the app will livestream what’s going on in the room.

You will also soon be able to do secure private sharing, in which password-protected livestreams can be given to multiple people. Do you want your relatives to keep an eye on your child during the day? Do you happen to be on vacation and need someone to watch over your home?

The Nest app is also getting a tool to automatically adjust the bandwidth of the Nest Cam so that the feed is optimized and to avoid buffering. For those with a Dropcam Pro account, high-resolution viewing is now available when they upgrade to the new Nest app.

And there’s more: When the redesigned app is released, it has wearable support for the Apple Watch and Android Wear for the company’s Nest smart thermostat, allowing you to modify the temperature right from your wrist. Unfortunately, Nest Cam and Nest Protect isn’t available.

The release of this new product and app update comes more than a month after Nest founder and CEO Tony Fadell announced that he will be stepping down. He was replaced by Marwan Fawaz, the head of Motorola Home. It came at a time when the company faced scrutiny about its pace of innovation, which some attributed to the sluggish nature to Fadell’s leadership.