Nintendo has been laughing all the way to the bank this past week with the runaway success of the Pokémon Go augmented reality mobile app, but the Japanese gaming giant isn’t done cashing in on nostalgia quite yet.

The company has just announced a version of its classic Nintendo Entertainment System (NES) console from the early 1980s, fittingly titled the NES Classic Edition. We’ve seen a wave of nostalgia across the gaming realm in recent times, and today’s news comes a few months after Sinclair ZX Spectrum announced plans to target retro fans with a new handheld console. Indeed, retro gaming is more than a fad — it’s a growing market, with publishers increasingly releasing collections and remasters of older classic.

Launching on November 11 for $60, the NES packs a much smaller size this time around, and judging by the promo shots, it sits neatly in the palm of your hand. It also ships with 30 built-in games, including Super Mario Bros., Balloon Fight, Castlevania, Donkey Kong, Final Fantasy, Ghosts ‘n Goblins, Pac-Man, and the Legend of Zelda. The console also comes with an HDMI cable to plug into TV.

“We wanted to give fans of all ages the opportunity to revisit Nintendo’s original system and rediscover why they fell in love with Nintendo in the first place,” said Reggie Fils-Aime, president and chief operating officer of Nintendo’s American arm, in a press release. “The Nintendo Entertainment System: NES Classic Edition is ideal for anyone who remembers playing the NES, or who wants to pass on those nostalgic memories to the next generation of gamers.”

The console comes with the same familiar controller that shipped with the original NES all those years ago, and for two-player games, you can buy an extra controller for around $10. It would’ve been neat had Nintendo infused the controller with some modern-day smarts such as wireless connectivity, but perhaps that would’ve been too much of a deviation from the original gaming experience. If you’re already a Wii-owner, then it will also work with a Wii Classic Controller Pro or a Wii U Classic Controller. 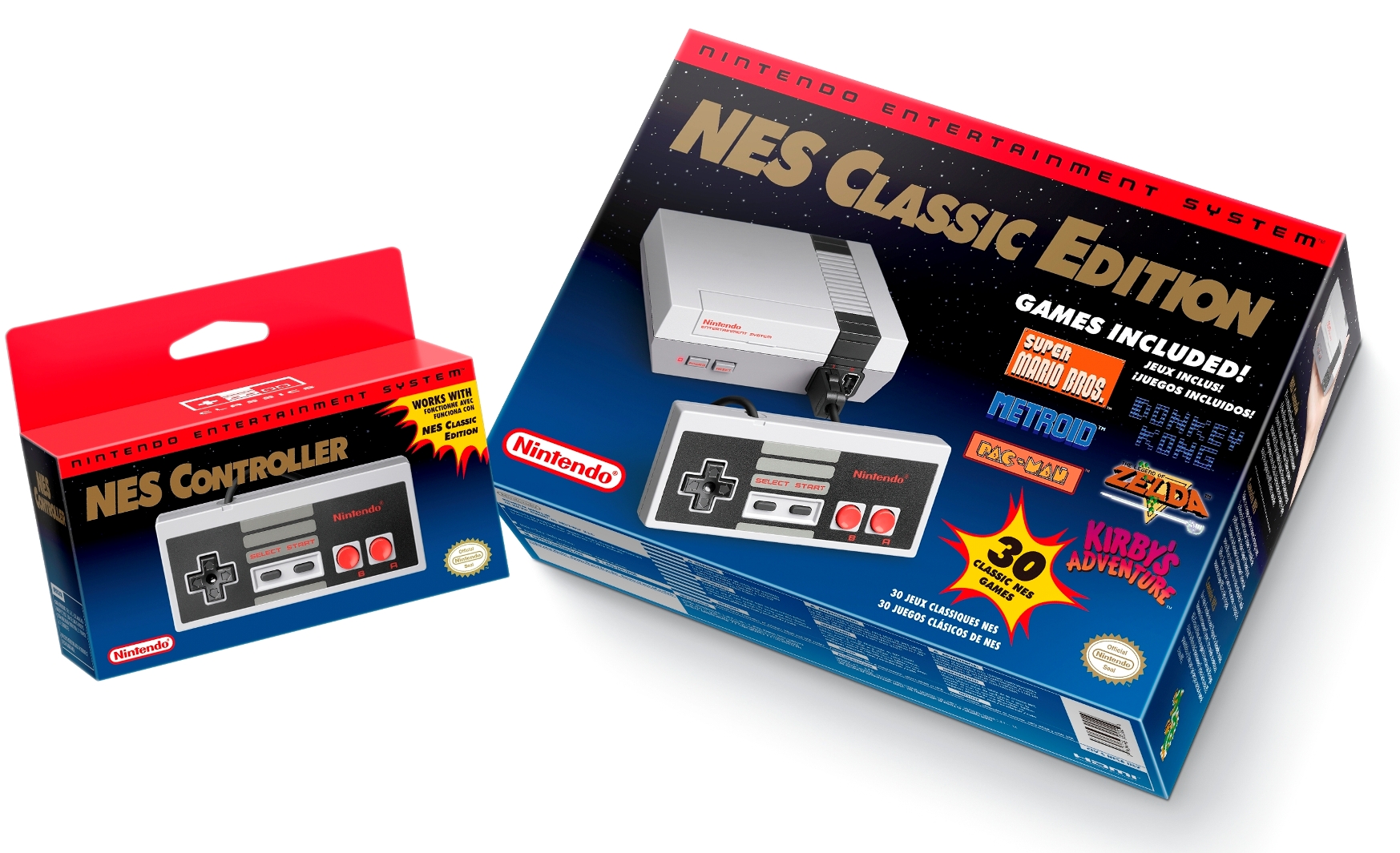 Interestingly, the controller can hook up to Wii Remote controller and used to play additional NES games on a Wii or Wii U too for a more “authentic” experience. These are games you buy and download from Nintendo’s Virtual Console in its eShop, full of classics from the NES, the Super Nintendo, and the Nintendo 64.

It appears as that the NES Classic Edition cannot be connected to the internet, meaning users won’t be able to directly access the Virtual Console for additional games.

While the NES will hold a special place in the hearts of million of people around the world, we should also remember that the original console was largely responsible for bringing the home console market back from the brink of oblivion when it launched in 1985. After a number of boom years, the North American gaming industry entered something of a slump due to a combination of factors in the two years leading to the NES launch, and Nintendo played a major part in the industry’s recovery.

The timing of the NES Classic Edition’s launch, six weeks before Christmas, is notable, too — this could go down as one of the most popular gifts this holiday season.