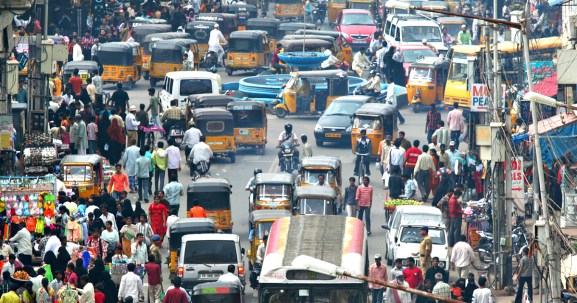 There are bots that can tell you the weather report for California. A new bot from Whole Foods Market can feed you recipes as you shop. Of the 11,000 chatbots now on Facebook Messenger, the vast majority are for U.S. users in English and are focused on U.S. locales.

Now, a personal assistant chatbot called Haptik is making a splash — and all of the original development work occurred in India and was aimed at Indian consumers. This process proved challenging, especially since most chatbot development frameworks are meant to help U.S. developers.

It’s important to know that Haptik is not exactly a bot. The A.I. is assisted by human operators who can remind you about your emails, upcoming travel dates, and other daily tasks. Together, the assistants can help you complete tasks like ordering food or looking for the best cell phone plan. The initial inquiries are handled by a bot, which processes 1.3 million requests per month.

One of the team’s biggest challenges was not just developing the A.I., but creating a bot for a culture that is not as used to robotic tools, like self-driving cars and the Alexa voice assistant, as U.S. users are.

For starters, there are some key differences between what users want in a chatbot in India versus in the U.S. In India, users are not impressed by “magical” features. Aakrit Vaish, the CEO and cofounder of Haptik, told me that users in India tend to want specific guidance. They like filling out forms; they like knowing there is a flow to an app and a chat; they like things to be more predictable.

In fact, when a chatbot is too free-form and simplistic, users in India tend to view it as underpowered and not useful. That’s not as true in the U.S., where there’s a cat chatbot that tells you the weather and another bot that takes prayer requests.

Another interesting difference is that in India, people tend to know English but are not as comfortable typing and writing commands in English. This means that a bot might work better in English if it uses spoken commands, but it won’t be easily ported over to the U.S. as a textbot. These issues all factor into how a bot can be scaled. There’s a larger opportunity for text-based chatbots in the U.S. to work in messaging apps, because Apple, Google, and others already dominate voice A.I. apps.

As far as the tools, Haptik found that there were no mature A.I. platforms available in India, so the company had to build its own. That proved to be a benefit in the end, because as Haptik looks to other markets, it can do its own customization and scale quickly.

The company has already discovered one obvious trend: For now, chatbots in India and in the U.S. will likely rely on human assistance to understand deeper meaning in conversation.

“Our learnings over the past three years have been that to truly build an assistant service, you need a combination of bots and humans,” said Vaish. “People have very low tolerance for when a bot breaks, lower than when an app doesn’t work. Chatbots do a great job of request processing and initial recommendation, but curation needs to be human-driven.”

“The way we look at it, a chatbot is not a machine masquerading as an individual, but actually an interface,” he continued. “It’s about how well you can design the experience between taps and freeform messages while keeping the sanctity of the chat interface alive, at the same time making sure the request gets processed faster than what an app for that use case would.”