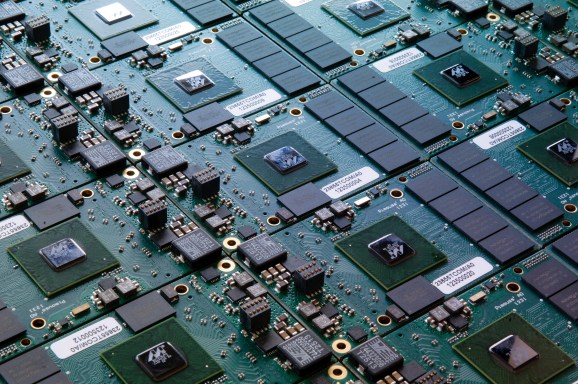 Japan’s SoftBank Group is close to closing a deal to purchase ARM Holdings for $32.4 billion in cash, according to reports in the New York Times, Bloomberg and the Wall Street Journal. The media outlets cited sources familiar with the matter.

The move will cement SoftBank’s role as a major player in mobile communications, and it also gives the company a big foothold in the broader chip industry. Cambridge, England-based ARM designs the underlying architecture for chips. Billions of chips are shipped every year by hardware and chip design partners that use the architecture as the building blocks for their mobile hardware — from smartphones to Internet of Things processors.

Scores of companies have used the ARM architecture for mobile chips, which have simple processing instructions that make for more efficient computing. That efficiency enables the chips to operate on lower power, and it allows them to fit into smaller devices than chips made by rivals such as Intel can. In fact, ARM’s domination of low-power chips is what enabled the relatively small company to become a behemoth in the chip industry.

ARM also serves as a good argument in favor of alliances between companies that work together in a common ecosystem. It’s not clear exactly why SoftBank is interested in buying ARM, but SoftBank has clearly made big bets in mobile communications, as evidenced by its purchase of mobile carrier Sprint in the U.S. When chip makers such as Qualcomm or Apple use ARM-based processors in their designs, ARM receives a royalty payment.

In 2015, ARM’s customers shipped more than 15 billion chips. And while most consumers don’t know it, those who interact with digital devices come into contact with ARM chips just about every day. During 2015, ARM said it signed licenses with 173 companies that will use its processor designs in the years to come.