Robot-assisted surgery has been in development for a while, with a view to circumventing restrictions in the field of minimally invasive surgery — procedures that limit the size of incisions to increase healing time and reduce the risk of infection. These advances also open up opportunities for surgeons to carry out procedures remotely.

It’s argued that robot-assisted surgery can enhance the precision and safety of key procedures and that the technology generally makes surgeons’ lives easier. Procedures with existing robots, such as the Da Vinci robot, are touted as being less invasive than those with exclusively human surgeons and may lead to improved recovery time for patients.

On the flip-side, robot-assisted surgery isn’t without its critics. The $1 million-plus price tag for each robot, along with additional procedural costs, proprietary software, and the intense training required to operate the systems is deemed too expensive by some, who argue that it doesn’t provide enough benefits compared to traditional minimal access surgery.

While robot-assisted surgery still relies on the skills of trained surgeons, earlier this year a largely unmanned robot was used to stitch a pig’s bowel together. Such technology is still in its infancy, however, and a CMR spokesperson told VentureBeat that this isn’t an area it’s looking to explore:

The aim isn’t to do unmanned surgery but more to assist highly skilled humans. Keyhole surgery is very physically tiring, as you have to hold your arms in a difficult position, and it is difficult to see what is going on. Also, there are few surgeons with the necessary skills.

The robot will have a number of arms, each with different tools — including a high-definition 3D camera — and the surgeon will be able to view the operation on a screen [while] sitting at a console and manipulate the tools remotely.  This will improve fineness of operation, eliminate surgeon tremor, and allow the surgeon to do more operations in a day.

CMR had already raised £4 million ($5.2 million) before this latest round was announced. Following the start of its clinical cadaveric (dead body) trials last month, the company said it would use its fresh cash influx to “progress development and commercialization” of its robotic technology as it prepares for regulatory approval. 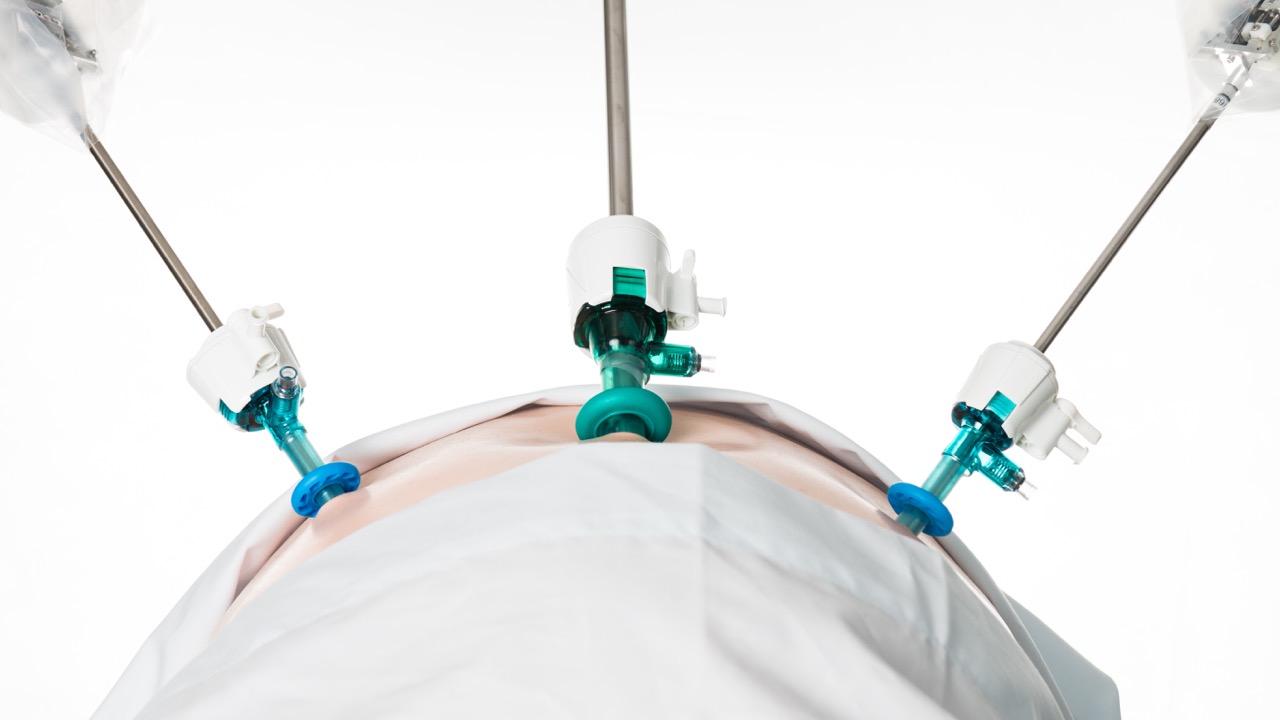 Besides the monetary value of its latest investment, having ABB on board as the lead investor is notable given that ABB is one of the world’s largest engineering companies — and one that specializes in robotics and automation technology.

“ABB invested in CMR as the company has what looks to be the next-generation platform for minimal access surgery, a field with an enormous potential, given today’s expanding needs in the health care industry,” explained Girish Nadkarni, president of ABB Technology Ventures. “Furthermore, CMR’s technologies can have even wider application as the robotic world moves toward fully versatile, collaborative robotic systems.”

The world’s first telesurgery took place back in 2001, when a New York surgeon removed the gall bladder of a patient in Strasbourg, France. “It lays the foundations for the globalization of surgical procedures, making it possible to imagine that a surgeon could perform an operation on a patient anywhere in the world,” said Professor Jacques Marescaux, who led the surgical team.

However, trans-Atlantic telesurgery hasn’t quite taken off, which CMR CEO Martin Frost reckons is partly due to the need for absolute real-time feedback. “One of the reasons has to do with the speed of light,” said Frost in an FT interview last year. “You can’t transmit the amount of data you need over a communications network fast enough to give the surgeon the feedback he or she needs.”

However, robotics can improve a surgeon’s work, and this is reflected in the level of investment we’re seeing in the space. The global surgical robotic systems market was estimated to be worth around $3.3 billion in 2014, with predictions that it could rise to around $10 billion by 2020. This could be partly why we’ve seen a surge in new entrants in the space, including stealth startup Auris Surgical Robotics, which raised $150 million last year from Peter Thiel’s venture fund, among others. Elsewhere, Medrobotics raised $25 million, France’s Medtech nabbed $15 million, and Alphabet’s Verily Life Sciences (formerly Google Life Sciences) is working on surgical robotics in partnership with Johnson & Johnson.

As for CMR, well, its new cash injection will provide a major boost as it looks to infiltrate  what’s looking like an increasingly competitive landscape. “This funding round is a transformative milestone as CMR, with positive results from recent preliminary cadaveric trials, seeks to be among the first to market with a fully versatile, affordable system expanding the range of procedures beyond that which are presently performed robotically,” said CMR chair Reynir Indahl.