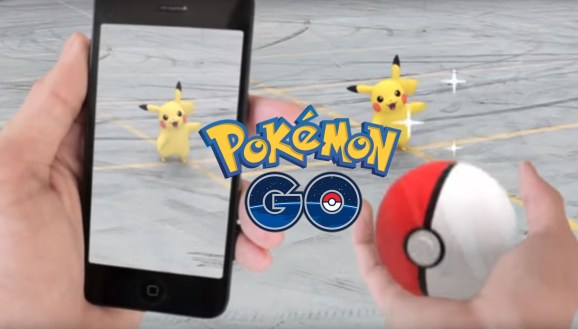 Pokémon Go still isn’t out in some key territories, but it is already a smash hit only two weeks on from its debut in Australia and New Zealand.

The Pokémon Company’s blockbuster app has generated $35 million in revenue from 30 million worldwide downloads, according to intelligence firm Sensor Tower. The game is now available in the United States, Canada, and large parts of Europe. Those countries have swarmed into the game and are spending their cash to make it easier to capture Pikachu, Snorlax, and a thousand Drowzees. iPhone owners in the U.S. alone are spending approximately $1.6 million every single day. That makes Pokémon Go the top-grossing app in the $36.9 billion mobile-gaming sector and the entire iOS and Android app market.

And it’s not even out yet in Japan, one of the top three markets for mobile gaming.

Pokémon Go uses Google Maps data to put digital creatures into the world around you. As you walk, your smartphones GPS tracks your position in the world, and it will know if you get close to one of these virtual critters. You can then capture it, train it, and battle with it as your own.

Bagging $35 million in two weeks is impressive. It’s even more astonishing when you remember that The Pokémon Company and developer Niantic only released the game in the U.S., Australia, and New Zealand for nearly the first entire week. On top of that, Niantic is holding off the game’s release in Japan and other key Asian markets. Japan is one of the top-three mobile-gaming countries in terms of spending, and Pokémon is even a bigger phenomenon among the Japanese gaming population than it is in other regions.

Pokémon Go has already proved it can get players spending money, and Japan has the highest average revenue per mobile gamer in the world. That’s a dynamic that could lead to the pocket-monster app bringing in a significantly higher revenue stream than it already is.