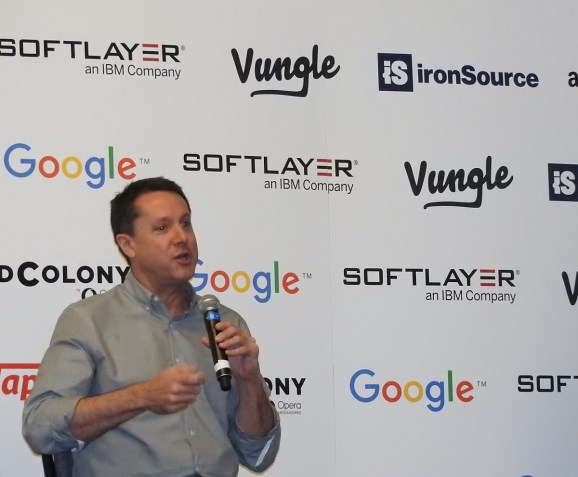 Mitch Lasky has scored a lot of big investments as a general partner at Benchmark: He was an early investor in Snapchat, NaturalMotion, Gaikai, and Riot Games. But he is wary about investing in virtual reality game companies, Lasky said during a fireside chat at the Casual Connect USA game conference in San Francisco.

“A lot of venture capitalists jumped into VR. It is a dramatically overfunded space. The consensus is VR is the next big platform. Facebook says it is the new mobile phone. I don’t share that view,” he said Tuesday.

He added, “You watch sports on TV, and see ads for the Samsung Gear VR. That is nascent. It scares me as an investor. I have seen 20 or 30 demos. I have not seen a lot of what I would consider to be finished products.” He noted the the high-fidelity headsets do produce a great, “intense, emotional, visceral experience” when someone tries VR for the first time.

Lasky has been bold before. He started Jamdat Mobile in 2000 and sold it to Electronic Arts for $680 million in 2005, just before the big iPhone wave. The real market for mobile games emerged in 2008.

Now, he has seen hundreds of investors invest in VR companies.

“When I look at it more structurally, I’d say something that may sound a little strange. Perhaps the Facebook acquisition of Oculus wasn’t the greatest thing for the development of virtual reality in the long-run,” Lasky said. “It set such a high watermark, and it rung the bell so loudly for the industry, that it sort of forced the hand.”

He warned that companies that are making heavy-duty 3D shooter games using the Unreal Engine probably have a long wait before they get a pay off.

“It’s good to be careful with your cash and burn rate,” Lasky said in a conversation with game veteran Eric Goldberg. “You have to keep a 30 or 40 person team alive until the commercial opportunity catches up with the technology. That’s an expensive proposition, a $5 million to $10 million a year cost. If you don’t get that right. … I would make sure I have a plan to survive if the projections for sales don’t work out.”

With mobile phones, he said that mobile games had a “tail wind that VR doesn’t have.” People already had and used their mobile phones, so it wasn’t as hard to get them to use it as a game-playing device. One of the interesting hot spots that Lasky is keeping his eye one, however, is Chinese investments in VR.

He also noted the success of Pokémon Go, the augmented reality game from Niantic Labs based on intellectual property from Nintendo and The Pokémon Company. He said it is not reproducible, because its success was so dependent on the pent-up demand for Pokémon games on mobile.

He is fascinated with the rise of Twitch, game spectating, and Internet video sharing. He believes that is where more interesting companies will develop.

“I am super-long on spectating and video,” he said.