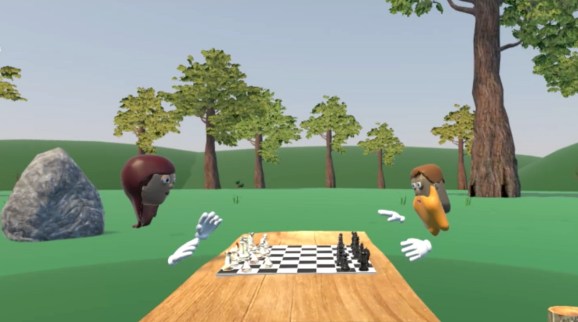 HelloVR and Improbable have partnered to create a new social virtual reality experience dubbed MetaWorld. It’s like a complete virtual world — inside virtual reality — where you can interact with a huge number of friends across a massive animated world. 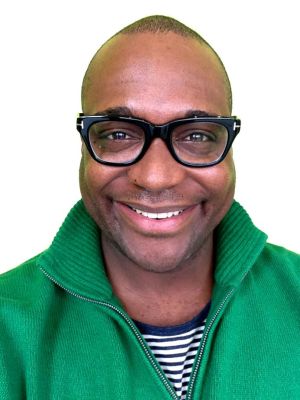 Above: Dedric Reid, CEO of HelloVR.

Richmond, Calif.-based HelloVR is the brainchild of founder and CEO Dedric Reid, who will be speaking about user-generated VR at our GamesBeat 2016 conference. Reid and his team of three people have created a VR world that lots of people can share. It sits on top of the massive computing engine, called SpatialOS, created by Improbable, a London-based company backed by Andreessen Horowitz.

I went inside the world with Carleton Dileo, the tech chief and cofounder. It was a simple, animated world built for the HTC Vive virtual reality headset. I waved my hands around and could see my animated hands move. It was a scene in a meadow in the mountains, with green grass, trees, tents, and a table. The playable area was about an acre or so of virtual space. Dileo told me that the world could eventually cover 10,000 square miles. That’s huge, and it can be shared by unlimited numbers of people.

For now, the company is showing basic capabilities, such as real-world physics. You can pick up objects like sticks or move objects around, such as pieces on a chess board. Dileo told me that the world is persistent, which means that it lasts. If you drop a rock in a certain part of the world, it will still be there when you log back in later.

Using a microphone headset attached to my Vive, I talked to Dileo. He moved his hands around as he replied, and I got the sense that I was really in the same room with him, even though we were 50 miles apart in reality. When he turned away, his voice became more muffled and softer.

“We are creating something magical with Improbable,” said Reid, in a statement. “Creating a social VR experience poses new challenges like head tracking on a massive scale, and networked physics so people can realistically interact in a persistent shared space. We are happy to reveal how we will be solving all of these challenges and opening up a new category of entertainment — by collaborating with Improbable, and building on SpatialOS.”

The scale of the simulated world, and its networked physics, is enabled by Improbable’s SpatialOS. Simulations built on SpatialOS can harness the power of hundreds or even thousands of cloud servers in a single interwoven fabric. This enables real-time, high fidelity simulations at levels of scale and detail that were previously impossible. SpatialOS seamlessly distributes the computing tasks and power required to create the world across thousands of servers and intelligently balances the load. This ensures MetaWorld stays available, smooth-running, and persistent across its whole huge area, and allows HelloVR to focus on filling it with objects, games, and experiences for people to discover and enjoy.

“HelloVR has designed MetaWorld from the ground up to take full advantage of room-scale VR and 360 degree freedom of movement,” said Herman Narula, founder and CEO, Improbable, in a statement. “That means that, standing inside this massive VR world and looking out at the horizon, there’s something distinctly otherworldly about knowing that “out there” really does exist. Building on SpatialOS means that there are no loading tricks or fake backdrops: if you can see it, you can travel to it — step by step if you want to. And if you make a change to any part of the world, that change persists and can be experienced by everyone else who visits. Your actions have lasting consequences; they matter. That’s a key part of making a virtual world feel real.”

You can explore the place by walking around, using a teleportation system. The whole MetaWorld exists in a shared space, populated by all its members, and with each member having their own private “volume” where they can decorate and create whatever and however they want. The computer-generated world is always on and will feature cognitive wildlife with cognitive behaviors controlled by IBM Watson.

Later this year, the studio plans to release an early version of this vast open-world experience. The release, entitled MetaWorld Pioneer Edition, invites early adopters to begin populating and shaping the new world. Visitors will be able to participate in outdoor physics simulations including: camping, fishing, farming, archery, hot air balloon flights, road trips, meditation retreats, and more. A suite of creative tools for building and making in MetaWorld will follow next year.

Prior to forming HelloVR, Dedric was Head of Design at AltspaceVR, the world’s first multi platform, social VR communication tool.