Four U.S. soldiers against the army of a notorious drug cartel doesn’t sound like a fair battle. But Ghost Recon players have been in dire situations before.

Tom Clancy’s Ghost Recon: Wildlands (heading to PlayStation 4, Xbox One, and PC next year on March 7) is the latest installment in the long-running tactical shooter franchise. This time around, the action takes place in Bolivia, which publisher Ubisoft says is the biggest open-world it has ever made. These massive games (including Assassin’s Creed and Watch Dogs) are an important part of the French company’s success in the $99.6 billion game industry.

In Ghost Recon: Wildlands, the Santa Blanca cartel has taken over Bolivia’s cocaine supply. Santa Blanca’s leader is the brutish El Sueño, and it’s up to the four Ghost operatives to take him down and dismantle his empire from the inside.

I wasn’t impressed with Wildlands at all when I first saw it last summer. I watched a presentation that was so dramatic that I couldn’t take it seriously. At the end of it, I still wasn’t sure why Wildlands needed an open world. But after playing it at this year’s Electronic Entertainment Expo trade show with three other players, I can see why developer Ubisoft Paris is so bullish about it. 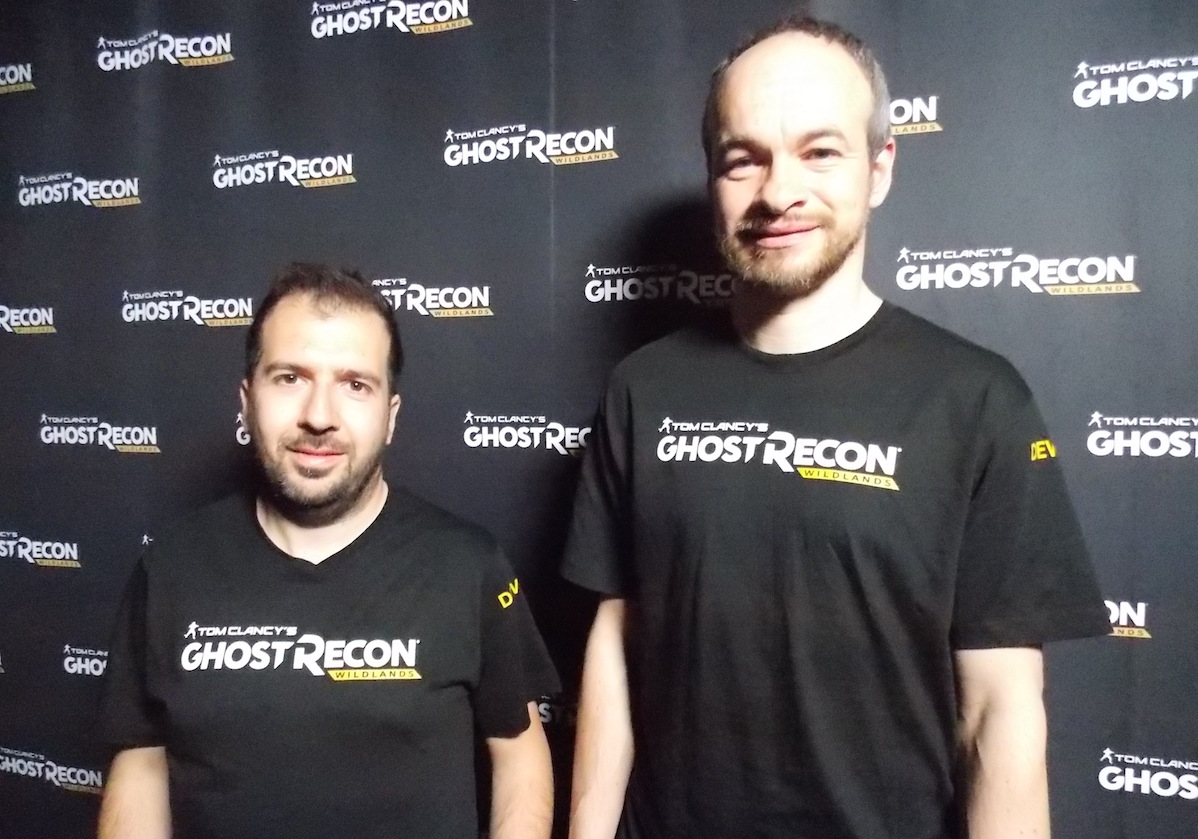 According to senior producer Nouredine Abboud, Wildlands is the culmination of four years of work that began shortly after the release of Ghost Recon: Future Soldier in 2012.

“And at the end of Future Soldier, the big answer [of what to do next] was to have a large playground. In this large playground, you can actually choose everything: you choose the location, the time of day, the weapons, etc.,” said Abboud in an interview with GamesBeat. “As opposed to games that have smaller maps where you have limitations … . Being in this big map, it’s exactly like the soldiers on the battleground [in real life].”

“We needed this big map because we wanted the player to be able to play depending on their play style,” added creative director Eric Couzian.

Adapting with your teammates

Wildlands has more than 100 story missions, and you can tackle them (with up to three online friends or with computer-controlled teammates) in any order you want. Everything you do — like interrogating cartel leaders or disrupting their supply chains — will bring you closer to El Sueño.

Unlike past Ghost Recon games, the designers haven’t scripting anything. Couzian told me the A.I. is “completely autonomous,” and enemies will behave differently depending on the time of day, the weather, and the ecosystem (you’ll fight in jungles, deserts, mountains, and more).

In the demo, it was a sunny day as my team embarked on a mission to capture a Santa Blanca lieutenant. After using our drones to scout the small compound from above and mark the enemies on our screens, we tried to take out as many people as we could with our sniper rifles. But our main target freaked out and ran away — Couzian later told me that guy is a coward, so he’ll always try to escape if he thinks he’s in danger. The lieutenant hopped in a car and drove away as my team scrambled down the hill on foot to chase him.

We grabbed a few vacant cars on the road and cornered the target at a nearby gas station, where he had reinforcements waiting for us. In the end, my team interrogated him for intel. But if we had been more careful in the beginning, we could’ve avoided the chase altogether and grabbed the guy in the compound. 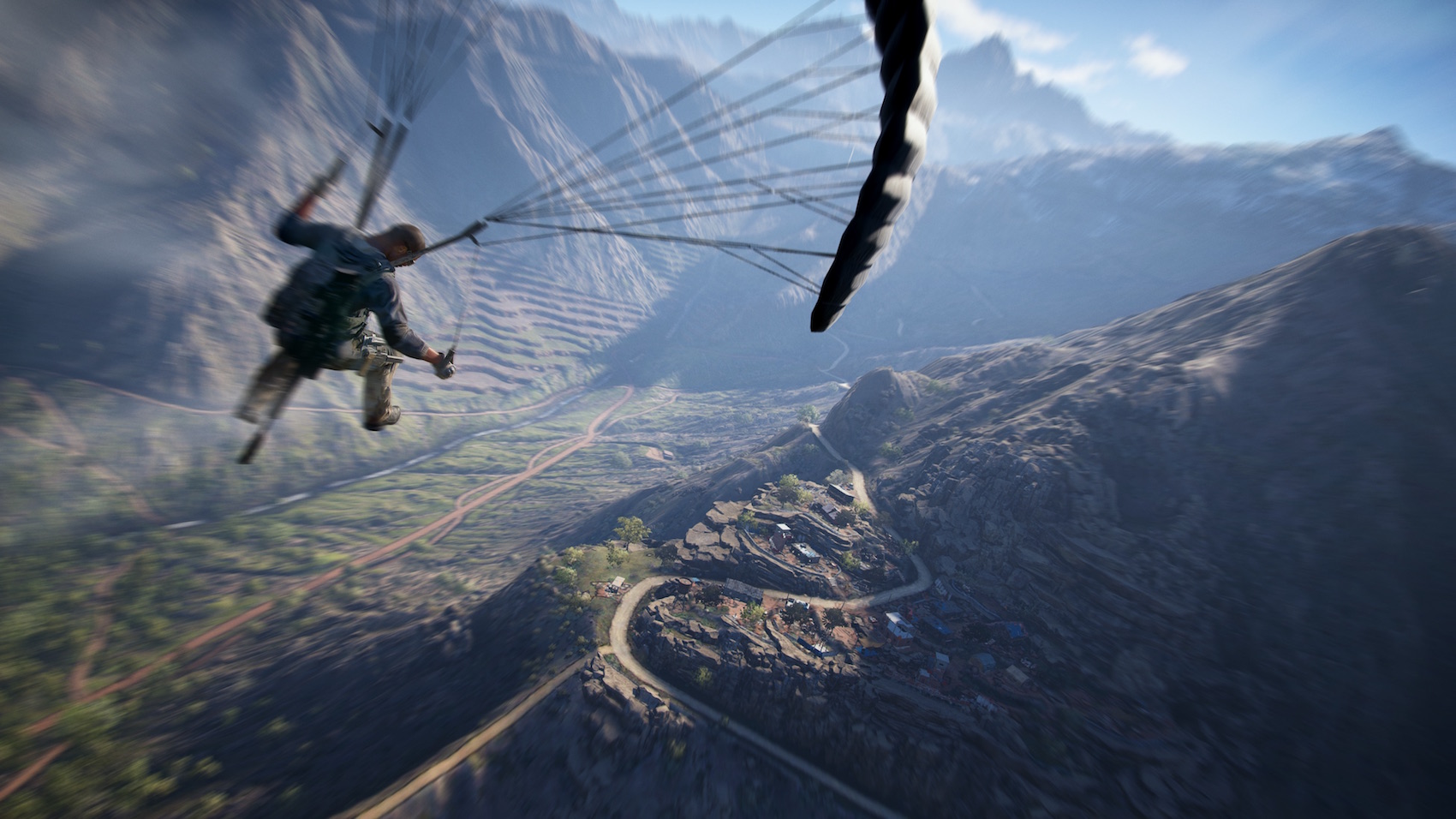 Above: It’s hard to get a sense of Wildlands’ size until you’re in the air.

“It’s also why the open world is so interesting,” said Couzian. “We don’t know where the action can lead you because the A.I. will escape and grab a car and then it’s up to you to decide how to chase him.”

For our next mission, we headed to the Rosario prison village to gather more information about a local cartel boss. A helicopter was next to the gas station, so we used it to get to Rosario quickly. In the full game, however, grabbing a chopper won’t be that easy; the developers placed it there for the demo. You can’t just summon a vehicle whenever you need it. Instead, you’ll have to find areas in Bolivia where the enemy keeps their helicopters (along with the 59 other types of vehicles you might want) and steal them.

At the village, the four of us split into smaller two-man teams: one to take care of the snipers, and the other to destroy the mortars. As it turns out, drug cartels don’t like it when you blow up their stuff. My partner and I killed a few stragglers as we carved a path to our objective. After downloading files from a PC, we all jumped into a jeep and drove away. 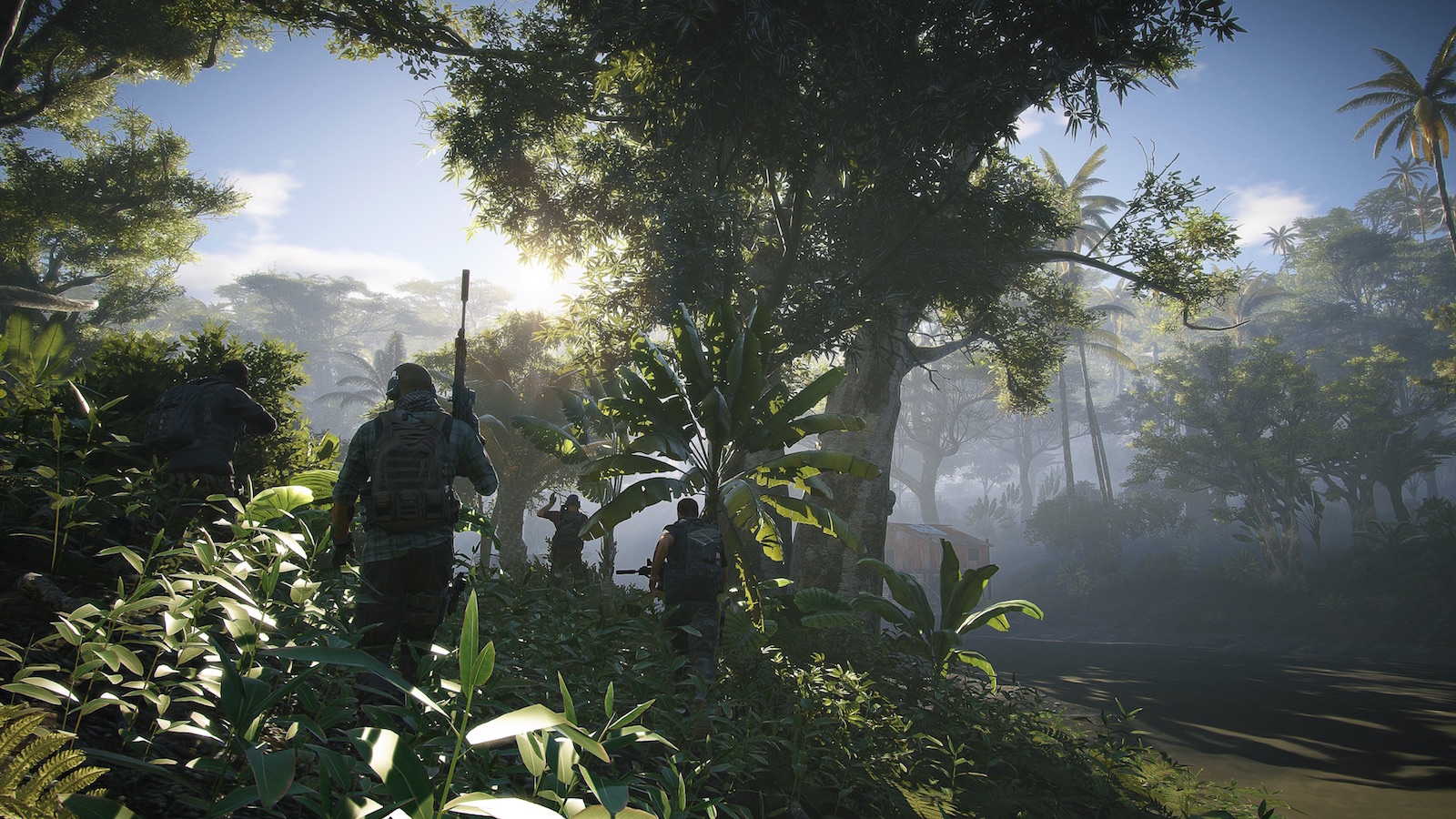 Above: The jungles of Bolivia.

While the demo was fun, I hope Wildlands isn’t just about killing my way through a third-world country. It’d be a waste to build such a huge chunk of land solely for fighting. I want to explore and talk to the civilians and find out about their lives, too. One of my favorite things to do in Assassin’s Creed’s historic cities is to just walk around and see the sights without worrying about who I’m murdering next. Even The Division, another huge Ubisoft-made shooter, has that to some extent.

Either way, it was just a matter of time before Ghost Recon morphed into an open-world game. Both Abboud and Couzian have been working on the series for over a decade, so they’ve made significant changes to the series before. They said a Ghost Recon game has to have three things: tactical combat, reconnaissance gameplay, and the social experience of playing with your friends. For the Ubisoft Paris team, Wildlands is the next big step in that formula.

“We can clearly say that if the initial Ghost Recon team had access to the tools we have right now, they probably would have done what we’re doing,” said Abboud.  “They would have gone open world because that’s really in the DNA of Ghost Recon.”