Hackathon events, where developers get together to compete, are one of the many things that have become synonymous with Silicon Valley. But while they are great for stimulating creativity, they don’t often provide companies with tangible benefits that actually advance their product roadmap.

Twilio is one of the companies that has been a big proponent of hackathons, since, after all, the company is built around the developer community. But twice a year, it also hosts an event called Tweek, with the goal of letting its own employees spend a week solving problems customers face, improving Twilio’s products, and defining its core values. We got a look inside this hackathon to see how it keeps Twilio on its toes and innovating.

“When we first started having Tweek [in 2012], it was more of a ‘work on what you want’ event,” said Kenny Hoxworth, the engineering lead at Twilio who runs the event. But while Tweek may appear from the outside to be a standard hackathon, the focus now is specifically around internal improvements.

More than eight of these Twilio Tweek events have been held so far, and some of the results have become part of the company’s roadmap. Hoxworth explained that during Tweek, any employee can sign up on a Wiki the company sets up and propose an idea they want to work on over the next five days. This year, employees from Twilio’s Bogotá, Tallinn, Mountain View, and San Francisco offices participated. At the end of the week, teams present their work. 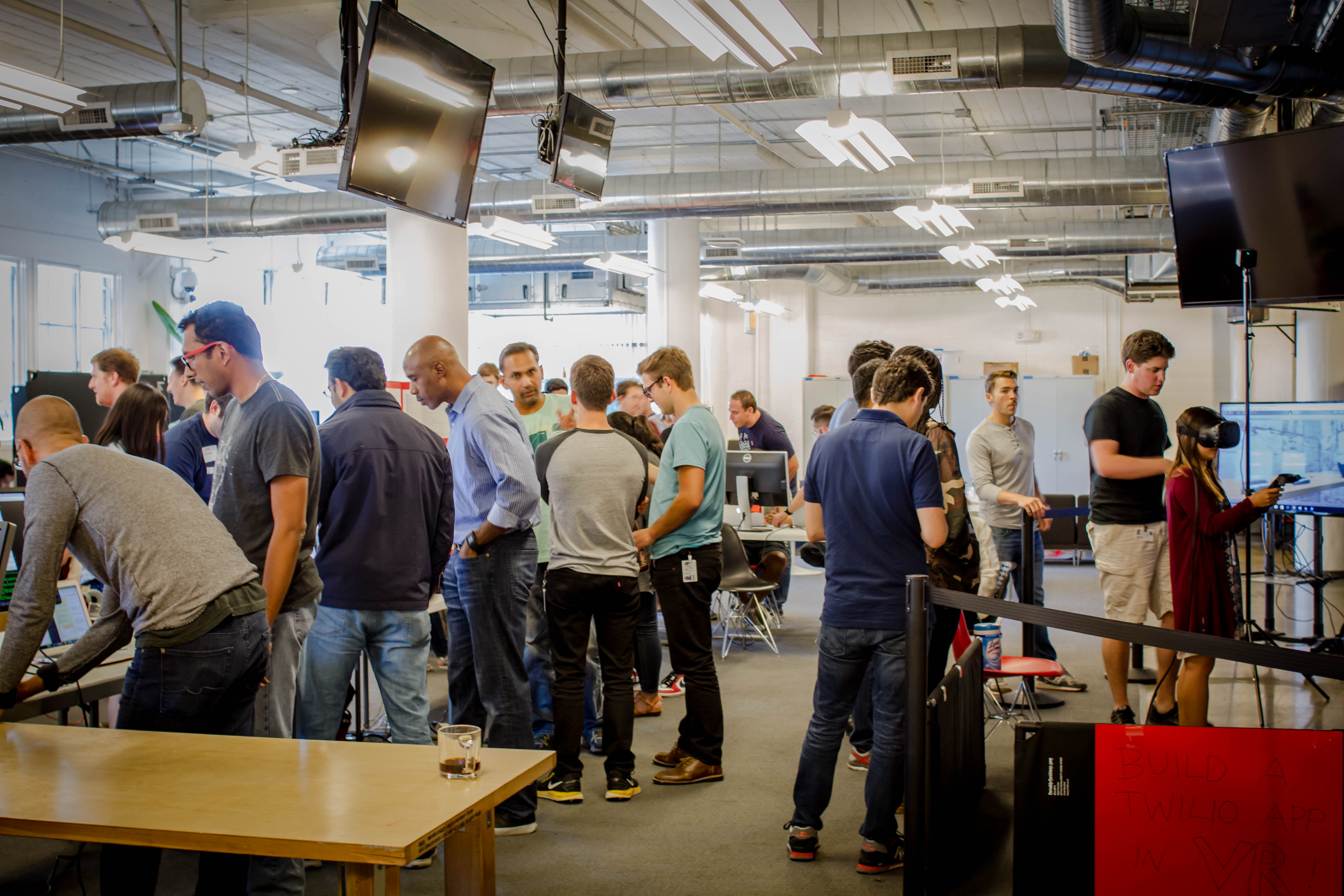 The vast majority of the company’s staff is in San Francisco, and since having them present before an audience would be rather time-consuming, the office sets up a science fair-like environment. Employees can then vote on the projects that would best impact Twilio’s internal processes and customers and best demonstrate its values.

This year, it’s estimated that between 45 and 50 projects were proposed, with all but three moving forward to the competition stage. Hoxworth shared that Twilio discourages “lone wolf” ideas, so projects that don’t utilize multiple team members can’t be pursued.

Winning Tweek gives employees bragging rights, but the event offers something inherently deeper. By opening up the creative process to solve problems that customers and employees are seeing within Twilio’s offering, employees are essentially given free license to come up with ways to improve their platform and its capabilities. Fostering this proactive spirit is part of Twilio’s attempt to stay ahead of the curve and show not only shareholders, but everyone within the company why Twilio is worth betting on.

Hoxworth explained that while some hacks may make it through to productization — he estimated between 5 and 10 percent make it into real production — those that don’t aren’t viewed as failures. “We see it as an experiment and trying things out,” he said. Some of the projects that have gone on to become part of the Twilio offering include its integration with over the top (OTT) messaging apps like Facebook Messenger, a tighter integration with Zendesk, and the release of its Rapid Response Kit for Twilio.org.

But it’s more than just what’s next on the product roadmap — the company is looking for solutions to issues its customers face. Businesses often receive feedback from users requesting updates to products, fixes for bugs, and desired updates. But all too often, these suggestions get placed on the back burner. Twilio’s Tweek gives engineers the time to devote 100 percent of their attention to something that’s “not in the standard plan.”

Hoxworth admitted that most Twilio customers won’t know engineers are working to solve their problems during Tweek. But, in fact, the team will be looking at the “top 10” problems customers face and competing to solve them. 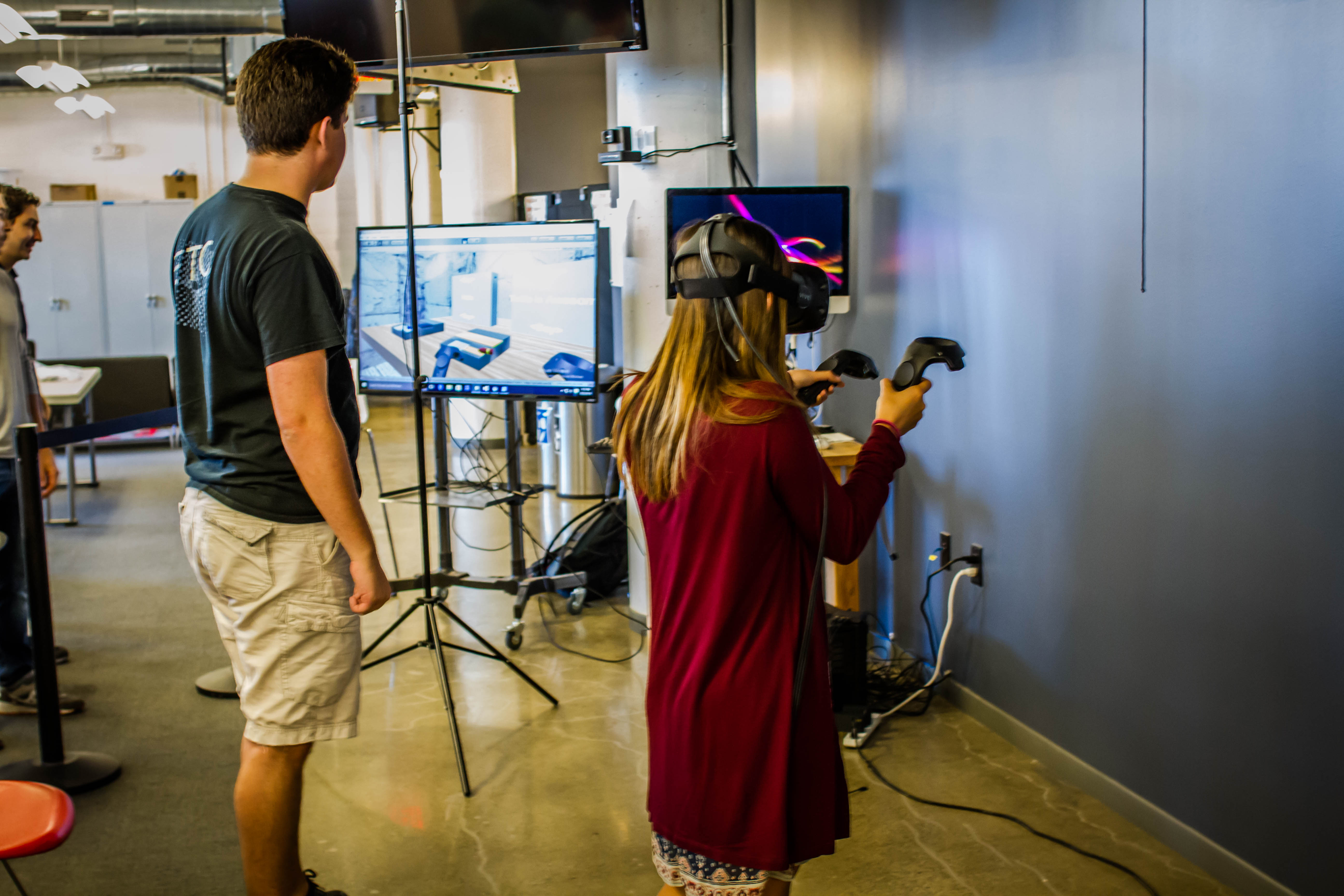 Above: A team of Twilio employees produced a hack that allowed programming through virtual reality.

VentureBeat took a tour through Twilio’s demo area at the conclusion of this year’s Tweek and saw some of the work employees had put together. Of note was an experiment with an HTC Vive. Using virtual reality, the team aimed to transform Twilio’s TwiML dashboard interface into something more visual that could enable anyone to code. Another creation involved using Twilio.org to produce a means for U.S. residents to register to vote using text messaging. The idea was to utilize a chatbot-like interface to collect the pertinent information so you won’t have to print out a form and mail it in.

While these were interesting developments, there isn’t a guarantee that any of them will come to market. Twilio repeatedly emphasized that the Tweek projects are experiments.

At the end of the day, Tweek is intended to inspire employees and give them confidence to continue thinking out of the box. 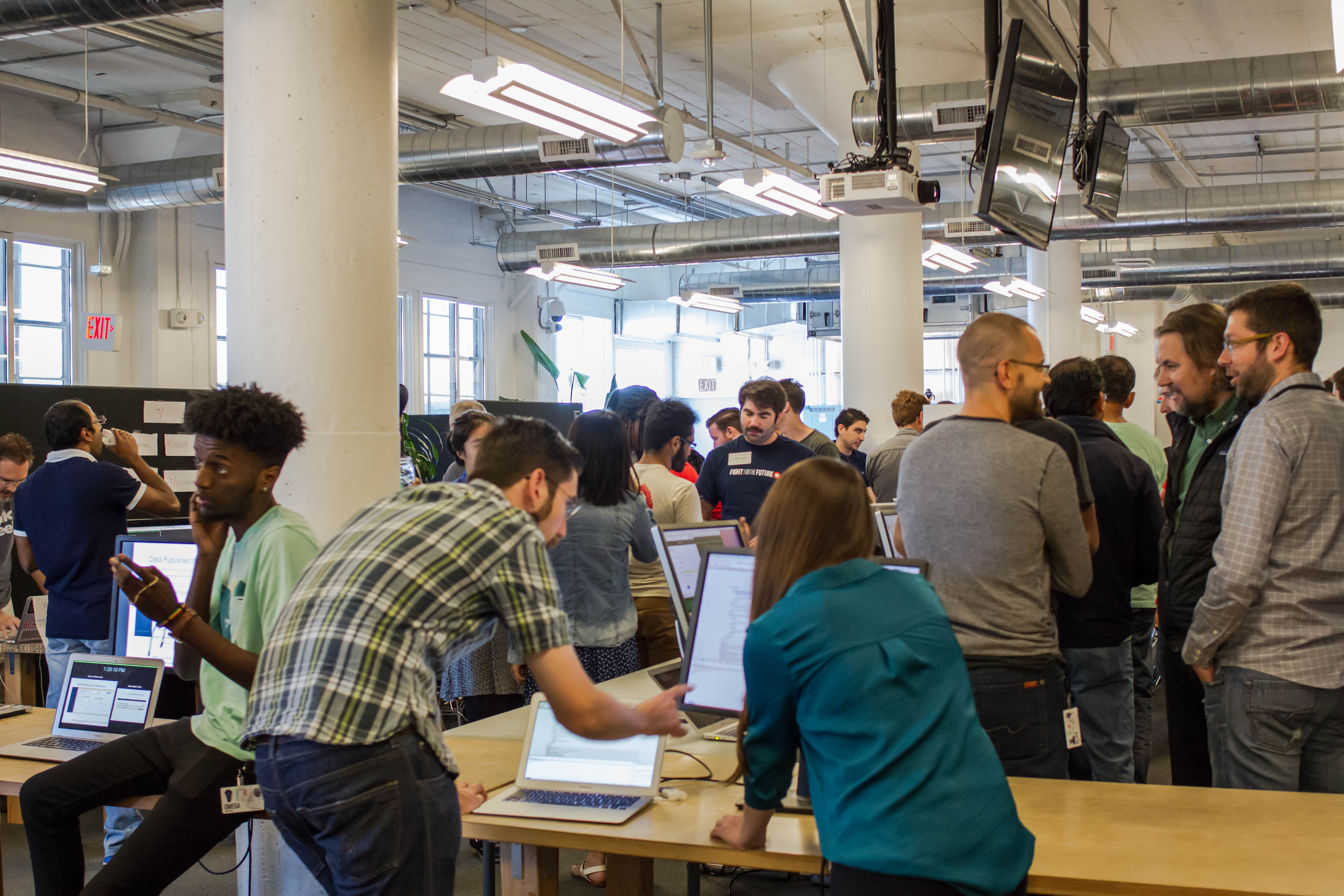 Company CEO Jeff Lawson often tells employees that he “can’t wait to see what you build,” highlighting Twilio’s role in changing the communication landscape, especially for people tired of waiting on incumbent carriers such as Verizon and AT&T. But the company’s prominence comes with high expectations in terms of performance, quality, and usefulness. Twilio Tweek is a week-long sprint that brings together engineers, designers, support staff, and product managers to basically troubleshoot problems and potentially stumble on new features that could be added to Twilio’s future plans.

Hoxworth shared that this year’s event was made up of about 70 to 80 percent engineers, 5 to 10 percent product managers, 3 to 5 percent designers, and the rest sales managers.

“No matter what you’re building, be passionate about the product you’re building and the audience you’re serving,” Lawson once said. Tweek is an effort to keep that spirit going within Twilio and also to remind its employees of the nine values that the company subscribes to.

As the company’s stock continues on the upward trajectory it’s charted since going public, events such as Tweek will serve as an important window that allows shareholders to see what Twilio is doing to keep its customers satisfied and how it continues to plan ahead for its future.