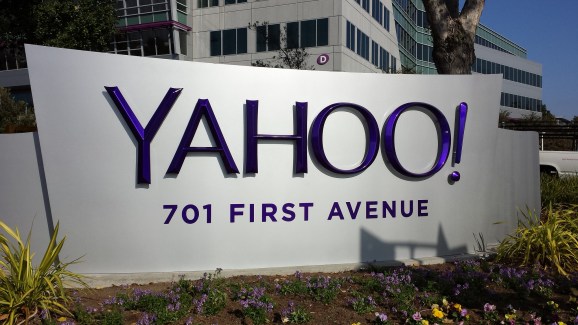 Yahoo’s future may be decided on Monday, following reports that the company will be acquired by Verizon Communications in a $4.8 billion deal.

Citing a source with direct knowledge, Bloomberg reported that the agreement could be announced before the markets open on Monday. Such a deal wiould drastically change the course of Yahoo’s future, one that has been wrought with failed turnaround attempts by multiple leaders. Verizon was said to have won the bid after a battle among numerous competitors, including private equity firm TPG, a group led by Quicken Loans’ Dan Gilbert, and even AT&T.

The $4.8 billion Verizen will reportedly pay for Yahoo is slightly more than Verizon paid for AOL a year ago. The acquisition would be aimed at strengthening the telecommunication company’s advertising and content offerings, and Yahoo’s Brightroll technology will likely be one of the focal points of this deal, as well as perhaps elements from the company’s Maven’s product.

Final proposals by bidders interested in Yahoo were scheduled to be submitted last week. During the company’s earnings call, CEO Marissa Mayer declined to announce a deal, instead saying that the board intends to “deliver shareholder value with this process.” She added that the “independent strategic review committee continues to manage this effort, and we’re making great process.”

Will this deal signal the end of Mayer’s tenure as CEO? Reports suggest that she’s on her way out and that shareholders even expressed their disapproval at Yahoo’s last annual meeting. But should she walk away, it’s estimated that she’ll take with her a $55 million severance package.

Yahoo first opened up to bids in February as part of an “aggressive strategic plan” put forth by the board amid fighting by activist shareholders. Mayer’s team implemented cost-cutting measures, including laying off 15 percent of the workforce, to make the company leaner and more appealing to potential suitors. Verizon had always been considered a front-runner for the move, even utilizing AOL CEO Tim Armstrong to woo the company.

But while Verizon will own Yahoo, if reports are correct, it will only have ownership of its core business. Whoever is left in charge will be the caretaker of a 35.5 percent stake in Yahoo Japan and a 15 percent holding in Alibaba.