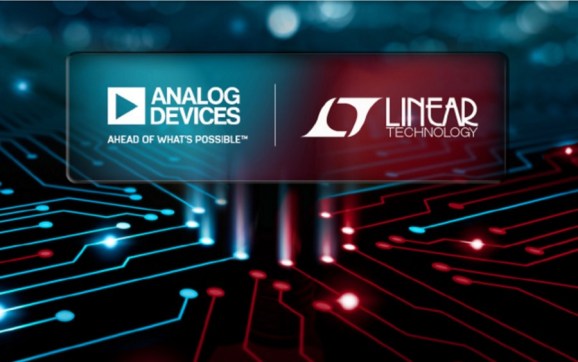 Analog Devices has agreed to acquire Linear Technology Corp. for about $14.8 billion, potentially causing more disruption and consolidation in the $335 billion chip industry.

It’s also a rare victory for Boston over Silicon Valley. In this case, Norwood, Mass.-based Analog Devices is buying Milpitas, Calif.-based rival Linear at a price of $60 a share. It means that one more historic Silicon Valley company is going to disappear, as have a number of others in the crazy $100 billion worth of semiconductor industry deals in the past couple of years.

Analog is paying a premium of 24 percent to Linear’s stock price on Monday. The company expects to close the deal by the first half of 2017.

The rivalry between Boston and Silicon Valley is one of the oldest in the industry. For the most part, Silicon Valley has won, giving rise to big chip companies such as Intel, Nvidia, and Advanced Micro Devices, while many of Boston’s companies — Data General and Digital Equipment Corp — have withered.

Analog Devices was started in 1965 by Ray Stata, who remains its chair. The company makes data converters and chips that take real world signals and turn them into electronic signals.

Robert Swanson started Linear Technology in 1981. Historically, Linear was one of the most profitable companies in the chip industry, but Swanson had a reputation as the toughest boss around.

Analog Devices said it will fund the purchase with about 58 million in new shares and $7.3 billion in long-term debt.