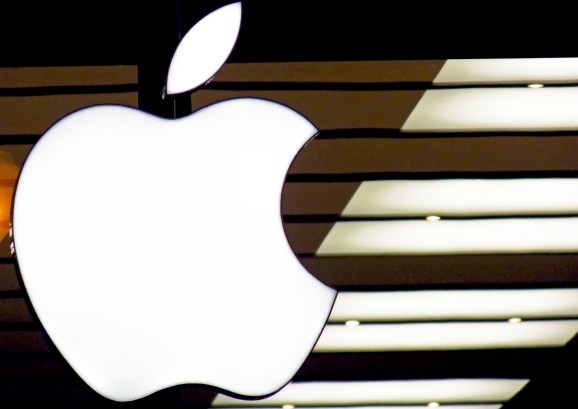 Every Apple quarterly earnings report receives an almost absurd amount of scrutiny and analysis and hype as journalists and analysts scour every punctuation mark for new insight into the world’s most valuable tech company.

For that reason, it seems like the stakes are always epic, even if they really aren’t.

This time around, with Apple about to drop its third quarter earnings report today, the stakes are still not epic. But they are certainly higher for Apple than they have been for a decade.

Since the launch of the iPhone in 2007, Apple has been a story about growth. How much? How fast? And where? That streak hit a bump last quarter with the first ever drop in iPhone sales.

But it’s likely that things are going to be worse, much worse, for the third quarter.

A consensus of Wall Street analysts are forecasting revenues of $42.1 billion for the quarter, down from $49.6 billion for the same period a year ago. Analysts project the number of iPhones, the product that accounts for the majority of its revenue, sold will be down 16 percent this quarter to 40 million. Worse, the launch of the low-priced iPhone SE earlier this year could cut deeply into the average sale price of iPhones.

China, once a strong point for Apple, remains a wild card as the economy remains soft and competition with low-cost Android devices remains tough. Meanwhile, analysts are forecasting drops in sales of Macbooks and iPads (long in a downward spiral). And recent reports have indicated that sales of Apple Watch’s have slowed and maybe are even in decline (though the company doesn’t break this out so we may not learn today if that’s accurate or not).

The sole bright spot may be (or may not be) the continued growth of services and online stuff (App Store, Apple Music, iCloud, etc.). Should this falter, however, there could be outright panic in the short term.

Weighing on all of this is a feeling that the upcoming new iPhones aren’t likely to promise much in the way of exciting new features that inspire large number of users to upgrade. Indeed, there’s much buzz that Apple is backing away from its two-year cycle of iPhone redesigns toward a three-year rhythm. With the new iPhones expected to go on sale mid-September, analysts will be looking carefully for any hints today about whether Apple revises its outlook for the fourth quarter.

While it’s fun to imagine things like an Apple Car, such fantasies remain far in the distance. In reality, there is no product, real or rumored, that is likely going to dramatically shift Apple’s mix of products or services. Things like the cheaper iPhone or bigger iPad haven’t really had huge impacts.

And this begs the larger question: Will analysts and journalists and Apple obsessives be largely content to give the company a few years to deliver little or no growth (or even continual declines)? Or will the narrative around Apple shift to Silicon Valley’s favorite trope that it trots out when a tech giant (such as Microsoft or Google) enters a period of perceived stagnation: Apple is dead!

There have certainly been plenty of stories musing about whether Apple can innovate in a post-Steve Jobs world. I would argue that CEO Tim Cook has done a fine job shepherding the company through a transitional era.

But the shift to smartphones that Apple inspired and rode to incredible heights seems to have played out for now. The big chunk of new smartphone buyers are grabbing cheap devices, below the threshold where Apple plays. The right mix of technology and networks and applications that will launch another major technological shift could be years away.

Apple, as it likes to do, is likely looking far down the road toward this point. The question is whether the rest of the world is willing to be as patient as Apple, or whether this tech giant is in for a brutal period of criticism, second-guessing, and a shareholder revolt that challenges the company’s long-term outlook.

The reaction to today’s earnings is likely going to give us a good first glimpse of how tough the next couple of years will be for Cook and Apple. And how forgiving Wall Street is willing to be with a company that many have loved because it changed the world.