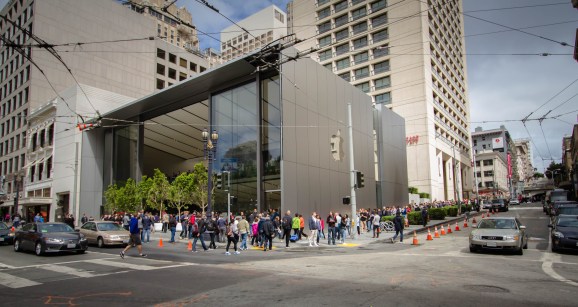 If brick-and-mortar retail collapses, Apple will probably be safe -- but smaller tech companies won't be.

Nine years after the iPhone’s debut, Apple announced today that it has now sold 1 billion iPhones.

It’s a noteworthy milestone for a company recently knocked around by investors over the smartphone’s declining sales momentum.

“iPhone has become one of the most important, world-changing and successful products in history,” Cook told employees at a meeting at Apple headquarters today, according to a statement. “It’s become more than a constant companion. iPhone is truly an essential part of our daily life and enables much of what we do throughout the day. Last week we passed another major milestone when we sold the billionth iPhone. We never set out to make the most, but we’ve always set out to make the best products that make a difference. Thank you to everyone at Apple for helping change the world every day.”

In the third quarter of its 2016 fiscal year, which ended on June 25, Apple sold 47.5 million iPhones, and iPhone sales were down 14.9 percent year over year.