Cloud file syncing and sharing software company Dropbox today is announcing new features geared toward admins at companies that use its services. For one thing, companies can now elect to use team folders, rather than shared or individual folders.

Invitations and links to these new folders can be restricted to people within a company — or not — and admins can easily manage access to team folders for multiple teams of employees. Admins can also decide if non-admins can adjust the controls for these team folders. They will let companies “maintain hierarchies of knowledge and permissioning that matter within the organization,” Robert Baesman, director of product management for Dropbox Pro, Business, and Enterprise, told VentureBeat in an interview.

With the arrival of team folders, admins will also be able to choose exactly which folders and sub-folders get synced to devices that get provisioned to employees, thanks to a new sync management feature. The idea is to not make Dropbox sync every single corporate file on new machines, because hard drive space generally has limits.

Today’s changes demonstrate that Dropbox wants to do more to appease large companies. The Dropbox Business tier now has nearly 200,000 paying customers, and Dropbox wants to not only expand that number but also expand usage for its Business customers. Publicly traded competitor Box has picked up business from many enterprises, and Dropbox wants to expand its presence in those environments, too, as it also faces competition from the likes of Google and Microsoft. Sure enough, the new Dropbox features should be welcome developments for IT staffers.

Dropbox has redesigned its admin console so that it provides direct access to important functions, including options to make all users reset passwords or use two-step verification. There is also a simpler way to open up activity logs, which now contain information about what people have added, edited, and deleted in files. 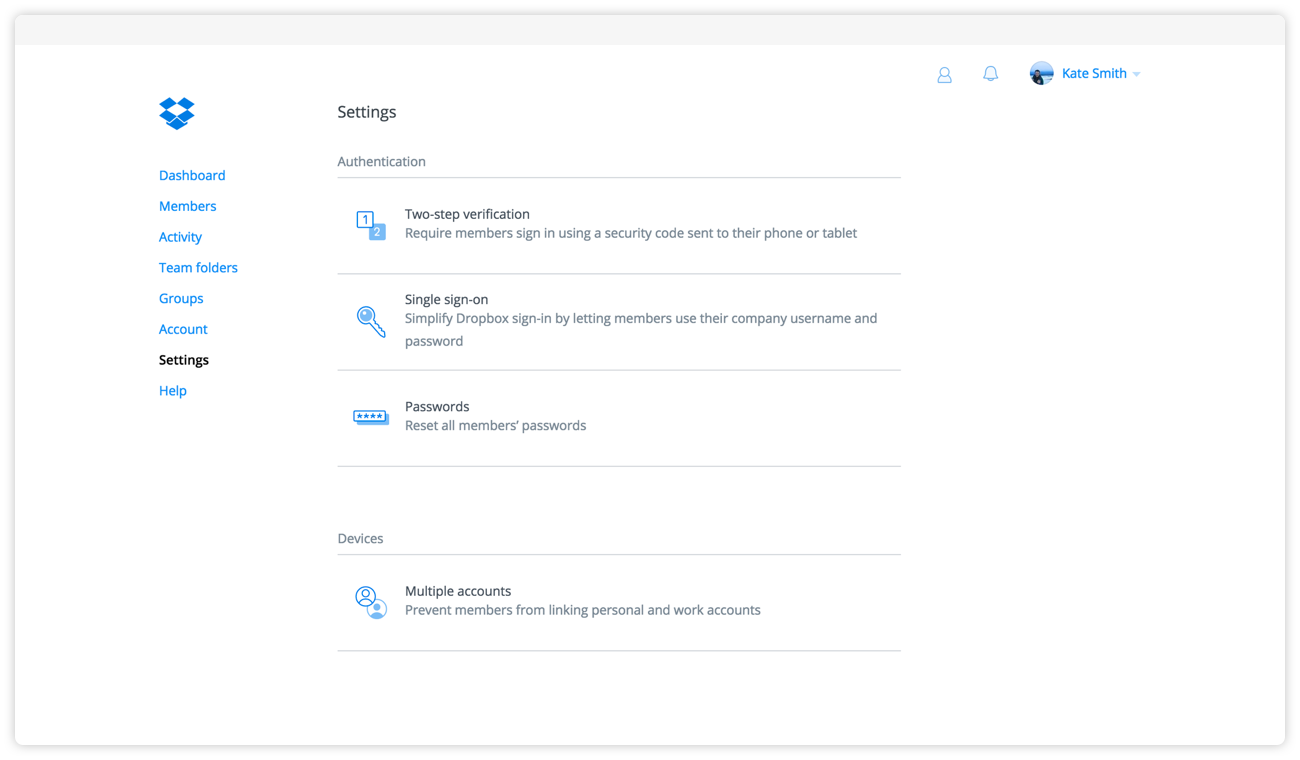 Above: The new Dropbox admin console.

Logging was available in Dropbox before, but “a lot of admins didn’t even know what was actually there,” Baesman said.

The new admin console is available right now. Dropbox is starting to roll out team folders today, and admins can request access to the feature through Dropbox’s early access program. And soon Dropbox will start allowing admins to specify how many desktops and mobile devices an end user can connect to the service.