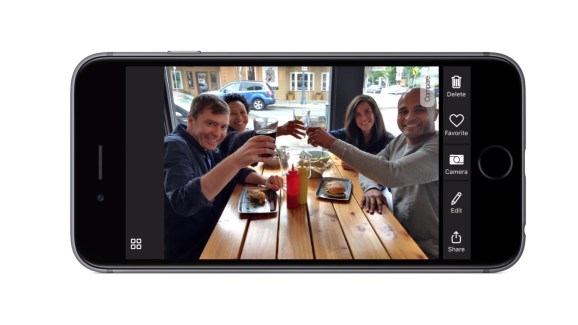 Microsoft Pix for iOS lets you compare the automatically improved photo with the original one.

Microsoft today is pulling the covers off Microsoft Pix, an app you can use instead of the standard-issue Camera app on iOS devices. Using artificial intelligence, the app automatically improves certain photos; creates Live Images that resemble iOS’ Live Photos, but with image stabilization; and gives you an easy way to save regular videos as more stable Hyperlapse videos.

With the help of a custom-made Microsoft gadget that holds two iPhones and lets you snap photos with them both at the same time, I was able to compare Microsoft Pix with the default iOS camera app on two iPhone 6s devices. I found that Microsoft Pix produces photos that are plain old better in some cases, and Live Images and videos, especially in Hyperlapse mode, are higher quality, which means that I’m more inclined to do things with them after capturing them.

One reason Pix is so good is that it’s essentially always snapping pictures. When you click the shutter, you’re just telling the app approximately which frame you’re most interested in. The app evaluates 10 frames before and after you expose the shutter — most of them before. As a result, the camera stands a better chance of catching the best moment. Most of us aren’t actually as good at getting the perfect shot as we think, and Microsoft Pix might be able to assist us in that regard.

I also found that people looked brighter in photos shot with Microsoft Pix. Detail was richer. There were sometimes improvements in color and even improved focus in action shots. 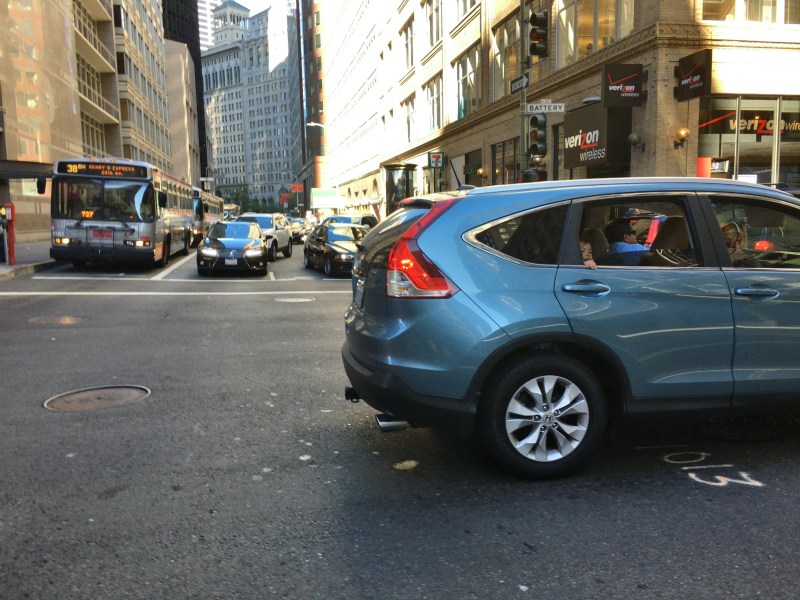 Above: A child in the back seat of a vehicle in downtown San Francisco, as shot with the Microsoft Pix app.

Fortunately, the user interface of Microsoft Pix is no more intricate than on the default iOS Camera app, despite the underlying complexity. In other words, it’s perfect for the average iPhone or iPad owner “who just wants to get better photos, especially people photos,” as Josh Weisberg, group program manager for computational photography at Microsoft Research — the organization behind the new app — told VentureBeat in an interview.

This is just the latest interesting Microsoft app for a non-Microsoft mobile operating system in an age when Windows Phone is not as high of a priority as it once was for the company. The impressive Word Flow keyboard for iOS is a port of the standard keyboard on Windows Phone. Microsoft is now the company behind the well-reviewed Mile IQ app for iOS and Android, thanks to its acquisition of the company behind the app, Mobile Data Labs, last year. Microsoft also offers solid Android and iOS versions of Word, Excel, and Outlook, as well as the Cortana virtual assistant that was a core part of the launch of Windows 10 last year.

Meanwhile, Google has come up with interesting apps for iOS, even though it is the company driving the competing Android mobile operating system. One recent launch is Motion Stills, which automatically stabilizes your existing Live Photos. Unlike Motion Stills, though, Microsoft Pix is a full camera app that lets you record new photos and videos.

Pix lets you edit, share, and favorite photos, and if there are multiple “best images” that Pix comes up with when you take a photo, you can easily figure out your preference. You can also compare between the shot you took and the automatically improved version. The app only generates Live Images when it senses interesting motion — so it won’t use up storage space unnecessarily.

To make the Live Images, Microsoft Pix freezes the parts of the images that don’t change, so you only see movement in some parts. “I think of it is as something between a video and a photo,” Neel Joshi, a Microsoft researcher who worked on Live Images, told VentureBeat. “There’s more texture and narrative to it. There’s a little more life to it.”

Microsoft Pix has a hidden perk. Unlike the camera app, Microsoft Pix doesn’t shoot photos in such a way that they appear upside down when you or someone else looks at them on another device. This way, you don’t have to manually flip them in post-processing. Hurrah for that.

The app saves photos in your iOS device’s default image gallery, as well the Pix app’s dedicated gallery, where many shots are grouped together for easier navigation. You can sort by photos, videos Live Images, and Hyperlapses. And you can make Hyperlapses in Microsoft Pix, even with videos originally shot with the Apple camera app.

Microsoft is working on an Android version of Pix, Weisberg said.

A blog post has more on the new app.

Update at 2:34 p.m. Pacific: It was Joshi, not Weisberg, who talked about Live Images being a cross between a photo and a video.