AMD has already undercut the competition with its Radeon RX 480 graphics card starting at $200, but the company is looking to go after the mainstream even harder with its next two releases.

The Radeon RX 470 and RX 460 video cards are due out August 4 and August 8, respectively, and AMD knows exactly the kind of consumer it wants to hit these new GPUs. While the 480 is for the gamer looking for top-quality HD gaming and virtual reality experiences, the 470 is for the gamer who wants to run most new releases at full 1080p HD and 60 frames per second without the extra horsepower required for running a head-mounted display like the Oculus Rift. The 460, meanwhile, is for “esports gaming.” It is a compact chip that can handle games like Rocket League, Overwatch, and Counter-Strike: Global Offensive with no problems on high settings.

The RX 470 and 460 both feature the new 14nm Polaris chip architecture. This enables AMD to put more power in a smaller and cooler form factor while also slashing prices. Both Radeon and Nvidia’s GeForce chips are taking advantage of this advancement in silicon design, but AMD is focusing its efforts on larger chunk of the market that is looking for something that costs less than $300.

AMD didn’t provide us a price for these new devices, but it did mention that it is aiming to release cards in the mass-market friendly $100-to-$200 range. I’ve asked for an exact price, and we’ll update with that information as soon as I can. 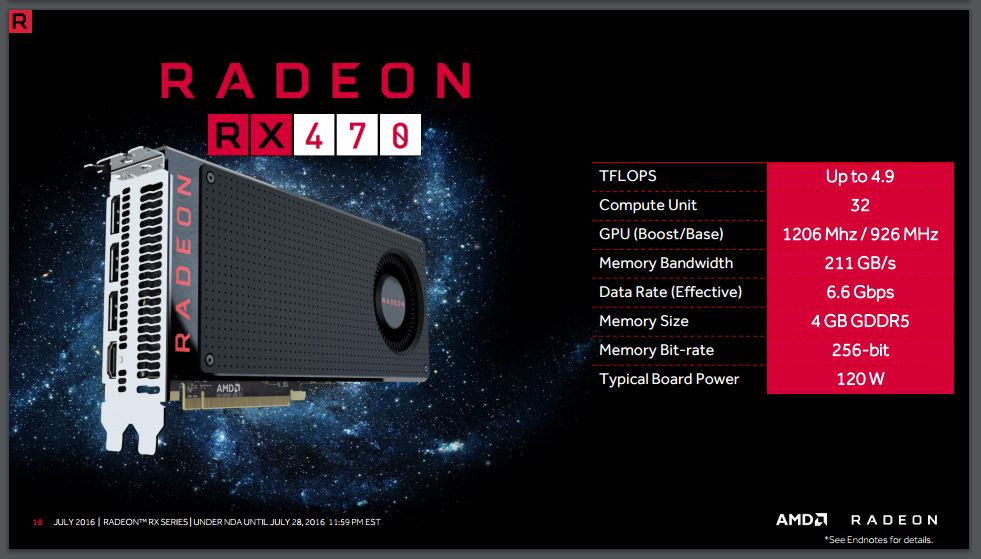 When I reviewed the RX 480, I said $200 was a bargain for a card that could deliver a 1080 resolution and 60 frames per second on Ultra settings for almost any modern game. AMD is now saying that is also true about the less expensive RX 470. The company is claiming this video card is capable of wringing 60+ FPS with anti-aliasing turned on at 1080p for visually demanding games like Rise of the Tomb Raider, The Witcher 3, and Grand Theft Auto V. 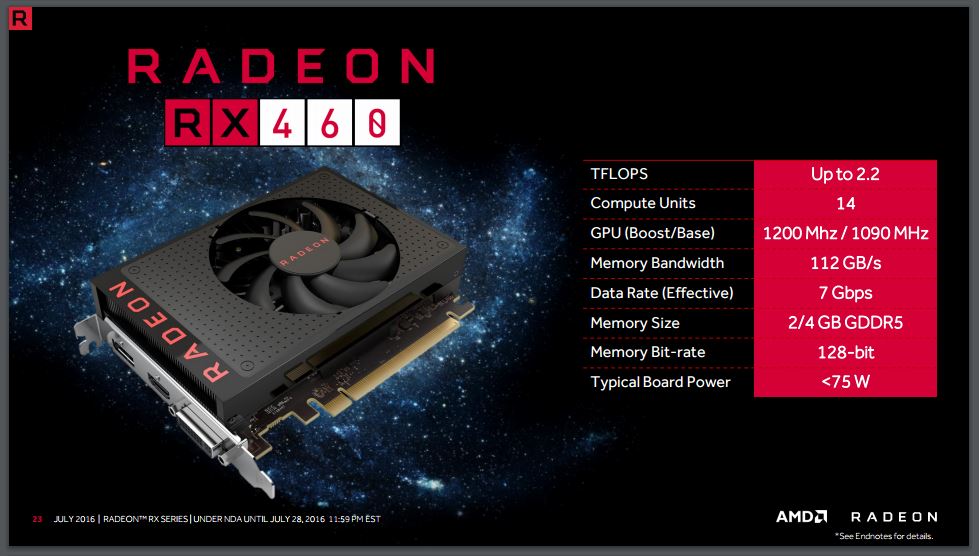 AMD is talking about the 460 as a new option for powering gaming laptops. In its marketing materials for the 460, AMD says it is “enabling console-class GPU performance in incredible form factors.” The idea here is that you’ll have something equivalent to a PlayStation 4 in a portable Windows rig. If this Radeon chip is less expensive than the 480, that could introduce a series of low-cost gaming laptops targeted at consumers who want something relatively powerful that they can take on the go.