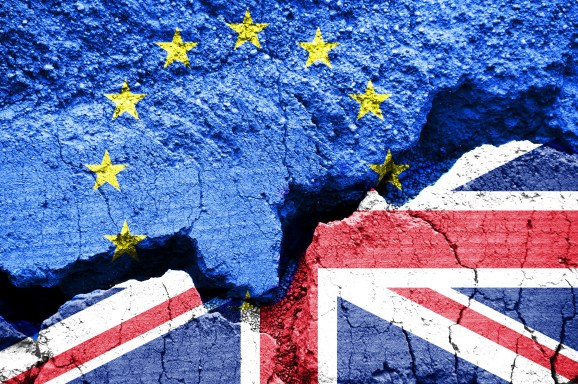 “Slightly devastated” was my typical British understatement of how I felt immediately following the Brexit vote last month. As a British man living in Berlin who has run an international e-commerce company since 2009, I understand the value of open borders to conduct business and embrace an agile workforce. During my tenure, my company became active in 18 markets, available in 12 languages, operated five global production sites, and last year shipped 3.6 million products to 180 different countries. We are successful precisely because we embrace a global market of sellers and buyers.

As a global CEO, I can see the profound business and cultural implications that my home country will be facing with this journey down this isolationist route, if Brexit goes ahead. There will be immediate consequences in the UK online business sector as investors choose to put their money into mainland European businesses rather than a UK business that may become isolated. A tighter border will make it much tougher for UK businesses, and they will lose access to the EU markets; even the current uncertainty is slowing investment.

The UK has long enjoyed a role as the global hub and stepping stone to globalization in the online market and many others, attracting American and Asian businesses that want a base in the EU, in an English speaking land with easy access to the EU market. It has also been the first stop for many EU businesses on their way to the USA. This has made it a vibrant, highly competitive market and rich with consumer choice. The UK will be turning its back on this opportunity, and already I see companies heading to Berlin, Dublin, Amsterdam, and other European hubs instead.

Alongside this global hub role, London developed a reputation for attracting the top talent, with people from all over the world being attracted to this market and opportunities. Spending a few years in the London market has often been seen as a “right of passage” by European recruiters. London and the UK will now see this role diminish and talent disperse to other countries. The various rumors of Scottish and Northern Ireland breakaways will not stop this now, as this was a very London-centered market. The negotiations around Brexit are already diminishing the part London plays, and even if there is a way to stop Brexit, much damage has been done.

Our corporate headquarters in Leipzig in the former East Germany is a microcosm of the benefits of a dynamic inclusive workplace powered by open borders — we have more than 20 nationalities that work together. I am sad that many of the UK voters did not appreciate what this environment adds to the knowledge, skills, and enjoyment of working in a mixed culture.

I am one of six Brits in the German office. I believe all of us should be able to stay through different mechanisms. Even as a CEO, I will face the headaches that come with this change. I will need a work/labor permit to work in Germany and will have to deal with many issues around tax, pensions, property ownership, and 100 other things. This is really a minor inconvenience compared to the heartache I feel about the future deterioration of the UK online business. I started working in online advertising in 1996 and was responsible over 13 years for many different businesses in both media and e-commerce, many of which were American businesses starting in the UK. I watched the online market grow and then become international, until I eventually became part of that international side.  It is an industry I love and now, in the UK, it faces huge challenges as borders may come up.

As the US is our largest single market, I spend a lot of time there, and last week I was trying to explain why this is such a problem. The US has operated as a federation of states for so long, it has forgotten the formerly disjointed approach. I think it would be like California (whose economy is about the size of the UK) deciding to leave the US. So many tech businesses grew up in California that it became the tech hub of America — but only because it could easily trade with the rest of the US. Now imagine it breaking away and putting an import/export border across that — or even worse, that remaining Americans would need visas to work in California or vice-versa. Companies would rapidly move to Boston, Seattle, New York, and other tech cities.

British companies will find it a lot harder to trade with the EU (their largest trading partner); currently 51% of all British goods are exported to EU partners. Many of the Brexit politicians say that the UK will be very similar to countries like Norway and Switzerland. But I can tell you now as a German company working in 18 countries that Norway and Switzerland are a lot harder for us to do business in due to additional paperwork, taxes, and delays. It is hard for us to maintain the right level of customer service there because of the borders, and we put them much lower down our list of priorities. As a result, we put more investment in emerging ecommerce countries like Italy and Spain. The EU and its regulations were not perfect, but they make life for Europeans and their businesses so much easier.

Can you imagine an American world where California finds itself a secondary market, investors no longer see it as a good place to invest, and companies no longer think it is a good place to develop tech? This is the risk the UK and my home country is now taking, so “slightly devastated” is much more than an understatement, and I wake up every day hoping the UK finds a way out of this stupid and suicidal move.

Philip Rooke is CEO of Spreadshirt, an e-commerce platform for print-on-demand apparel and accessories.