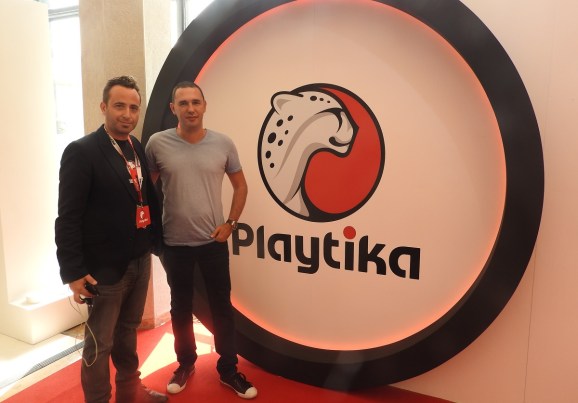 A consortium of Chinese companies led by Giant has agreed to pay $4.4 billion for Playtika, the social casino game company in Herzliya, Israel, that was owned by Caesars Interactive Entertainment.

Caesars, which previously thought the virtual goods social casino game company was a good property to go with its real-money gambling properties, announced it would sell off the business in order to pay down debt.

South Korea’s Netmarble was rumored to have bid $4.3 billion for, but other bidders besides Netmarble emerged.

Under the agreement, Playtika will continue to run independently with its headquarters remaining in Herzliya, Israel and its existing management team continuing to run day-to-day operations.

“This transaction is a testament to Playtika’s unique culture and the innovative spirit of our employees who for the past six years have consistently designed, produced and operated some of the most compelling, immersive and creative social games in the world,” said Robert Antokol, cofounder and CEO of Playtika, in a statement. “We are incredibly excited by the commercial opportunities the Consortium will make available to us, particularly in its ability to provide us access to large and rapidly growing emerging markets. This is an amazing milestone for all Playtikans and we truly value how unique this opportunity is to continue executing our vision with such a strong partner.”

“Playtika’s growth has been exceptional, and highlights its outstanding team, excellent corporate culture, cutting-edge big data analytics, and its unique ability to transform and grow games,” said a representative of the Consortium, Giant’s founder and Chairman Shi Yuzhu, in a statement. “We are looking forward to Playtika continuing to innovate and excel.”

“It has been a particularly rewarding experience growing Playtika from a 10-person start-up, when CIE acquired them in 2011, into a global leader,” said Caesars Interactive Entertainment Chairman and CEO, Mitch Garber, in a statement. “Playtika today is a highly profitable growth company with more than 1,300 employees, multiple top grossing titles and millions of daily users. Robert is a true visionary and Israeli business leader who has created not only a great business, but also the most unique corporate culture I have seen in my career.”

The transaction is subject to customary regulatory approvals and other closing conditions, and is expected to close in the third or fourth calendar quarter of 2016.

CIE’s World Series of Poker and real-money online gaming businesses will not be included in the transaction, and the virtual currency used on the Playtika platform will continue not to be exchangeable for real money. Raine Group served as financial advisor and Latham & Watkins served as legal advisor to Playtika.

CODE Advisors served as financial advisor and Fenwick & West served as legal advisor to Giant. Giant is based in Shanghai, and it operates the ZT Online series massively multiplayer role-playing games in China. It has nearly 50 million monthly active users.

After completing the second largest private equity-backed take-private of a U.S.-listed Chinese company, Giant returned to the Shenzhen stock exchange via reverse merger with Chongqing New Century Cruise Co. in April 2016, and is currently valued at upwards of $12 billion.

Playtika has more than 6 million daily active users in 190 countries. It was founded in 2010.

Playtika, which has more than 1,000 employees, is one of the haves in the social casino game business. Not many startups are left in that space.

Market researcher Eilers Research and Krejcik Gaming reports that Playtika is the No. 1 player in the $3 billion social casino game business. It’s market share is roughly double of IGT, its nearest competitor. In the second quarter of 2016, Eilers estimated that Playtika generated about $240 million in revenues. It has been delivering above-average growth.