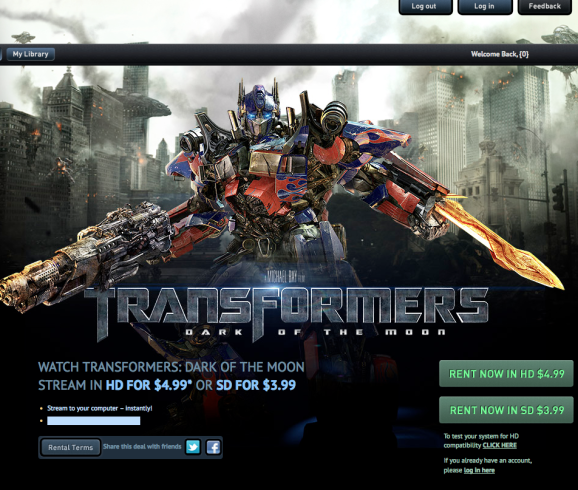 Kabam and Hasbro have created a partnership to make a mobile game based on the Transformers franchise.

San Francisco-based Kabam said it will make a triple-a “massively multiplayer mobile game” based on the iconic Autobots and Decepticon Transformers giant robots. Kevin Chou, chief executive at Kabam, made the announcement over the weekend at the ChinaJoy game event in Shanghai.

The game will debut in 2017. It will join a number of other games that, over the past three decades, have been based on the Transformers brand, which is now one of the world’s most recognizable franchises, engaging consumers with award-winning television shows, cutting edge digital entertainment series, consumer products, action figures, clothing, live events, blockbuster feature films, and more.

This new game from Kabam will give Transformers fans the opportunity to engage with Optimus Prime, Megatron, and other popular Autobots and Decepticons in a new, high-definition 3D environment. It will have role-playing game and strategy elements.

A Kabam spokesperson said that this game will “will be span all of Transformers lore tied to Generations. There will be movie elements, of course, at major beats for all the films over the coming years, but this is a Kabam/Hasbro deal, and not a Kabam/Paramount Deal,” they said. “[It’s] less movie-centric, but will still be supported with film content when it makes sense.” So this could focus more on the beloved designs of today’s Generations lines of toys that feature in IDW’s comics than the ones fans mock as “Bayformers” from the films.

“The Transformers are loved by consumers around the world and we are thrilled to partner with Hasbro to bring the brand to life with this new mobile game,” said Kent Wakeford, chief operating officer of Kabam, in a statement. “Kabam strives to develop mobile games that offer players years of entertainment and the Transformers’ many colorful characters will allow us to deliver on that goal. We are working with Hasbro to create a gameplay experience that fans will want to interact with over and over again.”

“Hasbro is committed to creating authentic Transformers experiences on every platform where fans have a presence and this partnership with Kabam is the latest step in our ongoing commitment to delivering, rich, engaging stories in the mobile space,” said Mark Blecher, senior vice president of digital gaming and corporate development at Hasbro, in a statement. “Kabam is a leader in developing mobile games inspired by popular franchises, and its expertise will help us create a game that thrills long-time Transformers fans and newcomers alike.”

The Transformers mobile game will be developed by Kabam Vancouver, the studio who created Fast & Furious: Legacy and Marvel Contest of Champions, a top 10 grossing game on the App Store.

Tim Fields, senior vice president and general manager for Kabam Vancouver, said in a statement that the studio is full of Transformers fans, and that it will deliver “immersive world that is truly ‘more than meets the eye.’”

Kabam has more than 700 employees, and it has six titles that have grossed more than $100 million each. The company recently launched Marvel Contest of Champions in China, but that title hasn’t done as well as hoped there. Kabam’s investors include Alibaba, Canaan Partners, Google, MGM, Intel, Pinnacle Ventures, Redpoint Ventures, Warner Bros., and others.