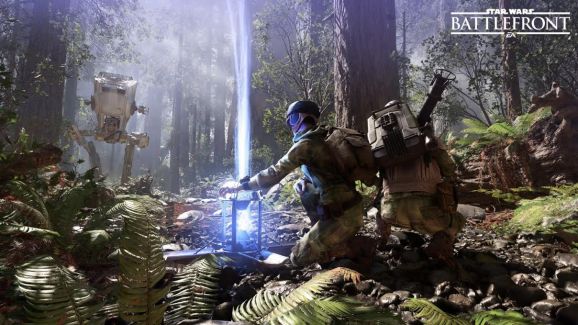 The financial trains continue to run ahead of schedule at Electronic Arts.

The Battlefield publisher revealed the results of its fiscal Q1 2017 today, and it generated $682 million in revenues. That bests the $650.7 million that analysts were expecting. The company also earned 7 cents per share, which is well ahead of the 2-cent loss that Wall Street predicted. EA credits its digital business for its growth in the $99.6 billion worldwide gaming market.

“Q1 was a great quarter for Electronic Arts with amazing engagement in our global communities,” EA chief executive officer Andrew Wilson said. “EA is leading our industry through innovation, with more of our biggest games powered by Frostbite, breakthrough EA Sports titles on console and mobile, and the unstoppable combination of Battlefield 1 and Titanfall 2 coming this holiday.”

In its earnings press release, EA noted that the military shooter Battlefield games have 11.5 million unique players in the first quarter. Star Wars: Battlefront, a sci-fi shooter, had 6.6 million uniques during the same time. The publisher’s connected games also created a lot of engagement through the three-month period ending June 30.

“Our digital business drove this quarter, particularly outperformance from FIFA Ultimate Team on console and Star Wars: Galaxy of Heroes on mobile,” EA CFO Blake Jorgensen said. “This success along with the launch of NBA Live Mobile gives us great confidence in our ability to operate and add new live services through the year.”

Looking ahead, the company is expecting to generate $4.75 billion in revenue for fiscal 2017. And it is predicting earnings per share of $2.56. The aforementioned Battlefield 1 and Titanfall 2 are the blockbusters behind this outlook.