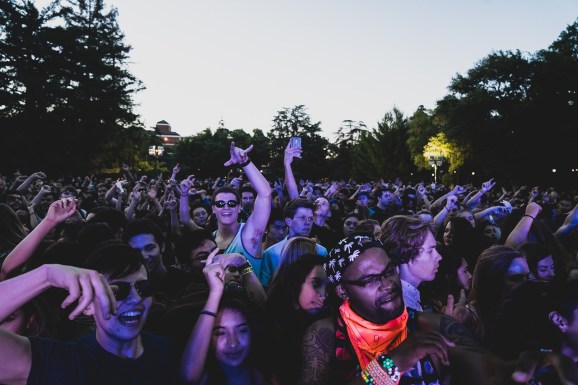 People getting pumped at a concert. StubHub unveiled its first chatbot today on Skype. Credit: bbolender

In one of a few updates to the Skype bot directory since Microsoft opened the chat app to developers in April, new bots were unveiled today that can book travel plans, buy event tickets, and connect to Internet of Things devices. The update brings new blood to a bot directory with fewer than 40 bots available today.

Hipmunk and Skyscanner bots connect people to live flight and travel deals. If talking to a bot isn’t inhuman enough for you, you can chat with Spock, a bot that emulates the emotionally challenged Vulcan from Star Trek.

IFTTT bot lets you chat with dozens of apps and more than 50 Internet of Things devices like security systems, cars, wearables, and connected home devices that range from washing machines to light bulbs. Chatting with this bot allows you to turn down the temperature at home or automatically send a message to colleagues when you leave work.

Unlike other bots being added to the Skype bot directory today, this is the first bot for StubHub, a company that handles 30 million ticket sales a year.

The bot was made by StubHub engineers Pablo Flores and Carlos Lopez at a Skype hackathon in June, said StubHub head of product strategy Gary Kanazawa. It has become part of a larger strategy to let users not just buy event tickets but also coordinate dinner before the show or drinks after the concert.

“If you look at StubHub in the past, people have gone out there and bought tickets, but that’s kind of where their experience with StubHub ends,” Kanazawa told VentureBeat. “As you look at where we’re going now, we’re really all about being able to not just stop the experience there but to discover the events you want to go to, finding which friends of yours might be interested in being able to attend with you, helping to facilitate the planning to make it easy to go out.”

To call Microsoft bullish on bots may be an understatement. On multiple occasions, CEO Satya Nadella has stated that conversational computing is the new interface and it will “fundamentally revolutionize how computing is experienced by everybody.” 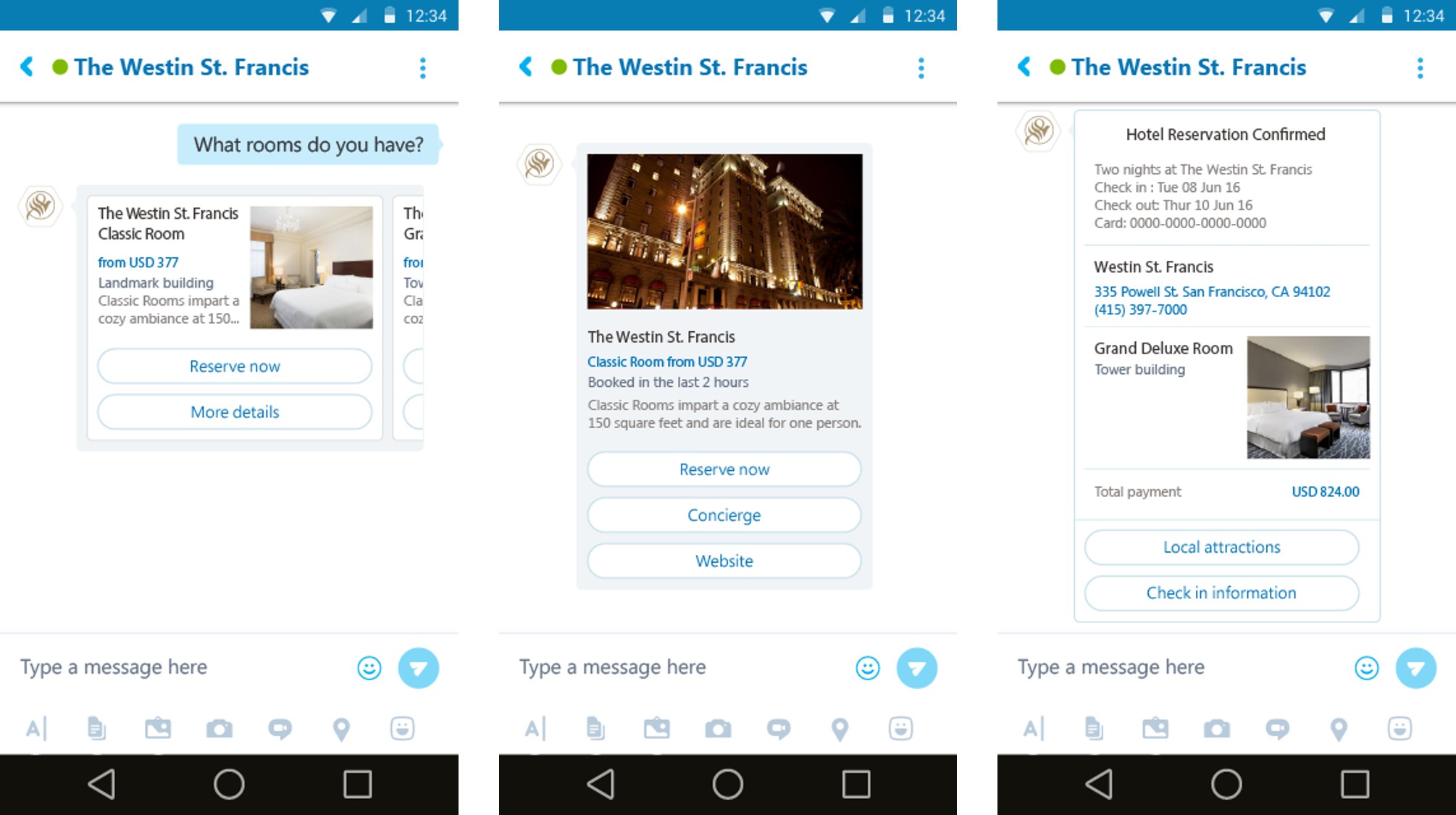 Above: Cards and buttons now available on Skype. Credit: Skype

In July, Skype rolled out a series of changes, creating its own bot framework, incorporating cards and buttons so bots can be made with more than plain text, and introducing the ability to invite bots into group chats.