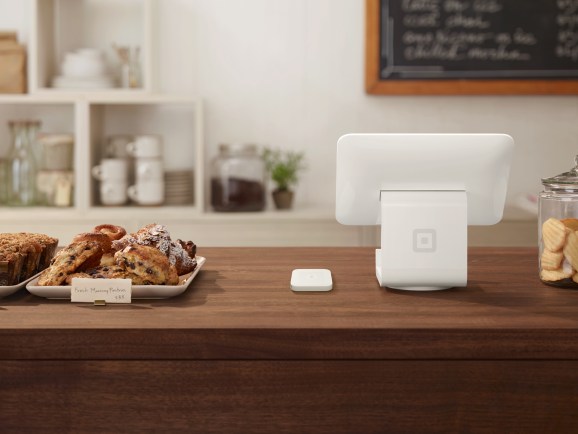 Square ($SQ) today released the results of its 2016 second quarter earnings, which generated $439 million in revenue, a 41 percent increase from a year ago. Its gross payment volume (GPV) jumped 42 percent for the same time frame to $12.5 billion. As for its earnings per share, that wound up being a loss of $0.08.

Wall Street analysts had expected the commerce company to bring in $406 million in revenue with an EPS loss of $0.11 per share.

The company’s transactional revenue made up the bulk of the company’s revenue of $365 million in the second quarter, an annualized increase of 40 percent and which represents 2.93 percent of GPV. Square’s deal with Starbucks brought in $33 million and while the partnership was scheduled to end next quarter, Square revealed that it’s “currently negotiating an amendment that may extend the agreement beyond the third quarter to allow Starbucks additional time to complete its transition” to another payment provider, something that has been “taking longer than anticipated.”

While this is chief executive Jack Dorsey’s third time presenting Square’s financials to its shareholders, the stock finds itself in a downward trend. Since it began trading in November to today, shares are down approximately 20 percent. Square ended the day up 4.08 percent at $10.46, and in after-hours trading, it’s jumped up more than 9 percent.

One area that shareholders and analysts have been watching is how well Square Capital continued to perform. For the second quarter, the company reported that $189 million had been extended to its business customers, an increase of 123 percent from last year and 23 percent from last quarter. More than 34,000 business loans were provided in Q2. It said that to date, Square has had an advance and loan loss rate of approximately 4 percent.

GPV rose 21 percent from Q1, thanks to an increase in the number of larger-sellers (those generating more than $500,000 in annualized GPV) as well as mid-sellers (those generating between $125,000 and $500,000). Square attributes its success with larger sellers to various reasons: its products’ differentiated ease of use and ability to train employees “in minutes”; a focus on “bringing payments together with additional services into one cohesive ecosystem”; and larger sellers will “benefit from fast access to capital, whether it’s next-day settlement of funds, Instant Deposit, or Square Capital loans.”

Today’s results certainly topped the company’s guidance that it presented in the first quarter, which estimated adjusted revenue to be between $151 million to $156 million — this quarter it’s $171 million. In May, Square announced that it expects to break even in the second quarter and moved its full 2016 EBITDA from $8 million to $14 million.

For 2016, Square said that it expects total net revenue to be in the range of $1.63 billion to $1.67 billion and cautions that total net revenue growth will be impacted by the “continued decline in Starbucks transaction revenue” as the relationship terminates.

As for next quarter, the company issued guidance saying that total net revenue will be between $410 million and $420 million, with adjusted revenue of $167 million to $171 million.