TheWaveVR has raised $2.5 million in seed funding as part of its mission to change the way people experience music with virtual reality.

The Austin, Texas-based startup is creating a social VR music platform where performers can create music while wearing a HTC Vive headset and spectators can watch the whole experience. The music industry is usually behind in exploiting digital technology, and the company wants to help the industry create new revenue streams.

“We are building the world’s first VR interactive music platform,” said Adam Arrigo, CEO of TheWaveVR, in an interview with me at our recent GamesBeat 2016 event. “It lets anybody from aspiring DJs to Deadmau5 to put on online virtual shows that are fully interactive. Our goal is to democratize the live music experience.” 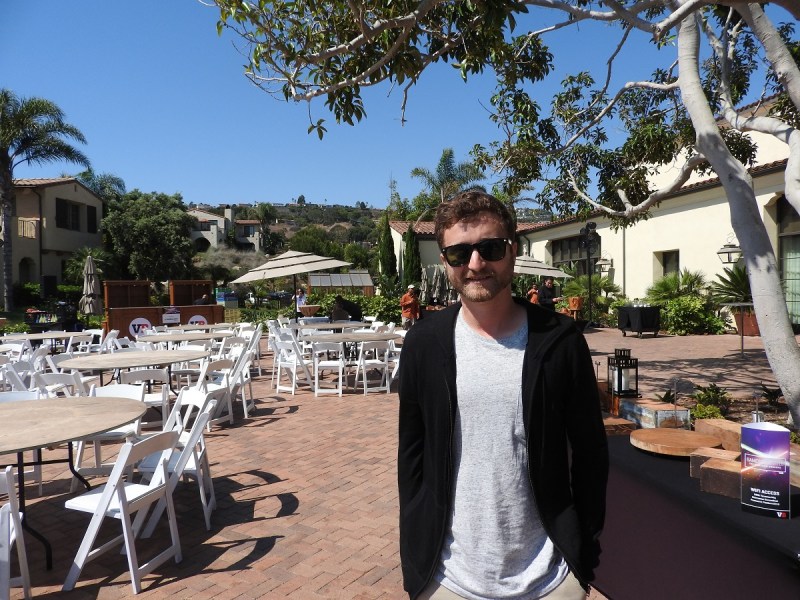 Above: Adam Arrigo, CEO of TheWaveVR

“TheWaveVR is building music experiences that can only exist in virtual reality. They’re giving musicians superpowers they’ve never had before and allowing listeners to experience performances in ways that have never been possible. We’re excited to help them build this platform that will forever change the music industry,” said Anjney Midha, founding partner at KPCB Edge, in a statement.

The company also announced that it has added David Wexler (aka Strangeloop) and Dave Haynes as advisors. Wexler is an audio-visual artist and founder of Strangeloop Studios in Los Angeles. He is one of the most recognized live visual artists in the world, having worked with Flying Lotus, Skrillex, The Rolling Stones, and more. Haynes is a longtime entrepreneur and currently on the investment team at Seedcamp. He was formerly a part of the early team at SoundCloud, helping the company grow from launch to the world’s leading online audio platform.

“TheWaveVR isn’t just simply taking music to VR, they are radically evolving the possibilities for how artists reach fans and how fans get access to and experience their favorite music,” added Amitt Mahajan, founding partner at Presence Capital, in a statement.

TheWaveVR is a VR platform for people who love music, enabling them to view, host and socialize in live and recorded shows worldwide, anytime, anywhere. TheWaveVR wants to enable musicians and artists to reach a much broader audience by creating a VR venue where artists can perform live music by simply importing their tracks, customizing the visuals of the venue, and sharing virtual shows. Fans can attend via most major VR head mounted displays, interact with performers, socialize with friends, dance, paint and more.

“It’s fully interactive, so it’s all in the engine,” Arrigo said. “Everybody has a digital representation, or avatar, and you can go in and create music as a DJ, or you can go in and dance and enjoy the party. We’ll go in and hold some weekly raves. We’re working with electronic artists to capture their performances.”

TheWaveVR will be unveiling the world’s first VR Rave at the VRLA event on August 5-6 in partnership with SubPac, Skullcandy, PhaseSpace and 3DLive. A curated list of DJs will be performing in the HTC Vive, while multiple attendees will wear positionally tracked Gear VR’s and SubPacs (subwoofer vests). The DJs will be performing in front of a giant 3D screen, so music lovers can also experience eye-popping visuals from the metaverse on 3D glasses. For more information on the event and how to participate, go to this Facebook link.

The company has seven people right now. But it’s getting a lot of attention, as Arrigo is having talks with lots of music performers.

TheWaveVR is comprised of a global team of music, VR, design, and games industry veterans coming out of studios the likes of Harmonix, Q-Games, Portalarium, and Unello Design.