Sony and Microsoft are both trying to push console gaming into 4K, and the latest revision of the Xbox is doing that the right way for the current television market.

Earlier this week, Microsoft released the Xbox One S. This is a slimmer Xbox One that can upscale game content to 4K and can play 4K video like Ultra HD Blu-ray films. It starts at $300 for a 500GB model — although the $400 2TB version is the only one on store shelves right now. I’ve already reviewed it, and I think it’s the go-to Xbox One model for anyone looking to get a next-gen system. But, more than that, the Xbox One S is a savvy move from Microsoft to help settle a 4K TV business that is still a realm primarily for early adopters.

4K is a new video standard that comprises four-times the number of pixels of 1080p, which is sometimes called “full HD.” Between now and next holiday, Sony and Microsoft will have three different “4K” consoles. The Xbox One S is out now, and Sony is planning to launch the PlayStation 4 Neo sometime in the near future. At the Electronic Entertainment Expo trade show in June, Microsoft also revealed that it will launch the Xbox One Scorpio in 2017. The Neo and the Scorpio will both feature major horsepower improvements aimed at delivering improved visuals rendered at a 4K resolution. But while Sony may jump straight to the upgrade with Neo, Microsoft may benefit from launching the Xbox One S first. 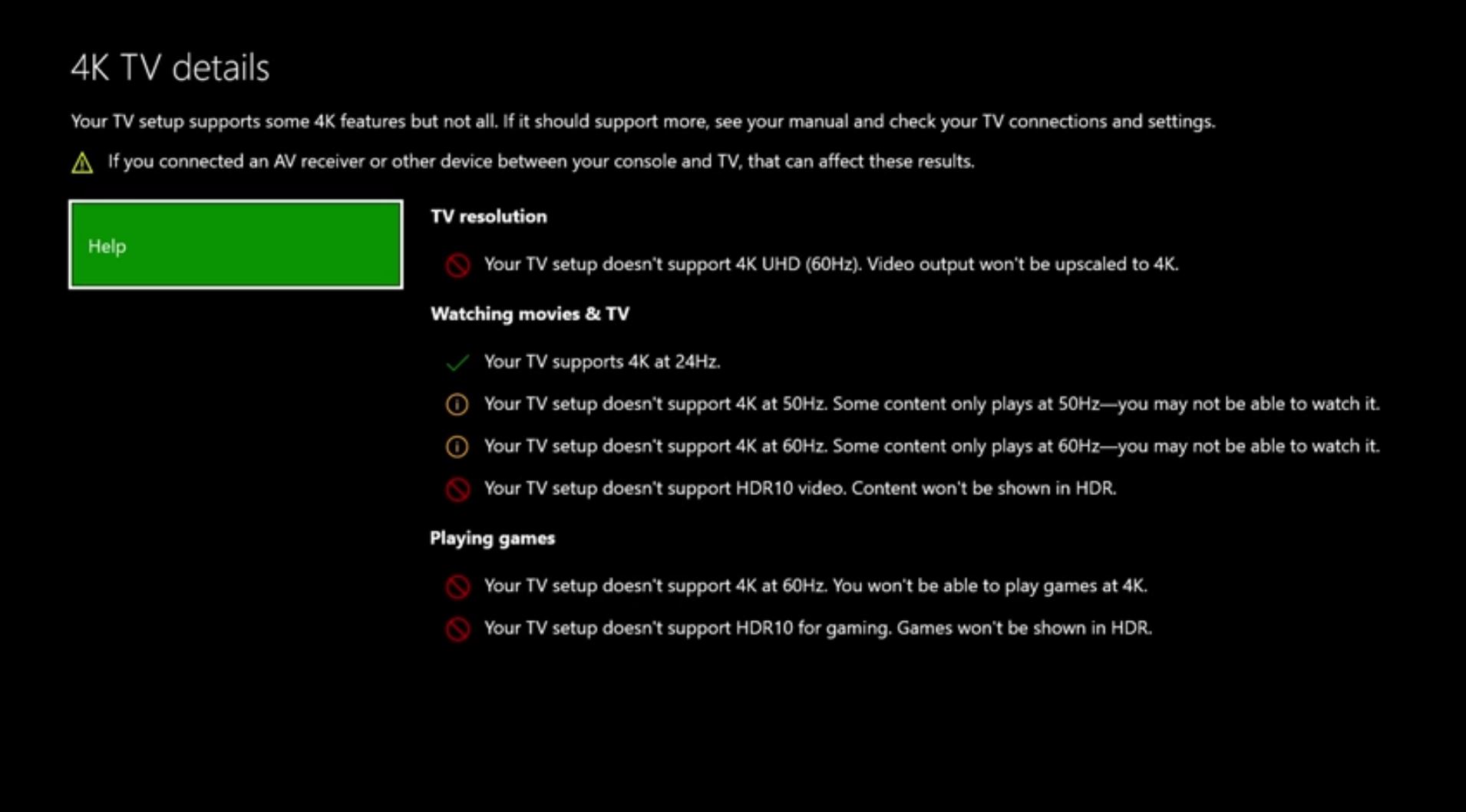 Above: This is a scary screen because 4K is so new, but it should turn into an afterthought soon.

Microsoft is correct to emphasize HDR

4K is going to replace 1080p. It’s already happening on the high-end of the market. And in the same way that you can hardly find a 720p television today, you will probably have the same trouble with 1080p in a few years. But 4K isn’t that exciting of an upgrade for most people simply because of how far away they sit from their televisions. Once you’re 10 feet away (the average distance people watch their TVs from) the human eye typically can’t discern the difference between 1,080 horizontal lines of resolution and 2,160. Some people can see it, but you probably can’t.

Even if you can see a difference between 1080p and 4K from 10 feet away, your kick-ass vision will benefit far more from other exciting display technologies that are happening alongside the bump up in resolution. Most notably, high-dynamic range (HDR) could usher in image-quality improvements equivalent to the shift from standard definition to HD. HDR works by offering up a higher contrast range between the bright and dark colors on your screen. It also helps more accurately reproduce those colors so that every image looks more natural.

While 4K is an upgrade, HDR is where most average people will notice the improvements.

4K standards are still a headache

But while 4K and HDR are incredible, they are not always the same from one set to another because different manufacturers are still using varying standards.

Earlier this year, the Ultra HD Alliance settled on the Ultra HD Premium format, which is a resolution of 3850 x 2160, the BT.2020 color gamut, and HDR. If you see a device or content with the Ultra HD Premium trademark, it’s going to give you everything you need to get the most from the Xbox One S. But the problem is that this standard is so new that not even Sony is building TV sets that supports it yet. And even when you buy a set from manufacturers who support the standard, like LG or Samsung, it doesn’t mean you’ll get a plug-and-play experience out of the box.

We’re at a point with HD that you almost certainly have a few extra HDMI cables laying around your house. But guess what! Most of those are not going to work with UHD. You need the high-speed 2.0 HDMI cable (Xbox One S comes with one) to get the bandwidth required for 4K video at 60hz.

The result of all these standards and requirements is that you have a relatively high chance of plugging a 4K device, like the Xbox One S, into a “4K” TV that won’t produce a 4K or HDR signal.

Remember that 10-year period where you would visit your uncle and he’s have a 4:3 SD image stretched across a nice new 16:9 1080p display? We’re back in that phase again with 4K.

Xbox One S to save the day

But the good thing here is that the Xbox One S is going to give the market a reasons to meet UHD Premium standards. Between the Xbox One S and PlayStation 4 Neo, 4K-capable devices should surge in popularity over the next 12 months. If a manufacturer releases a set that doesn’t fully support the Xbox One S, it is severely limiting the appeal of that TV. Instead, you can probably expect most companies to start pointing out whether they are Xbox One S compatible.

This ensures that when Microsoft does launch Xbox One Scorpio in late 2017, the market will likely have already worked through the kinks of 4K and HDR. And that will potentially lead to a smoother launch for that device.