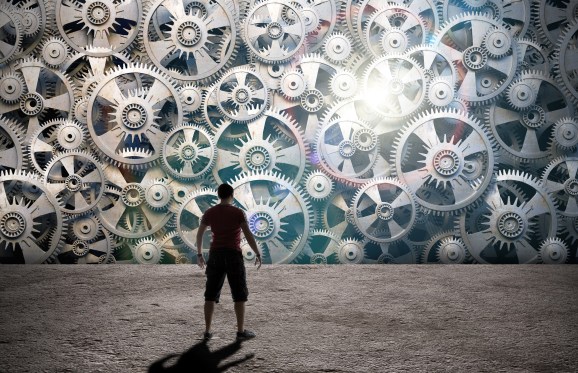 A quick Google search for top CEOs will yield a list of well-known names like Jeff Bezos, Mark Zuckerberg, Sergei Brin and Larry Page. Not surprisingly, these CEOs have a lot in common – they’ve built successful companies, established iconic corporate cultures, inspired other great leaders, and the list goes on. But an undeniable common thread is their impressive, and often exhaustive, technical background.

As we embark on The Fourth Industrial Revolution, our world is changing quicker than it ever has; the reality is that most companies are simply not prepared for what’s ahead. According to recent research by Juniper Networks and Wakefield Research, IT decision makers across various industries including telecom, healthcare, retail, and financial services are concerned that their company’s IT infrastructure would be an obstacle to accelerating a new product or service.

Perhaps this explains one of the reasons why tech CEOs are so celebrated. With their technical experience, they may just be better prepared to equip their businesses for today’s challenges and, more importantly, quickly adapt to the unforeseen challenges around the corner.

With this view, it’s time we prioritize tech-savvy leadership across all industries, not just tech.

The C-Suite is falling behind

It’s not uncommon for technology companies to have a technical CEO, but other industries are lagging behind and need to catch up. A recent survey my company conducted polled IT and business decision-makers across various industries, and 90% of the 1,800 IT respondents said their company would perform better if their C-Suite were more tech-savvy.

The previously separate realms of IT and boardroom are merging to drive the bottom line, increase top line revenues, and drive employee satisfaction. Future generations are already picking up on the need for tech-savvy leadership — computer science is replacing business as the most popular major at many US universities.

These converging trends will inevitably impact what we look for in the C-Suite. At this rate, the corporate world is apt to find itself at a loss, with less tech-minded companies missing critical opportunities or worse, cascading toward irrelevance.

Coding will be the litmus test for future CEOs

Based on the prevalence of computer science education now, we shouldn’t be surprised if engineering replaces business, or becomes a foundational part of a CEO’s background 30 years from now.

It’s not that CEOs with technical chops are innately better than those with a more business-focused background. An MBA will surely still be valuable, but companies will rely on CEOs that can make technology an integral part of their business strategy. The extent to which CEOs can understand both pillars will determine their success.

For example, our survey showed that the majority of companies expect a new disruptive technology, product, or service to be introduced to their industry within the next two years. CEOs will need to leverage both their business and technology chops to stay in front of these potential disruptions. Wouldn’t you sleep easier at night knowing the leaders of your company were equipped to tackle these challenges head-on?

One of the most powerful changes happening in enterprise technology right now is the wealth of code available to the public through open source offerings and communities. The Linux Foundation alone hosts projects whose code is collectively valued at over $6 billion. Having a CEO who fully understands the potential of open source will be vital as all companies leverage the open source world as both a cost saver and source of innovation — not to mention a faster way to create and deliver products to market.

Tech companies have already capitalized on the realization that releasing their proprietary solutions can result in accelerated innovation and increased functionality. According to AT&T, which recently released the code that powers its networks, building the open source community will not only help align the global industry but will also allow for people “to contribute to the code base and advance the platform.” GE’s Open Innovation initiative aims to “crowdsource innovation” by releasing challenges to the smart minds outside of its own walls.

Less frequent are instances of non-tech companies adopting these practices. Wal-Mart, which has been praised for both its internal and external approach to open source, released its OneOps cloud and application lifecycle management platform so that others can “improve or build ways for it to adapt to existing technology.” Examples like this will become more frequent as non-tech companies and their leadership are forced to think like tech companies in order to stay competitive.

The benefits of open source go beyond simply advancing technology capabilities. Poke around a hackathon and you’ll find a contagious energy. Engineers, entrepreneurs, and innovators in the technology realm have built a strong community of builders and thinkers. The more of this innovative, forward-thinking mindset a company can foster, the more it will be able to leverage the learning and relationships that come with it.

This integration of technology and business is not just a fad – it’s an inevitable shift created over the past 20 years by the digital revolution. In the future, the world’s best leaders will be engineers, or there will be a new hybrid role as business programs adapt to the increasing role of technology in a company’s success. Either way, there’s no time like the present to get smart on technology and prepare for the new CEOs model. After all, 2046 will be here before we know it.