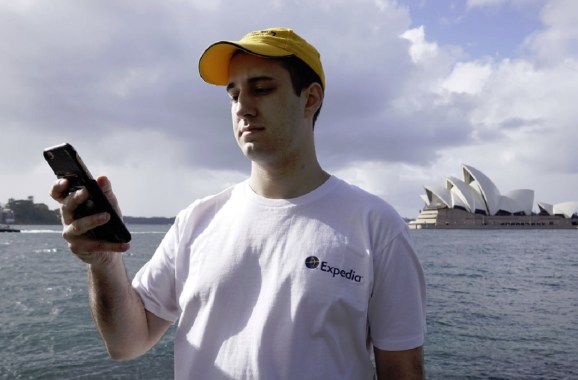 Nick Johnson is the first person to catch all of the available creatures in the wildly popular Pokémon Go mobile game.

The New Yorker completed his global quest to “catch ’em all” in Sydney, Australia, on a journey sponsored by Expedia. He caught the last creature, the region-specific Pokémon Kangaskhan, in Sydney.

Of the 151 Pokémon in the game, Johnson caught all 142 characters available in the U.S. within the first two weeks of the game’s release. His international efforts bring Johnson’s total Pokémon tally to 145. The remaining six are yet to be released. Johnson has caught a total of 5,000 Pokémon so far, Expedia said.

“We’re delighted to have been able to help Nick live out his Pokémon dream and travel far and wide to literally ‘catch ’em all’. Nick’s journey is an exciting example of how Pokémon Go is turning gamers into travellers, redefining tourist attractions and bringing together a whole community,” said Georg Ruebensal, managing director of Expedia Brand for Australia and New Zealand.

“The game is also encouraging people to become tourists in their own cities by getting players outside and exploring local landmarks they may have not seen before. Pokémon Go is now another way to travel, meet new people and explore the world,” Ruebensal added.

During his quest, Johnson lost eight to ten pounds in the first two weeks from all the walking. He caught Pokémon underneath the Eiffel Tower (which is a big Pokémon hotspot), and he played the game in front of the Sydney Opera House. He also skipped sleeping in Hong Kong in order to catch Farfetch’d.