A decade ago, Warner Bros. embarked on an ambitious plan to become a big player in video games by acquiring studios that would internally produce titles based on Warner’s big properties.

Now the company has one of the biggest combinations of entertainment and video games, with $1.5 billion in revenues in 2015. It uses a mix of external and internal studios to produce games such as Mad Max, Batman: Arkham Knight, and Lego Dimensions. As such, it’s a rarity in Hollywood, where licensing to third-parties is becoming the norm.

David Haddad, the president of Warner Bros. Interactive Entertainment, is the leader of this strategy, and we interviewed him on stage at our GamesBeat 2016 conference last week. The company is now seeking to combine its PC and console game business with digital strategies that will introduce modern business models and live operations — without alienating traditional fans.

Here’s an edited transcript of our conversation. You can also watch the video embedded below. 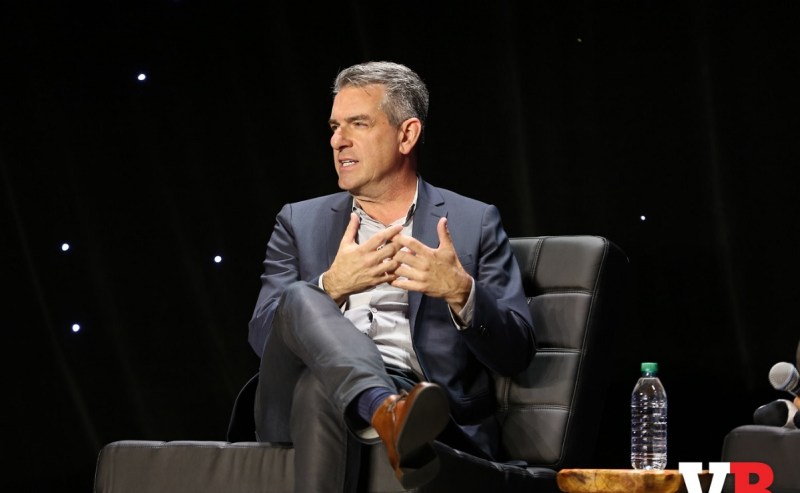 GamesBeat: Warner Bros. has had this very deliberate movement up the rankings of the top 25 public game companies, as calculated by Newzoo. Warner wasn’t even in the top 25 in 2011. In 2014, you were at No. 11. In 2015, you were at No. 9. That trajectory is rare and impressive. Warner also shares some details about the interactive entertainment division’s performance. In 2015, revenues were $1.5 billion. The company is targeting $1 billion in revenue on an annual basis. NPD says Warner is No. 3 in the U.S. and Europe now. Can you talk about how you got to this point?

David Haddad: We’ve been in the entertainment business, broadly, for almost a century. Been in film for almost 100 years, television for more than 60 years. About a decade ago we focused on games being that third production arm of the company. We liked the long-term prospects of the interactive entertainment space and thought we had skills and assets that would work well.

The foundation of it was a series of very smart acquisitions that brought us some of the best creative talent in the business. We’ve done five acquisitions of studios that we’ve added to our portfolio. With that, we also got great franchises. They’re not movie franchises or TV franchises. They’re game franchises. Mortal Kombat from NetherRealm Studios. Rocksteady Studios and the Arkham series they created. Monolith and Shadow of Mordor. That’s been the foundation and we’ve built on that over time.

We have focused on being creator-friendly. We’re a place where, just like in movies and TV, great game-makers want to build content for us.

GamesBeat: Why did you also choose to make that big investment in internal development, as opposed to other Hollywood companies that are doing so much licensing?

We had to learn how to manage internal teams, to be effective at it and invest in it appropriately. Give them the tools and the inspiration and the access to capital to be successful. But I think we got that balance right.

GamesBeat: In 2015, you had a huge year with releases including Batman: Arkham Knight, Mortal Kombat X, Dying Light, Lego Jurassic World, Lego Dimensions, and Mad Max. In 2016, you’ve had a few more with Lego Marvel’s Avengers and Lego Dimensions add-on content. Are you guys reloading this year?

Haddad: Certainly it’s a different year for us. Today we’re releasing, under license, a game with Telltale, a Batman series game. We still do deploy licensing and co-publishing as well as self-publishing. We’re excited that next year we’ll be launching core games again. We’ve announced Injustice 2. It’s a bit of a different year for us, but we see a balance of both our great Lego franchise and series as well as core games coming. 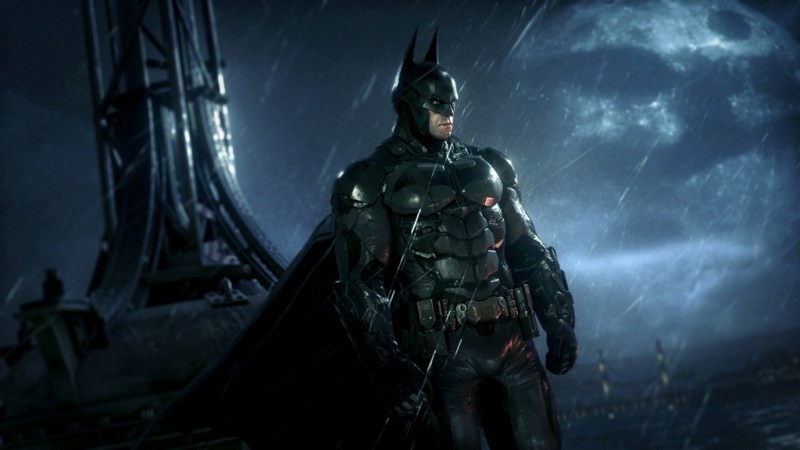 Above: Arkham Knight is one of WB’s most important games of 2015.

GamesBeat: You also have this internal strategy called “digitally powered.” Can you fill us in on that?

Haddad: The background and context is that, many years ago, we stopped measuring units sold and thought much more about time spent, time played, the amount of engagement. We started thinking about all those drivers and all those elements that led to the highest engagement in games. We use this language internally about “digitally powered” to be broad and encompassing, whether it’s live updates – like we’re doing with our mobile portfolio as well as our console portfolio – giving the players more and more content to keep them excited and engaged, using tournaments and esports as a way to not only have players but also viewers engaged in the games. We look at all these comprehensively to drive what we think is the most important metric, which is time played.

GamesBeat: What are some examples of that within Warner Bros.? I imagine that in the industry at large, the FIFA Ultimate Team revenues – more than a billion dollars a year for Electronic Arts – that’s a good example.

In the course of building these digitally powered aspects we’ve talked about, we more than tripled the user base. We had a mobile version of the game that added new players. We had a tournament series we put around it with more than 25,000 people playing and 24 million watching. We drove much more live content updates with new characters that we keep adding. Those super fans and people that we’re engaging at the highest level have new content. We cautiously added consumables to the mix in the game, so there were new ways to monetize as well.

GamesBeat: You have all these internal studios. How did they adopt this strategy across all those different parts there? Does it take a lot of additional manpower and budget to do that?

Haddad: It takes investment, but what’s been much more critical is making sure that it’s creatively and organically built into the games. This is not a mandate from headquarters that we say, “Go make a game a different way.” That’s not how we’ve been successful. It’s been much more about educating, about what the platforms will permit and allow, what other games are going and how they’re getting engaged. All of our games now are instrumented so we can see what content is being consumed the most. It goes back into the game development process to find those things that will feed that engagement more. It hasn’t really been a mandate from the top down. Instead it has to be something embraced by our game-makers.

GamesBeat: You also have to be careful about how you implement things like microtransactions. Gamers may or may not like that, especially your core audience.

Haddad: Absolutely. That’s why I commented that we’re cautiously introducing these elements. Already, on console, $60 is a typical price point. That’s a lot of investment for gamers. Doing anything that they feel is trying to monetize beyond that point, that they’re not deeply engaged in, you have to be careful with that. We monitor that very carefully with all of our franchises. We try to do it through the lens of, where is the gamer appetite to consume more, either in time spent or sometimes new content that’s paid for?

GamesBeat: There’s always some worry that the core of the game industry is a center that’s not holding. Some people said that about E3. What was your feeling about how E3 turned out, given all the turmoil around it this year?

Haddad: A couple observations. As an industry, one of the great things about us is that unlike the toy industry or the consumer electronics industry, the members of the ESA – Warner is one of those members – we own our own show. We have the ability to make it the show that we want it to be. Through the observation of Warner Bros., we had a fantastic show this year. We had very high attendance. There was a lot of critical press that came in. We’ve added prosumers that have a gamer aspect to them. The audience is also there.

There were some obvious absentees this past year, though. As an industry – I sit on the board of the ESA – we’re asking ourselves what it takes to have the broadest participation, the highest engagement, because overall the industry is better that we have this show. 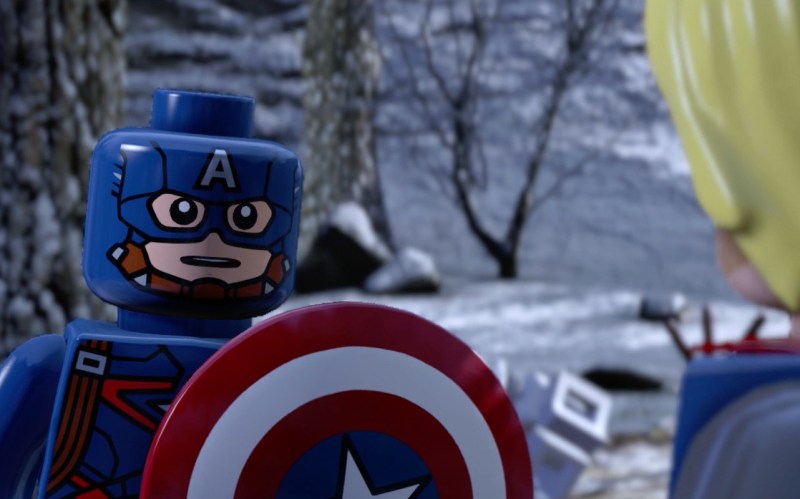 GamesBeat: It almost seems like, for a company that owns properties like Batman, something like Comic-Con might be the place where you would find the people you want to reach, the influencers, the cosplayers even.

Haddad: Right. We have to think about both. We put more consumers into the show over the last couple of years as the ESA. We’re still not all the way to the fandom of a Comic-Con. As a company, Warner Bros. participates broadly in Comic-Con. We were there two weeks ago and had panels and discussions and Injustice and Lego Dimensions. We participate in that.

But I think E3 is going to be still an event where critical press wants to be there. Announcements are made. The announcement platform is bigger than any of the events that have been mentioned. We’re trying to find a way to keep that announcing power of E3 where it’s been in the past, and also something where all the biggest game companies want to participate.

Haddad: On the console side, all of the platforms have new development that’s coming. One may be today, or this week. We’re thrilled when the marketplaces and the computing power of these platforms get stronger. The penetration of mobile phones has already been commented on today. It’s continuing to increase. The things you can do with them like location-based gaming, like having a camera, like connectivity are great for game-making.

We have been involved in AR and VR. Once again, we use the same approach as with our other games. We’ve provided the tools to our studios. We saw where there was curiosity and interest to do something. In the case of Arkham, from our Rocksteady studio, they really wanted to try that dream of actually being the Batman. That was the genesis of the Arkham Batman VR experience, which we’re going to be releasing in October.

We don’t look at it as a one-off. We really want to attach it to that great franchise of Arkham and–for those people who love the series, if the studio wants to go and explore that area we encourage them to do that.

GamesBeat: How is the toys-to-life business, especially in the wake of Disney’s exit with Infinity?

Haddad: We entered toys-to-life last year. We have a partner in Lego, the largest toy company in the world. TT Games makes amazing interactive content. With those two, we thought we had all the capability to enter the market in a way that was meaningful even though we weren’t first. We were happy with how we did last year. The market, as you mentioned, has been a bit in transition, in flux. But we have a great lineup this year with new content, new game features, and all the investments that gamers have made so far in their starter kit, they can keep adding to that with new content.

GamesBeat: You’re expanding the Lego franchise into the digital space. Can you tell us more about Lego Worlds?

Haddad: The Lego game series from TT has been remarkably successful over time. More than 160 million units sold. With our point of view of engagement and time spent and being where the gamers are, we wanted to push more deeply into the digital space. More than a year ago we started developing Lego Worlds. It’s in early access today in a beta form. We keep adding to it. We announced a multiplayer element at E3. We’ve added multiplayer and we’ll keep adding all the elements that make you a great builder, fulfilling that dream of building digitally like you can physically with Lego. 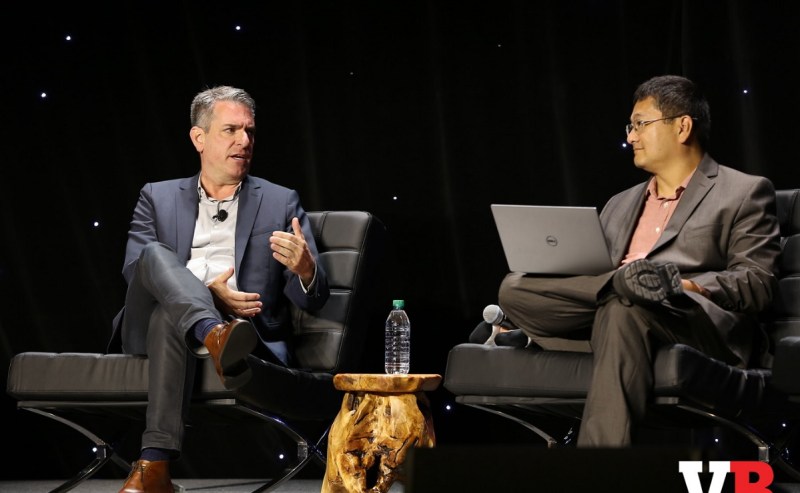