People love watching the Olympic games, and they love talking about them, too. So much so that the online conversation volume for the Summer Olympics has already surpassed this year’s Super Bowl by 7 percent.

This figure is the result of an analysis of social media and other online conversations by audience data company Taykey. The data showed that the opening ceremony generated disappointing ratings on Friday night. But there was a huge surge in conversation volume around the games themselves, with a peak on Saturday as a number of events kicked off.

Swimming was one of the most-talked-about events, with a lot of chatter around Katinka Hosszu’s record-setting victory. Negative trends included the aftermath of the doping scandal, as well as the withdrawal of soccer legend Pele from the opening ceremony.

Above: The audience for the Olympics.

According to initial results, people talking about the Olympics skewed 65 percent male, and nearly half were ages 25 to 44, Taykey said. Ahead of the games, soccer and swimming were the most-anticipated sports. Soccer players Neymar of Brazil and Hope Solo from the U.S. were the most-talked-about soccer players. Michael Phelps and Mireia Belmonte had the attention of Olympic swimming fans. Tennis player Rafael Nadal was also a top-mentioned athlete in terms of both volume and affinity, Taykey said. 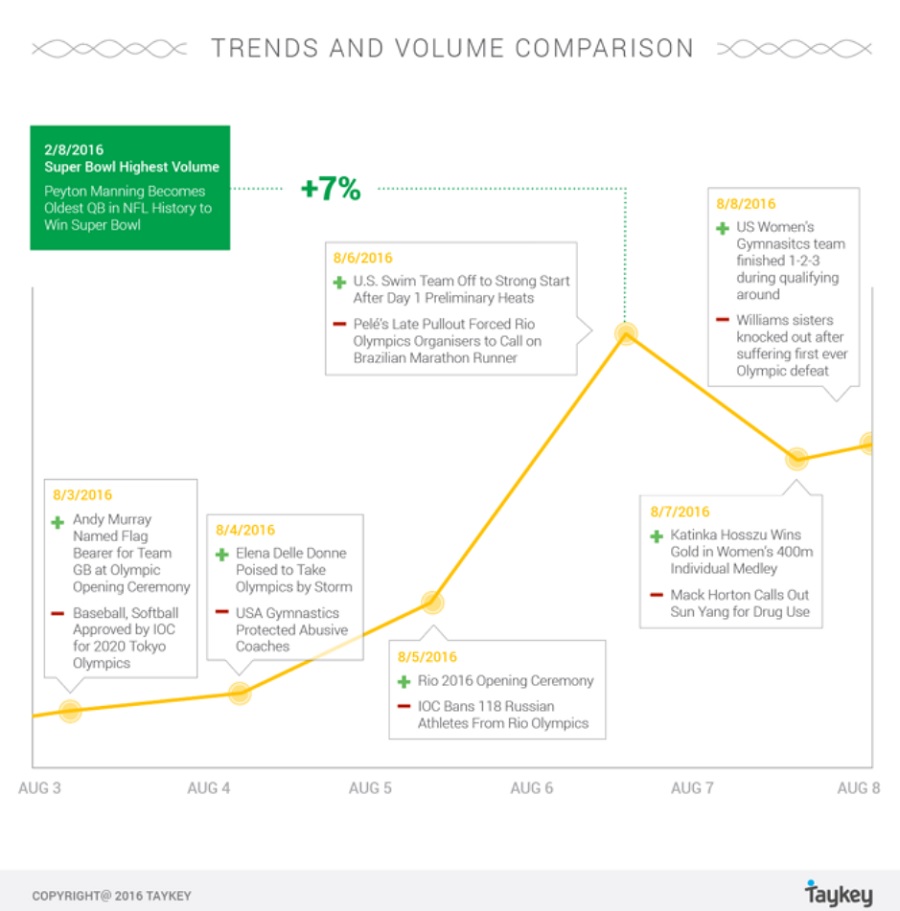 Above: The conversations around the Olympics keep growing.