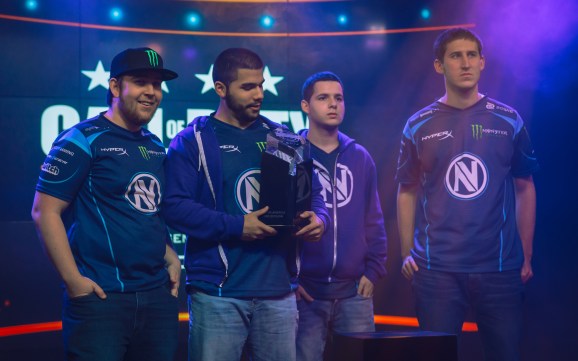 EnvyUs cemented its place as the No. 1 U.S. team.

Good luck predicting the winner of this year’s Call of Duty Championship. After another weekend of heated matchups and upsets, it seems like anything is possible for the first-person shooter’s nascent esports scene.

Starting on September 2, the Call of Duty World League (CWL) will host its first championship tournament at The Forum arena in L.A. (where the Call of Duty XP fan convention is also taking place). Thirty-two teams will fight for their share of the $2 million prize. The event is a culmination of almost a year’s worth of competition.

The CWL ended its second season on July 17 at ESL Studios in Burbank, California. Unlike the Stage 1 tournament held in March, Stage 2 was an international affair: Teams from around the world attended the four-day event to show why they were the best players in Call of Duty: Black Ops III. Publisher Activision created the CWL to help grow Call of Duty’s presence in esports, a global market that research firm SuperData said is worth $892 million.

For North America, EnvyUs (the No. 1 seed) ran away with the trophy after annihilating Dream Team (No. 6 seed) in a surprisingly brisk series. Earlier that weekend, Dream Team looked like they were living up to their name as they beat favorites like Faze Clan and Luminosity Gaming (a team that notably knocked out Stage 1 winners Optic Gaming).

But after Dream Team lost to EnvyUs in the third round during the bomb-planting mode Search & Destroy, they just couldn’t find a way to answer back. EnvyUs made it look easy as they cruised to a decisive 4-1 win. 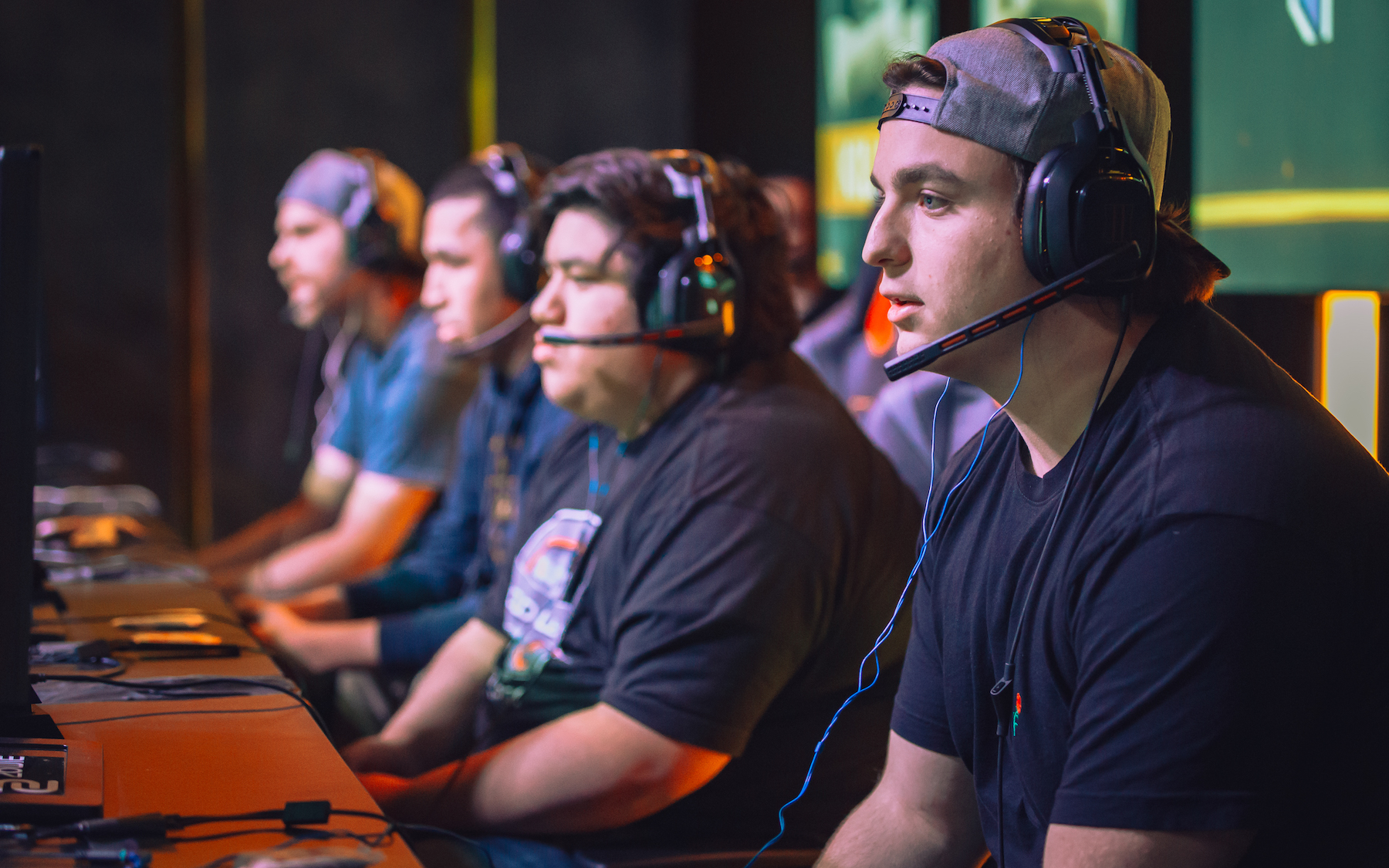 Above: Dream Team had a great run.

Among European teams, Millenium defended its title as the best EU squad after defeating Team Infused 4-1. And in the Australian and New Zealand category, Mindfreak also earned its second CWL trophy with a 4-2 victory over OrbitGG.

Each team that participated during both seasons earned points that’ll help them qualify for the Call of Duty Championship. It’s the last CWL event of the year for developer Treyarch’s Black Ops III (Call of Duty: Infinite Warfare will replace it in next year’s tournaments).

“We’re really trying to bring in new fans. And the more you know all the teams that are involved in the CWL, the better,” said Jay Puryear, director of brand development at Treyarch, to GamesBeat. “… Now that we’re about five or six weeks away from COD Champs, we thought [Stage 2] would be a perfect opportunity for us to start showcasing all the different teams across the league.” 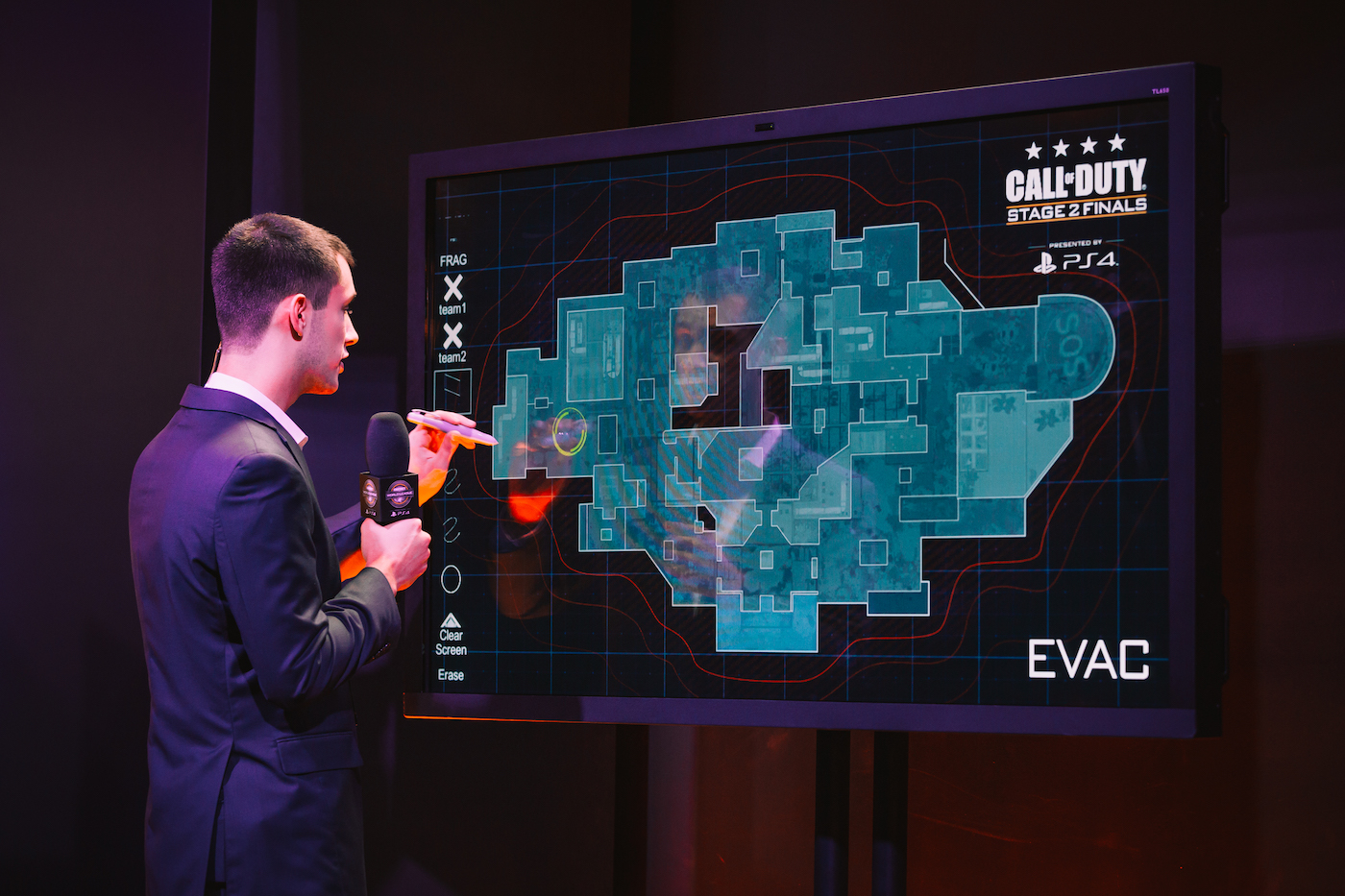 Above: Former pro John “Revan” Boble broke down teams’ strategies with a telestrator.

It’s not over yet

The CWL already filled 12 championship spots — six teams from the U.S., four from Europe, and two from Australia/New Zealand — based on performances from Stage 1 and Stage 2. The remaining 20 will be decided over the next month as other teams continue to earn points from online qualifiers and at the Major League Gaming (MLG) Orlando tournament in August.

Though EnvyUs were feeling pretty confident after their win, Bryan “Apathy” Zhelyazkov told me they’re not going to take it easy over the next few weeks. They’re one of the six U.S. teams confirmed for COD Champs.

“We worked so hard. We put in the time,” said Zhelyazkov about their commanding Stage 2 victories. “We were — I’m pretty sure — the most prepared team coming into this event. I felt like a lot of teams slacked. It definitely shows.”

EnvyUs also wanted to use their Stage 2 appearance to prove that they’re the real deal. Since most CWL matches happen through online battles, some viewers complain that connection speeds can benefit one team over the other. According to Zhelyazkov, “a lot of people put [EnvyUs] down,” telling them that they’re only winning because of their connection. MLG events and the Stage finals use a LAN (local area network) setup. 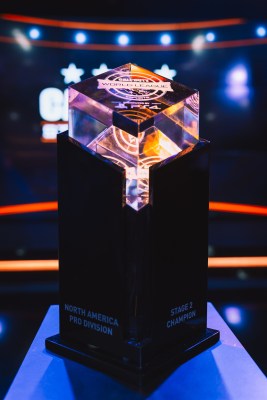 Above: The Stage 2 trophy.

“And I guess that also motivates us when we come to LAN, to really show that [we’re not winning] because of our connection — we have what it takes and we’re gonna show it,” Zhelyazkov said.

For teams like Cloud 9, who are still gunning for a spot at the championship, the next couple of weeks will be crucial. In Stage 1, Cloud 9 fought their way up from the CWL’s amateur Challenge Division to earn one of the 12 coveted U.S. slots in the Pro Division (only Pro teams can participate in the playoffs). In Stage 2, they tied with H2K Gaming for seventh place after a 4-0 loss in the quarterfinals to Rise Nation.

Prior to the tournament, Cloud 9’s Colt “Havok” McLendon had a lot of catching up to do when it came to practicing certain multiplayer modes. He wasn’t allowed to play in the CWL until after his birthday in February because of the league’s 18-and-over rule.

“We’re gonna come back for Orlando and COD XP and do a lot better,” promised McLendon.

In a way, the Stage 2 finals served as a preview for Call of Duty XP. Except for a fun NFL Pro Bowl-style all-star game — where 165,000 fans voted-in their favorite esports players — Stage 2 didn’t have any cross-regional matches. But since all the teams were in one place, they were able to size-up their competition in person.

For the most part, Treyarch’s Puryear is “very happy” with the way the CWL’s first year has turned out. He’s excited to see what happens when all the teams’ different play styles and strategies finally meet in September.

“You see the players maturing and understanding their roles. And just seeing them grow, and seeing the league grow from a fan perspective, and where we’re going has been very, very gratifying for a lot of people involved in the league,” said Puryear.