Mobile game publisher Firefly Games has raised $10 million in a second round of funding to expand its efforts to make games based on Hollywood intellectual properties. The company said the round places Firefly’s valuation at $100 million.

Leading the round in the Los Angeles startup was China Construction Bank International Holdings, an arm of one of the big four banks in China. China Credit Limited Holdings also invested. Mobile gaming has become a $36 billion market globally, according to market researcher Newzoo. But fundings are increasingly rare for mobile game companies because of the cutthroat competition and dominance of bigger firms. 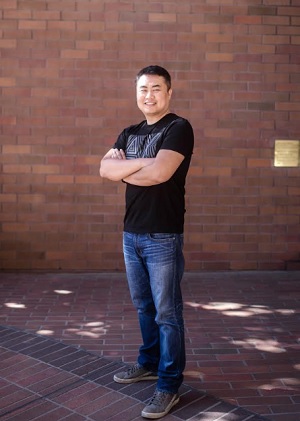 Firefly Games was founded in early 2015 by veteran game entrepreneurs Michael Zhang and Justin K.J. Lin as a business aimed at bridging East and West in mobile games. The company has a subsidiary in Shanghai, and it previously raised $8 million from Skyocean International Holdings, Ceyuan Ventures, and GuangZhou WinHi.

The company has spent some time developing a publishing infrastructure and bringing high-potential mobile titles from Asia to the West. Previous titles include Rush of Heroes, formerly known as I am MT2 in China and Dungeon Crash. The company intends to publish additional titles moving into 2017 and scale their executive management and staff on both sides of the Pacific to meet their projected goals.

“We see an expansion opportunity to diversify and leverage our current strengths into Hollywood IP, VR, and e-sports,” said Zhang, in a statement.

Firefly has already formed their first development team to begin production on a mobile game based on a major Hollywood intellectual property.

Outside of mobile, Firefly is looking to form a China-based VR publishing arm, bringing the best of VR content around the world to the East, while also continuing development on their esports social streaming app.