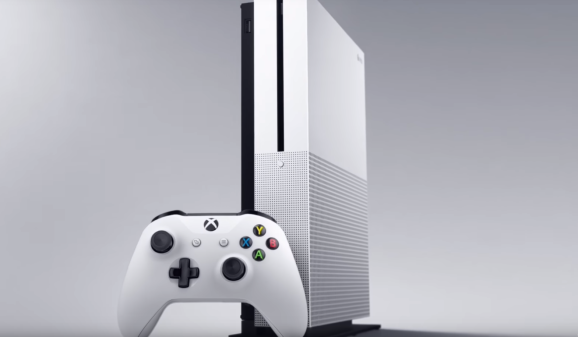 Xbox One S didn't come out in July, but lower prices on the original model helped Microsoft.

Microsoft has a new version of its Xbox One out this month, but the old model had a strong performance in July.

Xbox One was the top-selling console in the United States last month, according to data-tracking firm The NPD Group. Microsoft launched the revamped Xbox One S on August 4, which is a slimmer, higher-quality version of the same system. But while we won’t see any sales for that system until NPD’s next report, Microsoft clearly benefited from slashing prices on the 2013 launch version of Xbox One. July is among the slowest months for hardware and software sales, so these results will likely not make a dent in the lead Sony’s PlayStation 4 has built over Microsoft’s system in the $99.6 billion gaming industry.

“We’re honored that Xbox One was the best-selling console in the U.S. in July, and that total gaming hours on Xbox consoles globally were up 18 percent over last year, reaching 1.55 billion hours,” Xbox marketing boss Mike Nichols said in a statement provided to GamesBeat.

A new Xbox One sells for around $250 at some retailers right now, and certain deals pushed that price even lower. That compares with the Xbox One S, which starts at $300.

Microsoft credited the bump in sales to excitement over its showing at the Electronic Entertainment Expo tradeshow in Los Angeles in June. But it also acknowledged that the Xbox One S also has many fans talking.

“Following its release last week, the 2TB launch edition of Xbox One S sold out in the U.K. and is nearly sold out in the U.S.,” said Nichols. “Later this month on August 23, we will launch 500GB and 1TB options for Xbox One S at $299 and $349, respectively. We’re excited about all the fun gamers are having on Xbox One and all the new releases we’ll be bringing them this holiday.”

August, another slow month, will hold some intrigue for this ongoing battle, which Sony typically dominates. The Xbox One S should juice Microsoft’s sales even further while Sony may benefit from the launch of the highly anticipated space-exploration sim No Man’s Sky. Check back in with us next month for that NPD report, which we’ll get after Sony holds an event to potentially announce its own revised console.