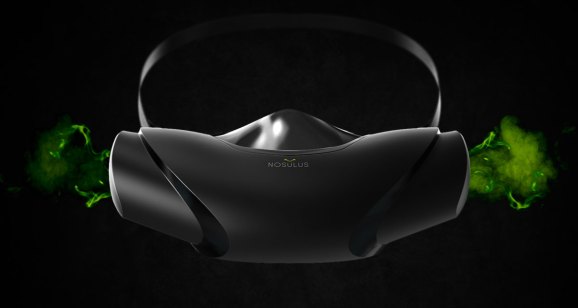 Can you smell it?

“It was exactly as if someone had farted right in my face.”

If you’ve ever seen a sizzle real for a virtual reality headset or, really, any modern piece of tech, you’ll get a laugh at this new video for South Park: The Fractured But Whole, the upcoming role-playing game based on the animated show. The video features a device called the Nosulus Rift, which straps around your nose and emits fart smells.

The Fractured But Whole comes out for the PlayStation 4, Xbox One, and PC on December 6. It’s a sequel to 2014’s The Stick of Truth, which had a fantasy theme. This time, the kids are dressing up as superheroes in an attempt to make billions of box office dollars.

We’re assuming that this is only a parody video and not a real device, but the Nosulus Rift even has its own page that, again, looks like it could belong to any modern piece of consumer tech. South Park is known for its contemporary satire, so it’s only fitting that a video promoting the upcoming game would spoof all the hype surrounding VR devices like the Oculus Rift and the HTC Vive.

If this does become an actual thing, I would like to nominate my colleague Jeff Grubb to do the full review of this fart-emitting nose-strap.