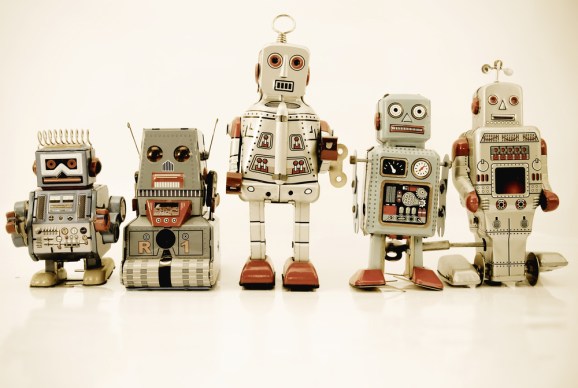 The bot hype is real. Even President Obama has jumped on the bandwagon. Whether you’re on the bot train or not, you can’t deny that the idea of conversational experiences is shaking up tech. Chatbots and conversational A.I. are not a new phenomenon, but messaging is primed for disruption. All the major platforms are building out  infrastructure to support rich conversations. These are a few of the milestones:

– Facebook has Wit.ai
– Google has the Cloud Natural Language API
– Microsoft has Bot Framework
– IBM has the Watson Conversation API

Maybe it’s a fear of missing out, but all these companies dipping their toes into the space seems indicative of a major shift in messaging. Nearly a decade ago, Apple opened the app store, and the market was flooded with apps. Only a minority of apps would become sticky. Today, we’re experiencing a similar reality with bots.

Disclaimer: I’m the founder of BotMetrics, a tool for bot and conversation analytics. We have tracked millions of messages in only a few months and have talked to many bot-builders about the various obstacles in the space.

Ninety percent of non-tech folks I talk to have no idea what a chatbot is. This reminds me of the beginnings of mobile apps. When the app store first came out, it took a while for anyone to know what an app was. These days, you’d probably be considered quite strange if you’d never heard of Pokémon Go.

But even if you’re “bot-aware,” bots are still hard to find out in the wild. Product Hunt and Botlist are good resources that have provided bot builders with decent spikes in traffic. But the holy grail of bot traffic is getting featured by one of the major messaging platforms. Slack, Kik, Telegram, and Skype all have bot stores. Facebook Messenger shows a list of featured bots in search. It’s hard to tell how bots are featured in Messenger, but bots that are lucky enough to get placement there experience an exponential boost in traffic.

Group messaging will be a game-changer for bots (it’s not yet available in Messenger). The best source of referrals is from existing users. Imagine activating a bot in a group conversation with ten people who’ve never heard of it but who can instantly interact with it. Now that’s a growth engine!

Along with discovery, keeping users around is a challenge. Bots need to give users a reason to come back and keep engaging. Sending out periodic notifications triggers re-engagement, but the best results are coming from bots that have re-engagement built in as a core function (check-ins, daily/weekly subscriptions).

In theory, compared to apps, bot users should be relatively easy to acquire. The initial engagement of sending a message to a bot involves much less friction for the user than downloading an app from an app store. However, this also results in a high number of new users who don’t return because they just wanted to “try it out.”

So what type of bots are overcoming these challenges?

“Just one more and I’m done…” Addicting bots keep your attention and make you want more. They boast high engagement, deservedly so.

Trivia Blast is a fun, fast-paced trivia bot. It offers various topics that you can “level up” in, including music, science, sports, history, movies, and a bunch more. The bot also has a leaderboard, where you’re ranked against friends and people in the same city, country, or in the world! Trivia Blast is an intellectual challenge, so you won’t feel guilty about playing it routinely.

Swelly is another bot that’s hard to put down. Swelly helps people make daily decisions by sending their questions directly to you. You vote on other people’s choices, like: “Which profile pic should I use?” or “Which pair of shoes should I wear today?” You can post your own questions or just help others with their decisions. I must say, it’s pretty cool to help some random person make a decision.

Habit-forming bots have re-engagement built in as a core function.

Joy helps you track and improve your mental health. It checks in with you daily or weekly and you tell it how you’re feeling. Joy journals your entries for future viewing and gives you mood reports. It even suggests some stress-relieving activities if it senses your mood is a bit off. I really love this concept, and think it can become a motivating sidekick to your daily life.

3. Bots for Getting Things Done

GTD bots do one thing, and they do it well. They’re mostly popular on Slack in team settings at the moment, but it’ll be interesting to see what types of consumer-friendly GTD bots come to fruition.

Noah is “a professional photographer, with a cool shop in downtown Chatville.” You send him picture files, and he will ship you physical magnets, pictures, and stickers. I will definitely be using this when I receive Facebook birthday notifications that I’ve totally forgotten about. Free shipping FTW!