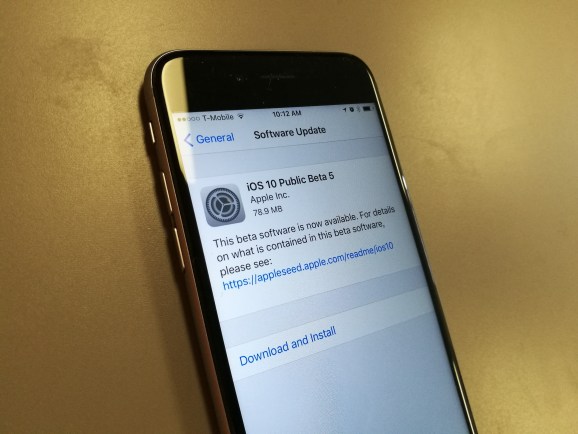 The fifth public beta of iOS 10 is out now.

Apple today released the fifth version of the public beta for iOS 10, the next version of its mobile operating system. Today’s release comes one week after the fourth public beta became available.

If you’d like to install the newest public beta, you can open up Settings, hit Software Update, and hit Download and Install. To install, you’ll need to have your iOS device connected to a power source or have at least 50 percent battery life. You’ll also need to be part of the Apple Beta Software Program. If you’re not already a member, you can sign up here. It’s free.

The complete version of iOS 10 will be coming out for everyone this fall — when Apple will also likely debut new iPhones — but if you want to preview it, these public betas are your chance.