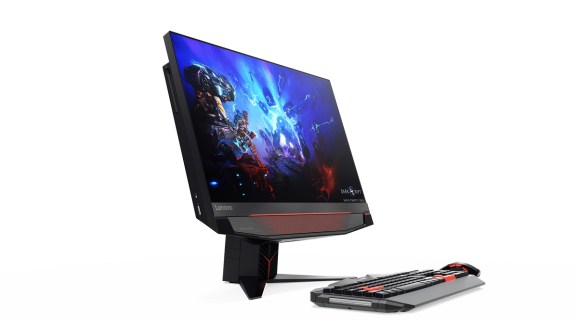 Lenovo's new Ideacentre AIO can do virtual reality and games.

Lenovo is launching two new computers today that it will market as gaming desktops that can handle demanding virtual reality applications.

Lenovo is showing the new computers at the Gamescom event in Cologne, Germany. These kinds of machines are necessary if VR is to live up to its full potential and reach mainstream gamer audiences.

The VR-ready IdeaCentre Y710 Cube desktop is easy to carry and allows you to take your computing anywhere. The IdeaCentre AIO Y910 is also easy to take places. Lenovo created them with minimalist form factors because it found that 47 percent of gamers like to play games on the go, rather than in just designated living rooms or bedrooms.

The IdeaCentre Y710 Cube comes with a built-in carry handle for easy transport between gaming stations. The compact cube form factor is small, weighs only 7.4 kilograms. It has a Nvidia GeForce GTX 1080 graphics chip, and can use up to a 6th Gen Intel Core i7 processor. It can also house up to 32GB of DDR4 RAM. It can support 4K gaming, VR, and high-quality streaming.

The IdeaCentre Y710 Cube comes with a KillerTM DoubleShot Pro Wi-Fi, Windows 10 Home, integrated Dolby Audio, and up to two terabytes hard disk drive. There is also an option for a 256-gigabyte solid state drive (SSD). The Cube also comes with the option of an integrated Xbox One Wireless receiver with one Xbox One controller.

The receiver supports up to eight Xbox One controllers simultaneously for gaming sessions with friends. Additionally, the system offers players the option to bundle peripherals like the Lenovo Y Series Gaming Mechanical Keyboard and Precision Mouse. 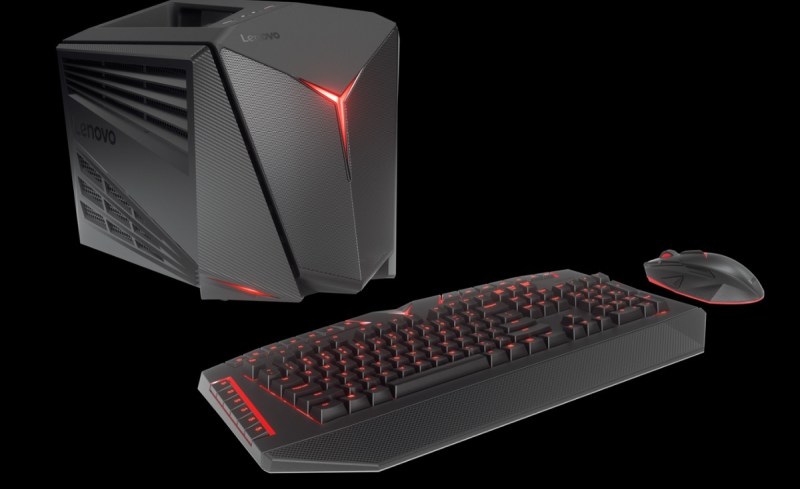 Above: Lenovo IdeaCentre Y710 Cube is also fit for VR and games.

The all-in-one system has a 27-inch monitor and a detachable back panel to access core components. It has twin five-watt Harman Kardon stereo speakers, and it has Killer DoubleShot Pro Wi-Fi. The display has a 144-hertz refresh rate and 5 millisecond response time. It comes with a Nvidia GeForce GTX 1080 graphics chip or an AMD Radeon RX 460 graphics chip.

“With VR, live streaming and lifelike visuals that dwarf consoles, PC gamers have completely new ways to experience and immerse themselves in games today,” said Johnson Jia, Lenovo’s senior vice president, PC & Smart Device Business Group, in a statement. “Our new IdeaCentre Y710 Cube and IdeaCentre AIO Y910 gaming desktops are the products of years of listening to the growing ways and places in which gamers choose to play, giving them even more freedom with these unique, space-saving forms.”