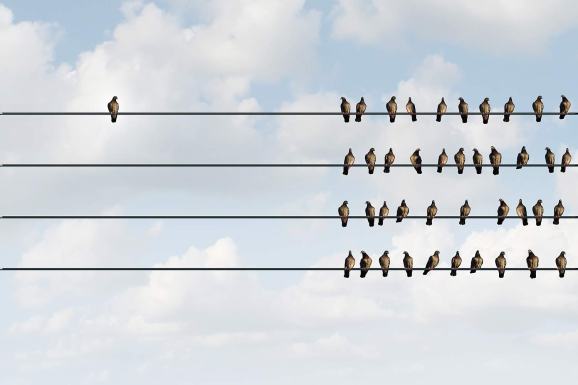 Chatbots have been around for decades. There are 18,000 of them on Facebook Messenger alone, with over 1,000 chatting away on Kik in the past six months. Slack has deployed countless bots to help humans get work done in groups since 2013.

We’ve seen a critical mass for the first time, but — as with any disruptive tech — there are stages. Here they are:

This first generation of chatbots were derived from common programming languages. These “basic brain bots” are simplistic and likely to annoy you. You soon lose interest in their juvenile jokes and one-track minds about their subjects.

They use the commonly available chatbot code bases, or they are scaled up to use the APIs for Facebook, Microsoft, Slack, Kik, WeChat, and Atlassian’s HipChat. Emphasis is on scaled up: Without these tech giants opening up their APIs to a multitude of bot developers, most of these chatbots would not be able to interact with humans. The server power required is simply too great and far too expensive for lone coders to afford.

Basic brain bots are disruptive because of their sheer number — tens of thousands entering cyberspace and increasing by the hundreds daily, which means that you can’t ignore them. The danger of course is that users get bored with these basic interactions and dismiss all bots.

A few new bots are gaining traction. Dom from Domino’s Pizza is one of the best examples, along with the CNN bot and the Poncho Weather bot on Facebook Messenger and the avatars in the Kik bot shop that give you Kik Points in return for engaging with their brands and advertisers.

These bots use a compilation of various chatbot languages. Programmers have tweaked elements of the source code and added or developed them into more original algorithms.

These “hybrids” can lead to bots that raise eyebrows. See the Boyfriend Maker app that stank up the Apple Store in 2012 or this year’s tay.ai, which greatly embarrassed Microsoft.

These bots also need more server power. They rely on the free APIs of the tech giants, which are helping entrepreneurs and early adopters to innovate and invent a myriad of new use cases.

Compilation bots are disruptive because they are helping people learn how to code bots, and they can improve user engagement and satisfaction with a brand. They represent a massive disruption in the online advertising industry because as their performance improves, they can replace all the passive forms of ads you see on the web, like banners, videos at the start of YouTube clips, flash or animation ad campaigns, and even Facebook’s own booster posts and Google’s Ad Words.

Because the user opts in, advertisers gain some good metrics and can review detailed analytics; they can see how users interact. The disruption is really a threat to the existing advertising industry and their media agencies who sell the digital marketing and ad packages to companies.

Some of these bots are toxic deep down in their code, so offensive content can surface unexpectedly and unpredictably to the top when interacting with humans years after the program’s development. These unreliable or unstable bots have not been developed in-house by one coder or group of programmers.

These bots will cause a revolution. Their advanced brains use proprietary algorithms that create individual personalities. The code is fine-tuned by one or a handful of programmers who have not relied as much on open source chatbot languages.

Many of these A.I. bots use unique bot languages, completely new codes that were developed in-house. They have a valuable IP, quality of performance, stability, and scalability. The best of them use true artificial intelligence and machine learning or neural networks. They’re an evolutionary step.

A.I. bots will perform more complex tasks than ordering pizzas, requesting a taxi, or booking flights and hotels as your personalized virtual assistant. They’ll offer emotional intelligence and counseling in the form of encouraging and influencing the humans they are engaging with. I have worked on several prototype bots that can successfully achieve sales and marketing goals and disseminate complex information in an entertaining way to humans.

Most importantly, their advanced brains allow them to build rapport and a relationship with the millions of people they can chat with in a highly personal and individual fashion. Think Spike Jonze’s Her — but don’t be afraid: A.I. bots can become friends, not foes!

A.I. bots with advanced brains are disruptive because they will change the advertising industry — both online and offline — forever. They can create and deliver completely measurable advertising campaigns that bring together all the elements of integrated marketing: video, mash-ups, voice, music, images, photos, personalization, and mass coverage on an individual basis. They do this by automating their analysis of “conversation logs” generated in the code’s back end when you interact with a bot — with your permission, of course.

The transparency of the reporting schedules of these A.I. bots represents a huge threat to the media agencies that are hoping this bot fad will just go away and leave them to their human-generated reports for global campaigns with multimillion dollar ad spends. Sadly for the advertising consultancies and media agencies handling all the corporate clients’ mega ad budgets, A.I. bots will be a “must have” for all of their campaigns in the future, despite the wide resistance to the disruption we are seeing in 2016.