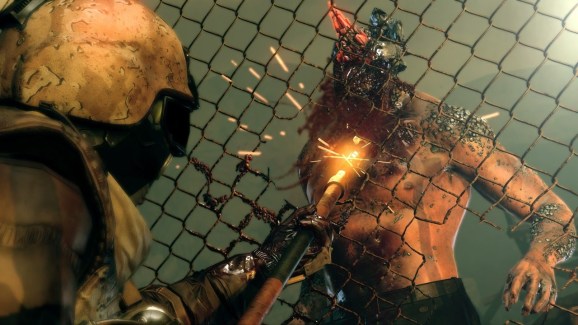 Japanese publisher Konami announced a new game in the Metal Gear series, Metal Gear Survive. It’s a co-op survival game “set in an alternate universe” with things that look like zombies. So … yeah, it doesn’t look much like Metal Gear, a series all about espionage at all. This is also the first Metal Gear game released since series creator Hideo Kojima left Konami shortly after the release of Metal Gear Solid V: The Phantom Pain 2015. Survive is scheduled to come out in 2017 for PlayStation 4, Xbox One, and PC.

The trailer is already meeting a negative response. On YouTube, the video has many more dislikes than likes (4,000 likes compared 26,543 dislikes at the time of this story).

Metal Gear games have plenty of strange elements (like bosses that can control swarms of bees or undead vampires that can survive gunshots to the head). But the weirdness is usually part of a narrative-driven experience centered around heroes like Solid Snake, Big Boss, and (how can we forget) Raiden.

Kojima departed as Konami began to shift away from console game development, focusing instead on gambling and mobile. Metal Gear Survive is the first notable console announcement the publisher has made in some time outside of its flagship Pro Evolution Soccer series. Kojima has started his own studio, Kojima Productions, which is working on the PlayStation 4 exclusive Death Stranding.