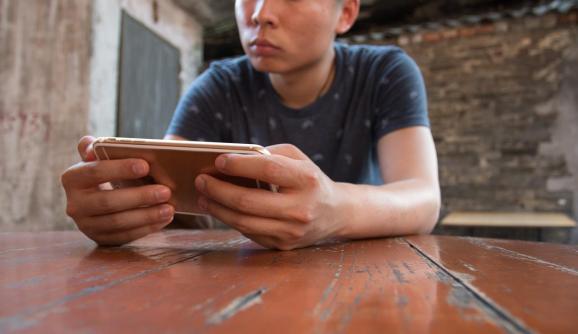 Mobile game marketing is a competitive and rapidly evolving space, and it’s becoming more nuanced in its execution with each passing year. Recently, Facebook has emerged as a dominant UA player; TV advertising for mobile is becoming big business; and we’ve even seen mobile games sponsor soccer teams.

What other changes does the future hold for mobile game marketing? What opportunities are there for forward-thinking marketers looking to get ahead of the game?

Here are five trends or technologies that will help shape the future of mobile game marketing in the near future.

Apple’s decision to follow in Google’s footsteps with paid adverts in the App Store will have an impact on the ecosystem, but the type of impact remains uncertain. Allowing developers to buy their way to the top of the search results for specified keywords, Apple’s App Store search ads could potentially have two completely opposing effects on the mobile game market.

Search ads have the potential to effectively democratize the app store, allowing small developers to go up against the bigger players with more users and significantly higher budgets. However, it could also mean that developers with financial backing and a well-known game can solidify their position by allocating additional marketing budget to help guide users to a game they’re already aware of and edge out the competition.

Google app streaming is an attempt to reshape the app economy to operate similar to the internet.

Allowing developers to create limited versions of their apps that stream directly within a mobile web browser, reduces the friction of installing and running a separate application. App streaming is currently only working on Android, and yet, it’s having two effects on the mobile games space already.

The first is through acquisition. At the end of last year, Google announced it would use app streaming tech to allow playable game demos to appear in mobile search – powering the acquisition of games on the platform.

It also has a potential to completely reinvent the way developers retain players. If they can figure out how to stream games through the mobile web browser, app streaming could become another way to retain users – either by letting them play in a browser or by helping them return to a game they may have previously left.

It’s unlikely that app streaming will make its way to iOS soon, but if it proves a success on Android, expect Google to push ahead with the scheme actively in the future.

Messaging has been seen as a valuable mobile game marketing tool ever since the Line, Kakao Talk and WeChat began to run games within their platforms. Success of Plarium games, and others within our Strategy MMO genre, is largely determined on the communities we can build, maintain and incentivize to keep playing. Creating new forms of messaging and methods of communication, like emojis, is playing an increasingly important role in the mobile game economy by allowing players to express themselves more authentically.

With more games relying on player-vs.-player or clan mechanics, clear and more intuitive communication is essential to hold together the growing global community.

Esports is a sector with considerable potential. Newzoo’s annual Global esports Market Report claimed that esports revenues reached $325 million in 2015 and drew in over 200 million viewers on a regular or casual basis. But it’s that last figure that illustrates why mobile game developers need to consider esports advertising in the coming years.

With users increasingly watching esports on their mobile devices, and with audience figures set to rise, it makes sense for mobile game companies to find ways to advertise around esports contests.

This, at the moment, is more easily said than done. Aside from a handful of preroll adverts on Twitch or YouTube Gaming, the broadcast infrastructure to make esports advertising a meaningful acquisition channel is still developing. But Facebook is legitimizing this practice further, through the hiring of Stephen “Snoopeh” Ellis, a former world-renown professional gamer, to build out a team in order to take the crown from Twitch.

TV companies are also taking an increasing interest in competitive gaming as well and with mobile esports creating viewing platforms within their games, the opportunities to advertise will increase. And those who look ahead to find those opportunities could be rewarded significantly. User acquisition channels are limited and while many consumers aren’t privy to online banner ads, they could respond to more traditional and less intrusive platforms such television ads.

Despite the immense success of mobile games in recent years, it’s still the “Wild West” of gaming – constantly evolving, changing and adapting to new innovations as they open up new opportunities and render others outdated. The ability to stay ahead of the curve in mobile game marketing will largely dictate future success of mobile game developers in an increasingly saturated market.

Roman Zhdanov is the vice president of marketing at Plarium, one of the fastest growing developers of mobile, social and web-based games with over 250 million users.