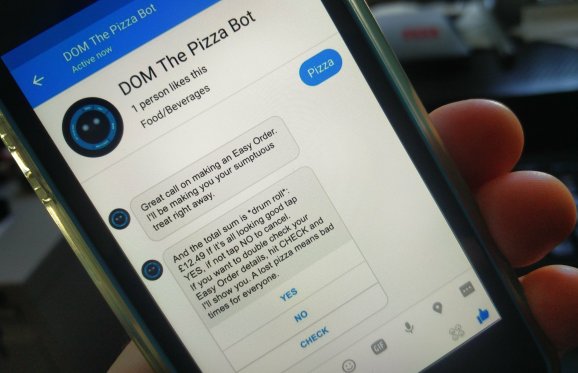 It’s a given that chatbots will become an intricate part of the future of our online interactions. To a certain extent, that future has already arrived. I know I’ve personally engaged with about ten different chatbots this week, so far. And we can expect chatbots to take up more and more space in our lives.

Some argue that chatbots will revolutionize marketing by creating the “Human 2.0,” allowing us to know more about our leads, handle more requests at the same time, and automate many of the tasks we currently have to do manually.

Chatbots are everywhere. Great. They’re also becoming super useful, both for users/customers and for marketers/brands. Awesome.

There is, however, one big trap we might fall into within the next few years: platform exclusivity.

To migrate that bot to another messaging platform, say the Line app for example, one would have to rebuild a big part of the entire code (if not all of it) to fit the Line language.

If you just consider the top 10 messaging applications (which, together, boast a cool 4.4 billion users), that means each bot created for one app will have to be re-coded 9 more times to fit the other top apps.

Why is this an issue?

First, we’re obviously wasting a ton of resources. For each great bot, the manpower required to migrate it to the other popular messaging apps slows the user access down drastically.

Think back to a few years ago, when WhatsApp first came out. Most users migrated to WhatsApp from SMS because WhatsApp was able to offer more (media, emojis, etc.) at a lower cost (literally zero cost, whereas SMS used to cost a lot).

The result is that now users are split across many different platforms, each of which they like for different reasons.

A user might be on Messenger to talk with family, WhatsApp to discuss something with a group of friends from college, Kik to chat with their partner, and Line to interact with businesses.

What happens when a business releases a fancy new chatbot on Messenger? A user may not get the chance to experience this chatbot, simply because they don’t want to interact with a business through Messenger — an app they consider private between themselves and their family.

That user would, however, be more than happy to interact with the business through Line, an app that provides the desired anonymity.

By building a culture of platform-exclusive chatbots, we risk alienating a massive chunk of our audience.

Bringing it all together

A recent survey has shown that almost 70 percent of consumers would rather interact with a business via a messaging application than via email.

The same mobile messaging survey also revealed that over 63 percent of consumers believe businesses should be available on messaging apps.

These two statistics alone clearly show consumers are ready to make use of messaging apps in a consumer-to-business aspect.

For businesses, therefore, it is slowly but surely becoming paramount to build a presence on these apps. Chatbots seem to be the perfect solution.

Given that 36 percent of consumers have installed — and frequently use — up to three different messaging apps, it becomes clear that moving away from a platform-exclusive mindset is the right answer.