Virtual reality experiences are leveling up, and that’s evident in a new Hollywood-created VR experience dubbed Firebird: La Peri. It is a storybook fantasy that is voiced dramatically by actor John Rhys-Davies, the actor known for his roles from The Lord of the Rings and Indiana Jones movies.

The interactive VR experience — I’m not sure if it’s a game — comes from Innersace VR, which used a combination of stylistic art and human motion capture. Its visuals and story are reminiscent of mythology and fairy tales, combined with advanced VR technology. The ambition is to create the Alice in Wonderland of VR.

Louisa Spring, chief operating officer at Innerspace VR, said Walt Disney’s Fantasia movie inspired the VR tale. The creators used a motion-capture studio to capture the motions of the guardian spirit, a human-like figure who dances to the music. The music and dance are based on a ballet, La Peri, from French composer Paul Dukas, who is best known for writing “The Sorcerer’s Apprentice” featured in Fantasia. 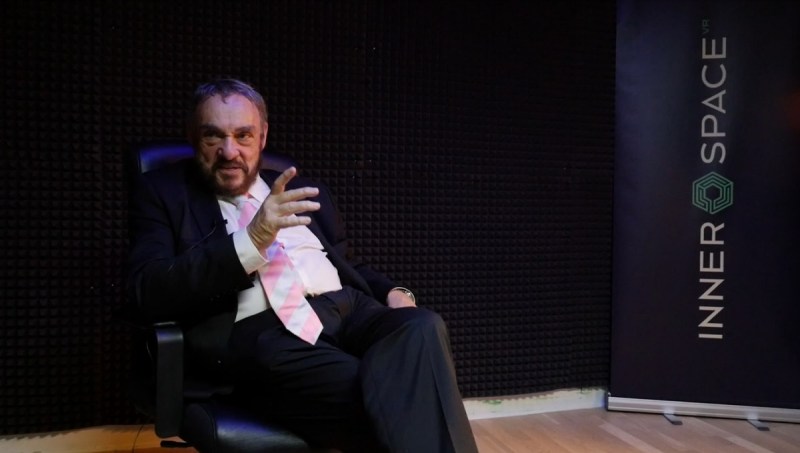 Above: John Rhys-Davies is the narrator of Firebird: La Peri.

Rhys-Davies is the narrator, and his booming voice tells the tale of Iskander, a king who travels in search of immortality. He runs into a guardian spirit, who tries to bewitch him. In the VR experience, you see through the eyes of Iskander, and you have to interact with the dancing spirit. I found the art, music, and storytelling to be almost magical.

Balthazar Auxietre, creative director at Innespace VR, and his team hit upon the need to recruit an actor to deliver the voice over. They found Rhys-Davies, who wrote an email about why he did the role.

“It was unlike anything I had done before. I started off simply curious and grew more and more excited,” Rhys-Davies wrote. “Virtual reality can open up a whole new area of entertainment and experience. I loved it, and I’m humbled and delighted to be part of Firebird. I met with the Innerspace VR people at their studio in Paris and was caught up in the enthusiasm and passion of the team.” 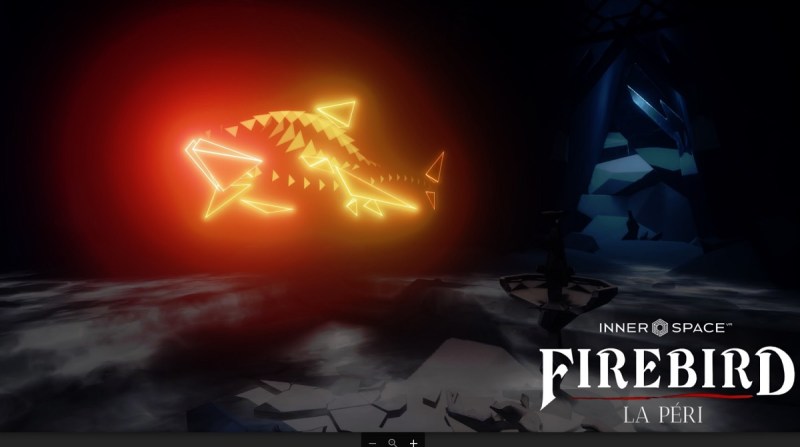 Above: A VR shark in Innerspace VR’s Firebird: La Peri.

He added, “The HTC Vive headset was neither claustrophobic or intimidating — certainly not as irritating as those wretched 3D glasses you wear in the cinema — and the experience was, literally, magical! Being able to walk around and turn and touch the objects of this alternate world is at first bizarre and then becomes effortlessly entrancing. It’s the beginning of a wonderful new art form. Art and cutting-edge technology — I am enthralled by the possibilities.”

Auxietre said in a statement, “It was an obvious choice for John to do the voice-over. His legacy in gaming and entertainment is unparalleled.” Auxietre has now directed four different VR experiences. He co-founded Innerspace VR in 2014.

The app is available on Friday on Steam and the HTC Vive, and it’s available in English, Mandarin, and French. The target audience is families of all ages.

Rhys-Davies said, “This universe of virtual reality will only grow richer and more complex as innovators like Innerspace VR start to develop it. It is a Brave New World, and I am hugely impressed. It was an extraordinary experience to work on Firebird — made more pleasant by the delightful people at Innerspace VR.”

He added, “Looking back on what I have said here, I see the repeated use of the word wonderful. And that’s what this project has been for me. I am by nature a techno-skeptic. 3D, for instance, has never persuaded me that the fiddle-faddle really added to my enjoyment of a film, but Firebird has taught me that poetry, art, ballet, storytelling have found a new dimension. Virtual reality is here, now, and it can — and will — enrich our lives! Simply wonderful.”