Insta-PokéGo, a new bot that enables you to cheat at Pokémon Go, launched Wednesday. The bot comes from a group of current and former Dropbox engineers, according to co-creator Steven Bartel. But this little piece of tech faces an uncertain future as the makers of the monster-catching sensation crack down on those who don’t follow its rules.

“Niantic hasn’t taken action yet, but they probably will soon, as they’ve just now started to take a stronger stance against botting,” Bartel told VentureBeat in an email. He said that more than 4,000 Pokémon Go players have used the bot since its launch, he said.

Last week, Pokémon Go creator Niantic Labs updated its terms of service to outlaw the use of bots that help people catch Pokémon. Violators may receive a lifetime ban.

“Most apps that help you cheat at Pokémon Go might show you where Pokémon are, or help you spoof your GPS location,” Bartel said. “Insta-PokéGo automates the entire game, catching rare Pokémon for you. It plays Pokémon Go straight from your browser, simplifying it down to one click.”

Insta-PokéGo is not a bot that talks to you like a chatbot, but rather a program that performs simple repetitive tasks. An “army of scouting bots” help users catch Pokémon not in their Pokédex at pokéstops in North America, Europe, Asia, and Australia.

Other bots in the space include PokémonGo bot, Ozlo’s Pokémon Go bot, and Dronémon, which incorporates the use of a drone to find Pokémon. The Pokémon finder Pokévision shut down earlier this month to respect Nintendo and Niantic’s visions, the company said. Necrobot has also shut down, according to TechCrunch.

VentureBeat reached out to Niantic Labs to ask if use of Insta-PokéGo would result in an immediate permanent ban but haven’t received a response. We’ll update here, if we do. 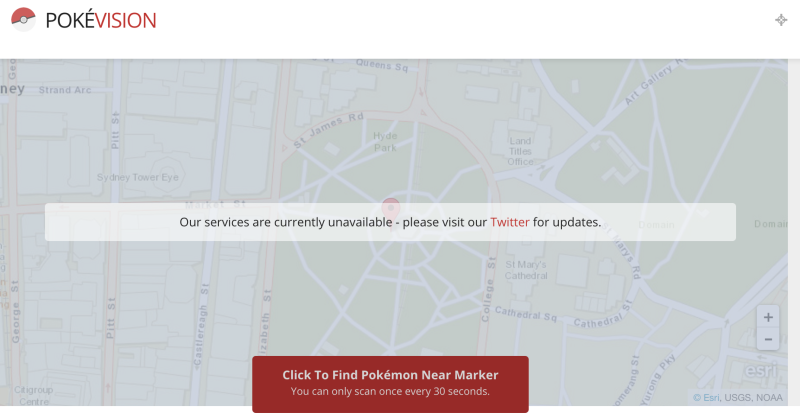