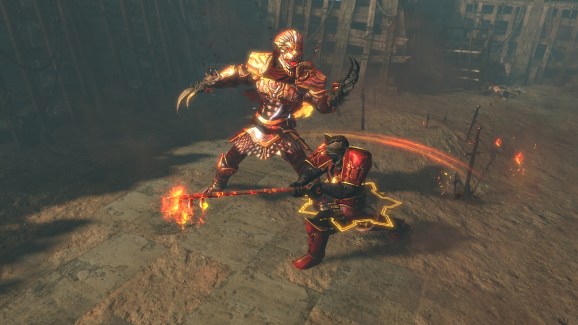 The path for Grinding Gear Games’ future runs through China.

Earlier this year, the makers of Path of Exile announced a partnership with Tencent, the largest game company in the world, to bring the online action-role-playing game to China. Grinding Gear’s game is 19th worldwide on the free-to-play massively multiplayer online market, says research firm SuperData, and the studio says it has 14.2 million players. Diablo has long had a following in China, and since Path of Exile is the successor to the spirit of Diablo 2, Grinding Gear sees an opportunity in this growing market — especially since RPGs generated $5.5 billion there in 2015, or 44 percent of the $12.5 billion Chinese PC MMO market, research firm Newzoo told GamesBeat.

And the studio is hoping that when it goes to China, it can replicate its recent success in Brazil. Path of Exile launched in South America’s biggest game market in December, and general manager and founder Chris Wilson told GamesBeat that Path of Exile doubled its player base with an official, localized version, and it’s hiring people to “do better marketing in the region.”

The lessons from Brazil are also helping Grinding Gear prep for China.

“We’re going to do pretty well, I think,” studio technical director and cofounder Jonathan Rogers said. “We did a closed alpha recently. The metrics were very good. [Tencent] said they’d never seen hours of playtime be that high for a closed alpha. Obviously it’s just wiped at the end of the test, so they were extremely surprised at the level of engagement there. The estimates we’re getting are very good. We think that it could rival all of our other regions.”

‘Only Nixon could go to China’

In gaming, this old Vulcan proverb translates into “you need a local partner.” Tencent is an ideal teammate in this regard, as the Grinding Gears gang is learning all sorts of things about localizing for the Chinese market. Like dealing with skeletons, a common enemy type in Path of Exile.

“A lot of changes are going to have to happen for the Chinese version. At the very least there’s all the changes we need to make for censorship reasons, skeletons and that kind of stuff,” Rogers said. In China, you can’t have skeletons and other dead things in your games unless they are cute, like in Plants vs. Zombies. “This hasn’t been just a content problem for us, but with our tooling as well. How do we make these two different versions without creating a nightmare to maintain?” 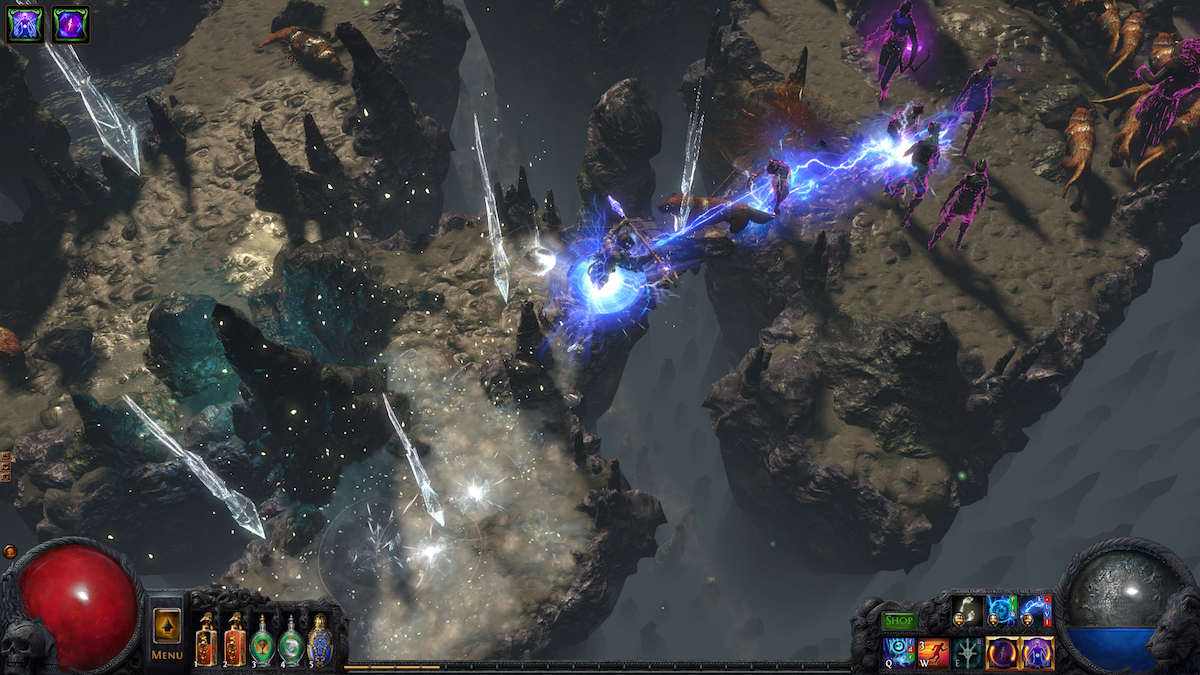 Above: Shambling undead may need to facelift for China. I would avoid turning them into fluffy pink bunnies.

Rogers turns back to the skeletons and how the studio could use a technological solution to address it.

“We’ve started to add technology for doing that stuff to our toolset. The other thing we’re trying to do, when we’re making new content — let’s say we want to make a monster — if we have a skeleton, we need to make a new monster that has similar characteristics in terms of speed and attacks and stuff like that. But it has to look completely different. The thing is, when we’re making a monster like that, we don’t want to waste that work. We may as well have it so it can work for the American market as well. For every market,” Rogers said. “That means we’re taking the opportunity to make a lot of new monsters that can make their way into the Western game as well. Especially in the map system [see here for Path of Exile’s latest expansion], where we can add as many different new types of monsters as we like.”

Grinding Gear said it could take up to eight months to get approval from Chinese censors. Path of Exile isn’t particularly political game, though Wilson points out one thing that may need to change beyond ghouls and ghosts.

“For example, in Path of Exile, one of the characters is lesbian. We don’t make a big deal about this, but it’s there. It’s mentioned in various bits in passing, this subtlety. This is something that wouldn’t be allowed if it was completely visible,” Wilson said. “We haven’t been asked to change it yet, because maybe it’s not noticeable yet.

“Maybe they haven’t seen it yet.”