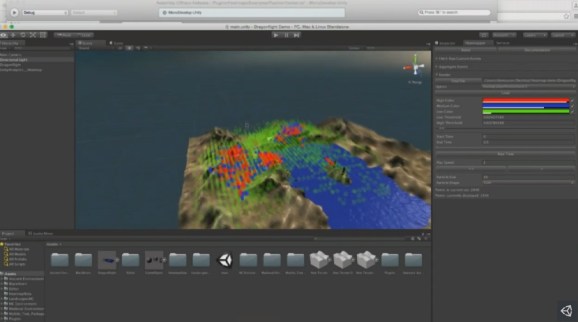 Unity Heat Maps show where players have been in a game.

One of the most popular tools for creating games is making it simple to release on Facebook.

Unity announced a new partnership with Facebook today, which will enable creators using the Unity game-making engine to publish on the social network. This will streamline the process of pushing games on Facebook. Social gaming became a huge business thanks to hits like 2009’s Farmville. However, much of that audience has since migrated to the $36 billion mobile market. Although Facebook gaming isn’t what it once was, it still represents a way for developers to reach a large audience.

“This will allow Unity developers to quickly deliver their games to the millions of people who enjoy playing Facebook-connected games every month, while giving game developers a chance to participate in an ecosystem that paid out over $2.5 billion to just web-game developers in 2015 alone,” Unity noted in a press release sent to GamesBeat.

Unity is giving early access to the new Facebook features to select developers via an alpha build. You can apply for that alpha here.

“Developers channel their talent and passion into creating amazing games, but development is only part of the challenge,” said Elliot Solomon, vice president of business development at Unity Technologies, in the press release. “Integrating tools that provide effortless access to Facebook’s network is a key part of helping developers find the success they deserve.”