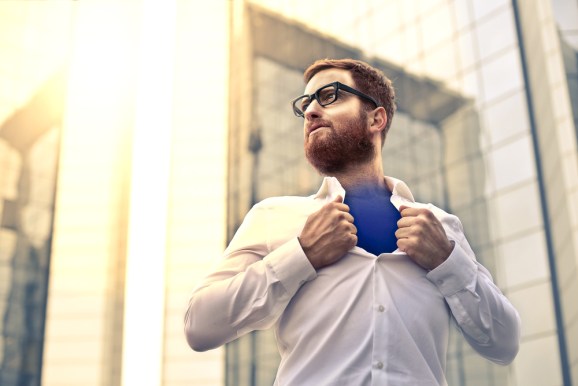 Every app developer starts out wanting to build an awesome app. But monetizing that awesomeness is often thought about much later, with very mixed results. Join our VB Live event featuring analyst Stewart Rogers and Maximo Cavazzani, CEO of Etermax (aka Trivia Crack) and learn how to cash in on your own version of awesome.

Every app publisher wants to build an efficient app monetization strategy as strong as Superman, but some haven’t quite found ways to overcome their kryptonite better than others. Building an all-powerful app monetization strategy means targeting users who will put down heavy cash for your app. However, a recent report by Swrve found that only 0.19 percent of all mobile game players contributed 48 percent of revenue. Naturally, publishers want to focus on the percentage of players that will spend, but how can they do so without alienating newcomers who haven’t established any potential to spend?

In a perfect world, developers would be able to create an app strategy that’s catered to a specific user’s needs. In the real world, however, developers need scalable solutions that can be implemented in a reasonable way. This may be a job for Superman, but we spared the Man of Steel by interviewing 176 game developers with over 1,100 games examining their app monetization strategies in our Insight report: Mobile Games Monetization: What successful game developers do differently.

So, what are successful game developers doing differently than the rest?

For starters, our 176 game developers used at least 482 combinations of mobile monetization companies in their games. People are typically using more than one monetization partner, and try out several before settling down with the ones they want to keep. Google takes the lead as the top monetization platform, but its dominance isn’t as overwhelming as its search engine, with a share of 80 percent. Developers are also very willing to try out alternative platforms that will produce profit.

For app monetization, diversity appears key. 58 percent of developers that earn $100,000 or more per month are using 4-10 different monetization strategies. In contrast, 50 percent of developers that earn less than $100,000 per month are relying solely on one monetization strategy. Clearly, using multiple strategies to find the best for your business model is the way to go, along with building several revenue streams in your games.

You could wait for Superman to try and save your app monetization strategy, but by attending this VB Live event, you’ll learn more about how to power up your blueprint for effective monetization.

In this webinar, you’ll learn to: