Samsung has designed a Bluetooth-connected speaker with a microphone that certainly looks like it could compete with Amazon’s voice-activated Echo and the forthcoming Google Home.

Samsung today submitted documents for the device, currently named Scoop, to the U.S. Federal Communications Commission. The documents include photos of the device and a manual. (Hat tip to Ausdroid for reporting on the news.)

Clearly the Scoop is meant to be mobile, as it comes with a strap, suggesting that you could carry it around while it’s hanging from your wrist. You’d be able to use “Samsung-approved chargers” to power it up, including one for the Scoop that would be sold separately. And a light on the top of the gadget would tell you when it’s out of juice, according to the manual. Also on the top are volume up and down buttons, as well as a play button that doubles as a Bluetooth pairing button, the manual indicates. Next to a power button on the side, a cover hides a USB jack and a charging port, a photo shows.

Despite being a major consumer electronics maker, Samsung is not especially well known for speech recognition, which is key for a voice-activated devices such as the Echo. Companies like Apple, Baidu, and Microsoft are better known in this area. It will be interesting to see if Samsung ends up employing speech recognition software from Google in order to power a device like the Scoop, just as it relies on Google for the core of Android in its phones and tablets.

And it’s unclear how the speaker would connect to a Samsung mobile device. The manual makes no mention of a companion app, which the Echo has. 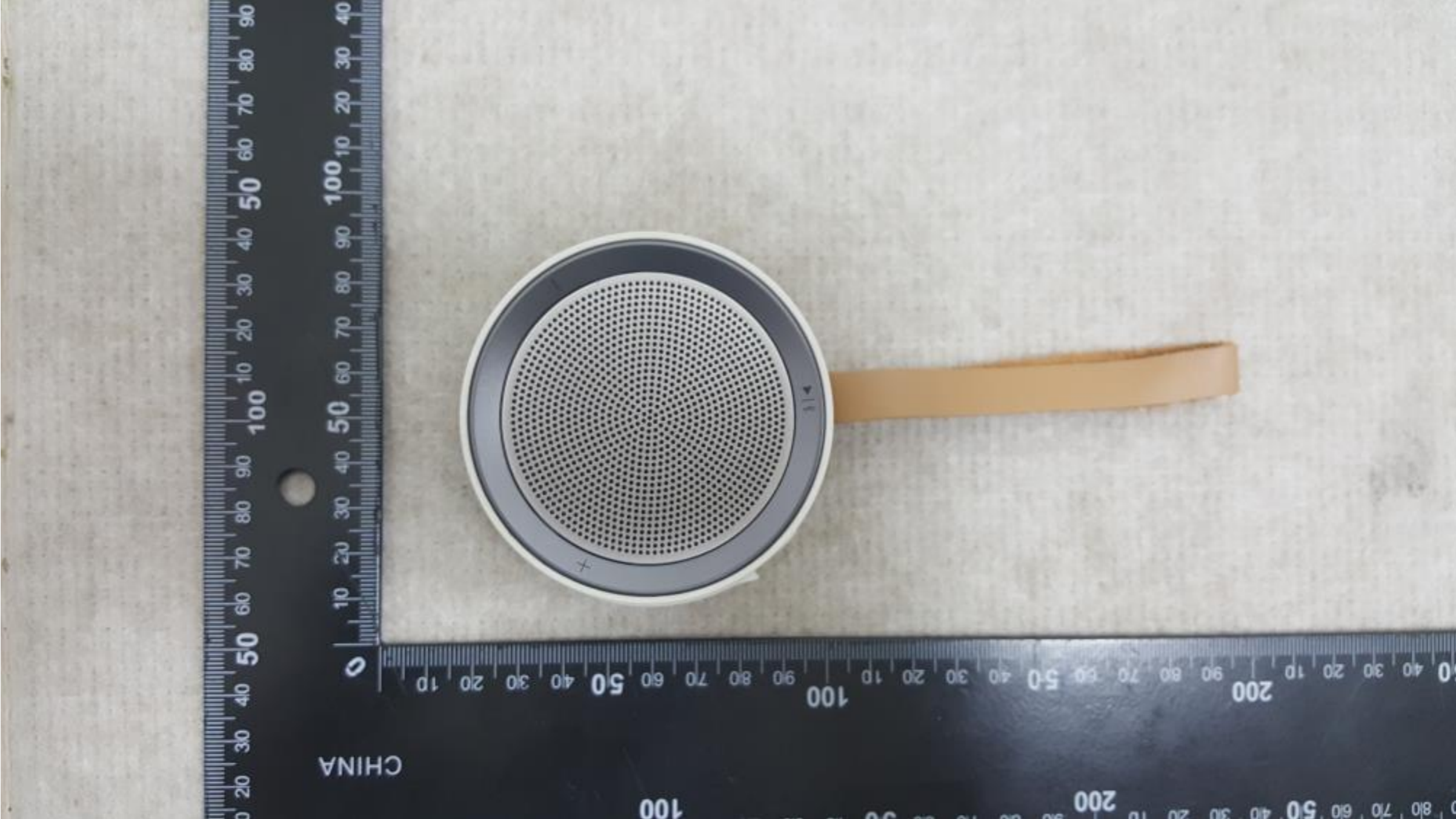 Above: The top of the Samsung Scoop. 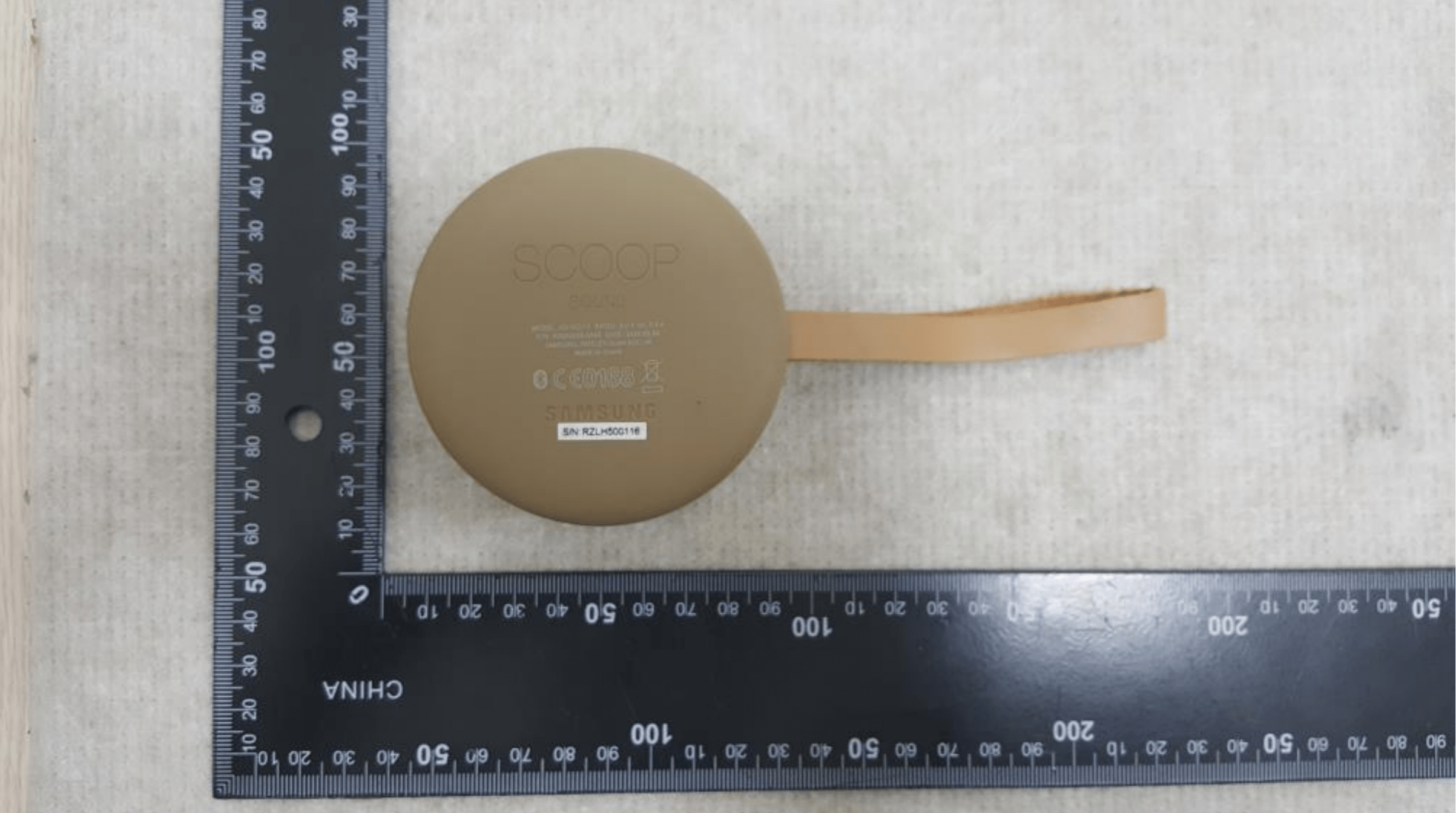 Above: The bottom of the Samsung Scoop. Above: The back side of the Samsung Scoop. 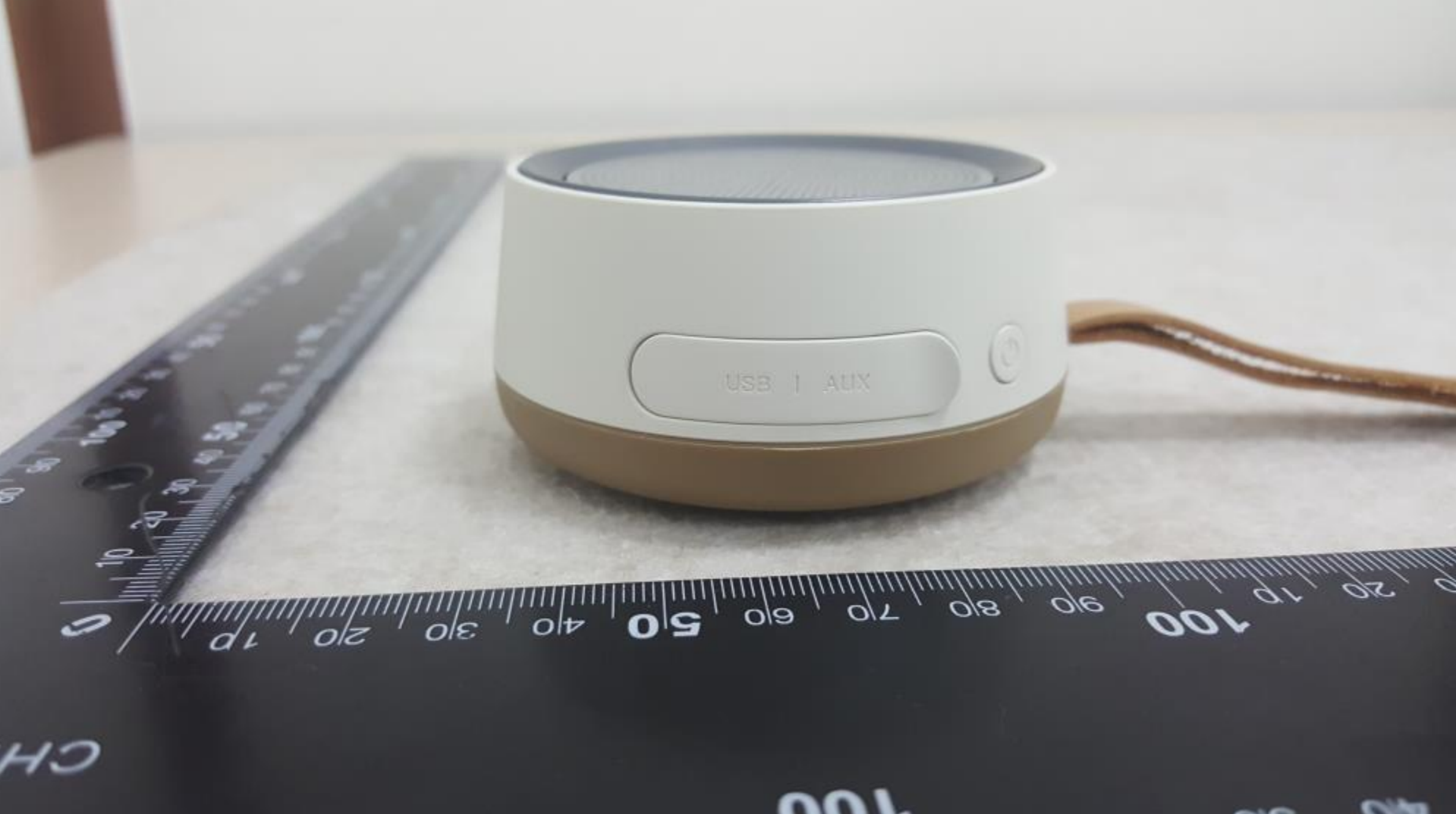 Above: The port cover on the Samsung Scoop. Above: The strap on the Samsung Scoop.

Of course, it’s unclear if Samsung will ever come out with the Scoop, given just these documents. Samsung declined to comment.